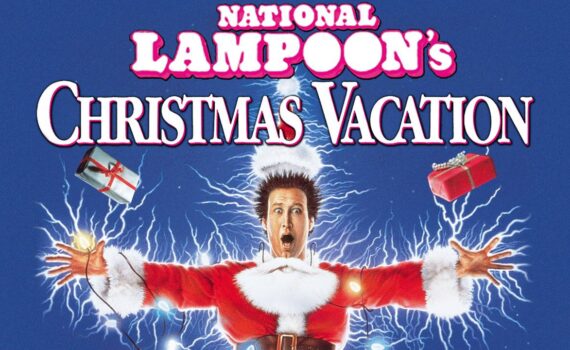 John Hughes does it again, writing perhaps the most iconic Christmas film since Rudolph, and one of the dumbest, funniest family comedies of the 80s & 90s.  And somehow, not only is this movie silly, but it’s also so realistic, showing how each one of our darkest Christmas nightmares could come true and ruin the entire season.  That’s what makes this film great, that combination of goof and honest doubt, wanting your week to be great while, like Clark, desperately holding out against the probability that it definitely won’t.

We know the Griswolds from their disastrous family vacation, but now we visit them during the holidays, when they are expecting multiple family members and numerous household disasters.  Clark is the ultimate optimist, but even his edges get frayed when ruin after ruin strikes the homestead and the Christmas cheer; sewer gas, dry turkey, rabid squirrels, unwanted relatives.  But with his lovely wife Ellen by his side, and his kids Audrey & Rusty to take care of, Clark will push through the pain and have fun no matter what; Merry frickin Christmas!

So much festivity, so much insanity.  This is all my holiday nightmares combined into one long disaster, and it’s so nice that Clark has to deal with it and I don’t.  He makes every awful thing hilarious and bearable somehow, and that’s his greatest strength, pushing through with a smile on his face through literal shit.  Poor guy, but he’s the everyman, he’s us, and that’s so cool, what a great concept; thanks John.  Also, the holiday spirit has arrived, because this is the movie to get you in the mood (for next year) and check all your Christmas boxes.  It’s so fun, packed full of quotable moments, iconic in every way, and excellent every single time you sit down in front of it.