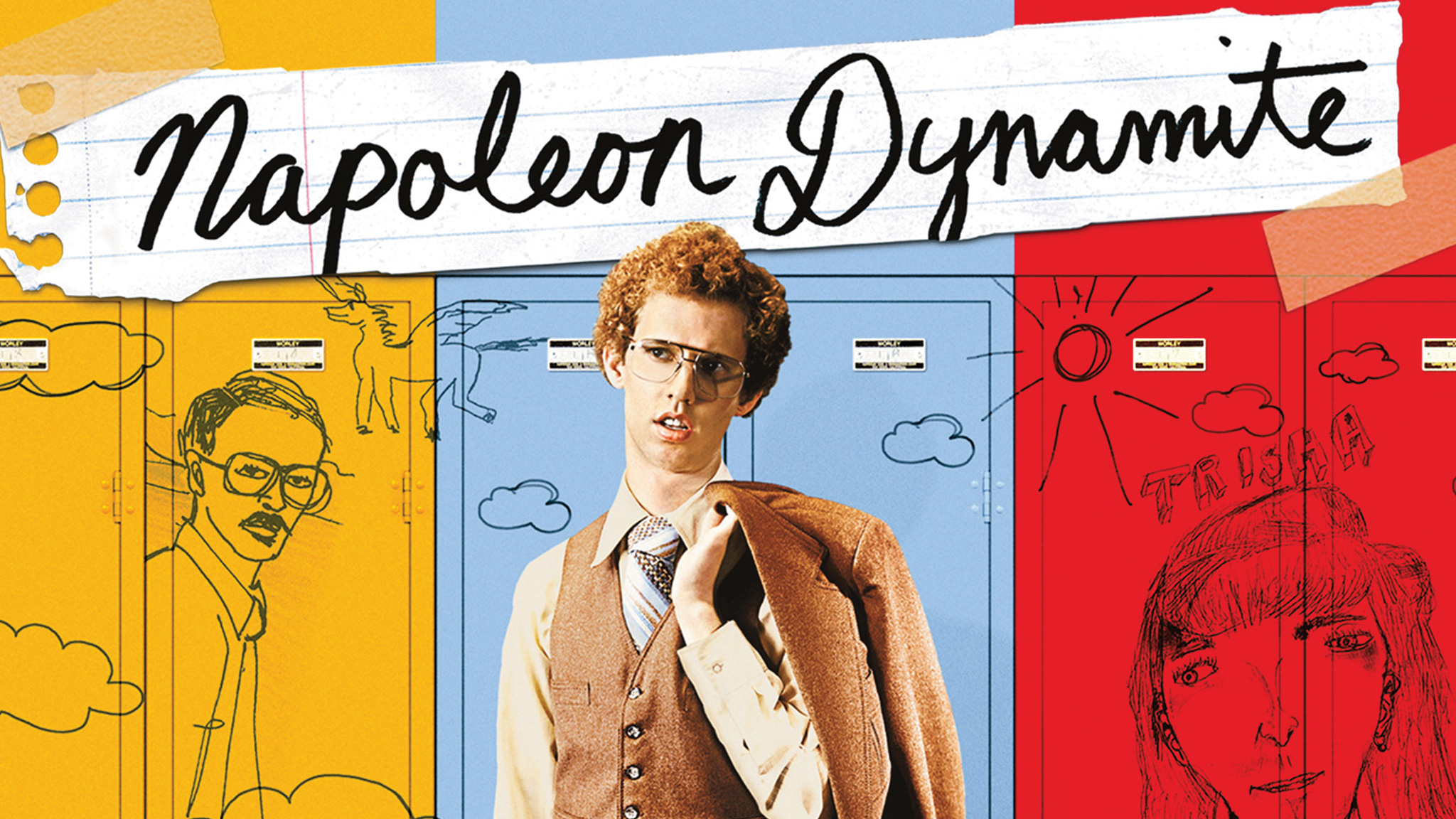 I will always love Napoleon Dynamite for its utter originality, and for its blatant disregard for anything approaching normal.  It’s the most bizarre comedy you’re ever likely to see, a coming-of-age tale about the world’s biggest weirdo, who has a family to match, set amid a timeless background that makes audiences feel nostalgic for the 70s, 80s, and 90s all at once.  At a time when movie quotes were my passion, Napoleon provided some of the best in history, awkward phrases that still make me laugh today, and there aren’t many weeks that go by without a prime opportunity to look exasperated and say, in an attempt at his one-of-a-kind voice, “Lucky!”  Consider yourself just that if you grew up with this film, because you got to experience pillar characters and content, if from a random, unlikely source.

Napoleon lives with his free-spirited Grandma and his unemployed, 30-something brother Kip, in a small town in Idaho.  The entire family is bizarre, including the washed-up and often creepy Uncle Rico, but Napoleon might be the strangest of all, or at least the least comfortable in his own skin.  He dresses strangely, draws fantasy creatures, constantly lies about his adventures outside school, and can’t find anyone he fits in with, simply floating grumpily through his own existence with his head in the clouds.  But he’s about to meet two equally unique people who will become his friends and change his life; Deb and Pedro.  Deb sells glamour, though she’s not very outgoing herself, and Pedro has a quiet confidence, though mostly he’s just quiet.  Together, the trio can take on anything, including running a campaign for Pedro for School President and maneuvering lame high school dances.  Perhaps Napoleon can get by with a little help from his friends, because if anyone could use a helping hand growing up, it’s him.

Our hero and title character is great, with his breathless indignation and constant low opinion of humanity.  And obviously he runs the show, the movie is named after him, he’s the driving force for all the comedy.  But it’s the side cast that makes this film magical; without them it would simply be funny, not monumental.  Kip will kill you with his dry, nerdy, embarrassing demeanor, and how they arc his role is so wonderfully weird.  Then there’s Uncle Rico (or Lazio from Real Genius, if you remember that one), and he’s so uncomfortable to watch that you go full circle and start rooting for him to win at something for once in his life.  Tina Majorino from Corrina, Corrina, Diedrich Bader from Office Space, Hillary Duff’s sister for some random reason; the acting doesn’t have to be amazing, because the character’s are already written that way.  Jared Hess would continue to be a oddball director for a few years, but could never top his debut film; Napoleon Dynamite is the kind of icon that can’t ever be matched.