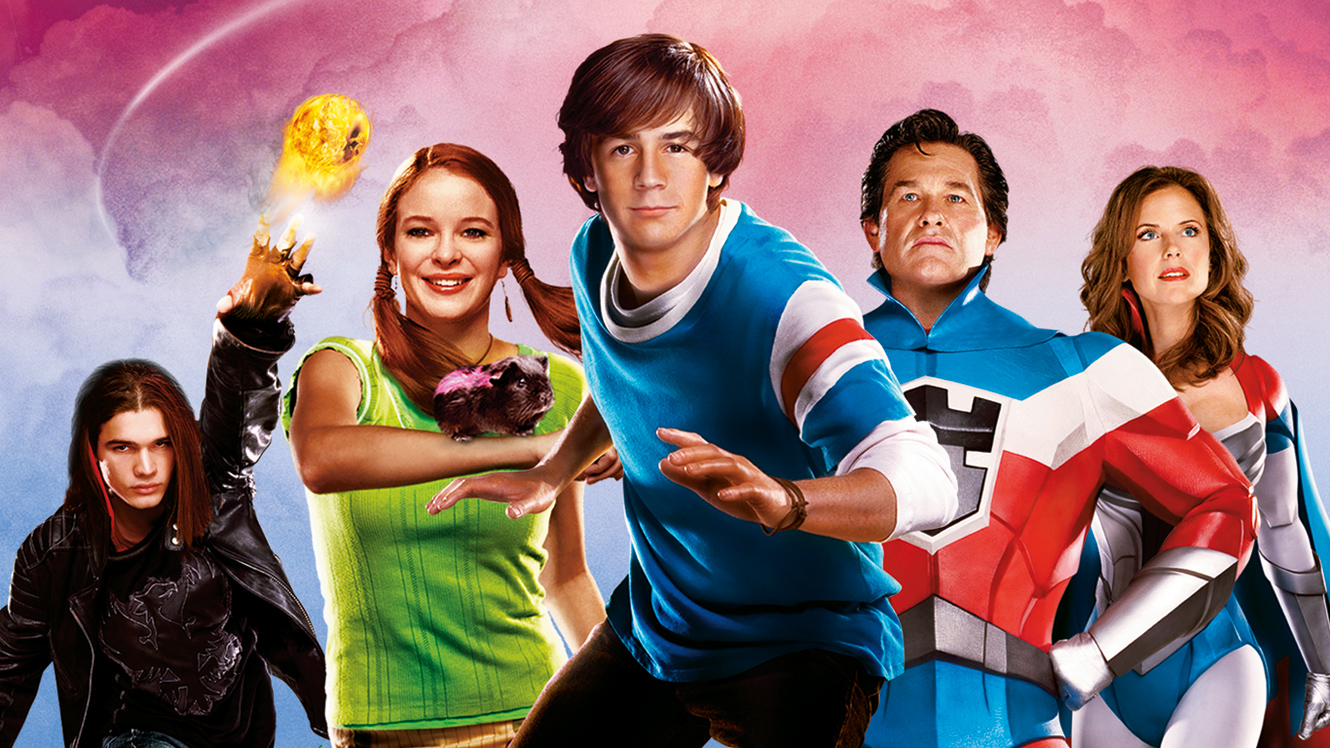 It’s approaching 15 years ago that my nephew was obsessed with Sky High and watched it over & over again.  I’d go over to my sister’s to play cards, she’d pop in the film, he’d enter another world, and the adults would relax; good times, noodle salad.  And I even remember laughing at times at the lines I was hearing in the background; “Sidekick!” when a kid messed up, “Bus Driver.” so no one forgot one character’s job title.  But it wasn’t until now that I sat down and watched from start to finish, this time with my son, who was ready with laughter at every prat fall and silly joke.  For that matter, so was I, and I enjoyed this Mid-Grade movie perhaps a little more than I thought I might.

Will Stronghold is the son of the two most famous superheroes in the world: Jetstream & The Commander.  To him they’re just mom & dad, but to average folk they are the pair who protect the innocent, who keep supervillains from taking control.  But when it’s his turn to begin training at Sky High to become the next savior of the planet, Will finds that his powers haven’t emerged yet, and that’s a sure ticket to being a lowly sidekick; not what he’d been imagining all these years.  His abilities may or may not come later in life, there’s no telling, but for now he will have to learn that being a part of a team can be just as rewarding as being a leader.  And when a villain attempts to take over the school, it’s the misfits who will have to step up and take control.

The humor of Sky High is inexplicably smart, or at least clever, and maybe that’s not so surprising, coming from the director of Trolls and Lego Movie 2.  Well, those movies aren’t exactly brilliant, they’re good though, and so is Sky High, a nice balance between kid comedy and passable quality.  It’s a little like Spy Kids, but SO much better, more like Harry Potter, but not as strong.  Somewhere in the middle, there’s a place where it’s OK to laugh at dumb jokes and then nod at a witty comment; a place for fun, really.  And this cast worked wonderfully, without them there’s a chance the same writing and direction doesn’t work: Angarano, Russell (who cracked me up), Winstead in an early role, Kelly Preston, Kevin Heffernan from Super Troopers, Lynda Carter, Bruce Campbell, Steven Strait from 10,000 BC, Cloris Leachman, Dave Foley, Kevin McDonald from Kids in the Hall.  Quite the team, and what’s more is they worked, which was maybe unexpected.  Sky High is like that; it’s a better movie than you might think.