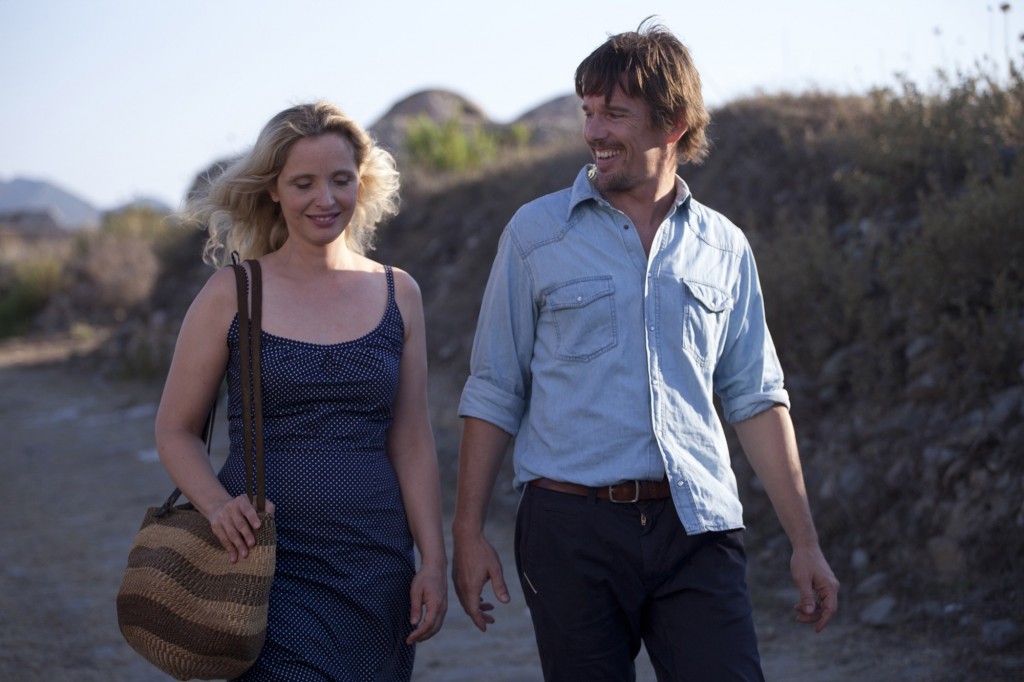 Before Midnight marks the third and perhaps final film in Richard Linklater’s time-spanning series; a fourth would arrive in 2022 if the pattern holds, so you’ve got a few years to anticipate.  Before Sunrise and Before Sunset are both romantic gems in their own right, apart from being pieces in an incredibly intelligent trilogy, and should be considered quality cinema at its finest.  I enjoy what Linklater did with time here, I don’t mind the gimmick, and I’m a fan of the series as a whole, the second being my favorite.  But I have to say, I was slightly disappointed in the third, especially after its high marks from critics and after I loved the story as a whole so much.  I found #3 to be a bit too bitter, a touch too depressing.  Check back with me in ten years I suppose, when I’m in my 40s like these characters, but right now I want to believe that love is magic, not that love can turn sour or that romance can fade away.

Jesse & Celine have been together for nine years now, and we meet back up with them in Greece where they are on holiday.  Jesse is a writer, Celine is an environment advocate, and they have two beautiful daughters together.  Life is great, except when it’s not.  Jesse misses his teenage son and wants to spend more time with him.  Celine misses her career and wants more time away from the duties at home.  Both have grown accustomed to each other, which has dimmed the fire that once burned so brightly; an inevitable outcome perhaps.  We see this couple at a crossroads, where the rest of their lives hinge on the decisions that they make as a couple, on choices based on a love they once had but a love that might have become too strained to last.

Again, I understand that I loved the second film the most because I watched it while in my 30s and that’s exactly where the characters were too.  The first film was a little pretentious because they were 20, this one is a little sad because they’re 40, I get that, and I understand that I’ll need to sit down for a rewatch in ten years to see what inside myself has changed.  But, for now, I was put off by the bitterness of this couple’s relationship, one that I’ve been rooting for through two films now.  I’m not trying to give away the plot or the ending, I just felt the conflict between them, it was very real, and I was saddened by it.  Perhaps this was very personal for Linklater, very hard for him to create, and perhaps he deserves our respect for that.  I just didn’t enjoy this third film as much as the other two.  It had more other characters, it was much darker, and I’m not sure Delpy is the greatest actress, she may have just been perfect as the young, passionate French girl.  Still, you have to watch this movie if you watched the other two, and there are positives, I don’t mean to cast a shadow on a wonderful story arc.  I simply didn’t like it quite as much as the others, most of which is probably completely on me.