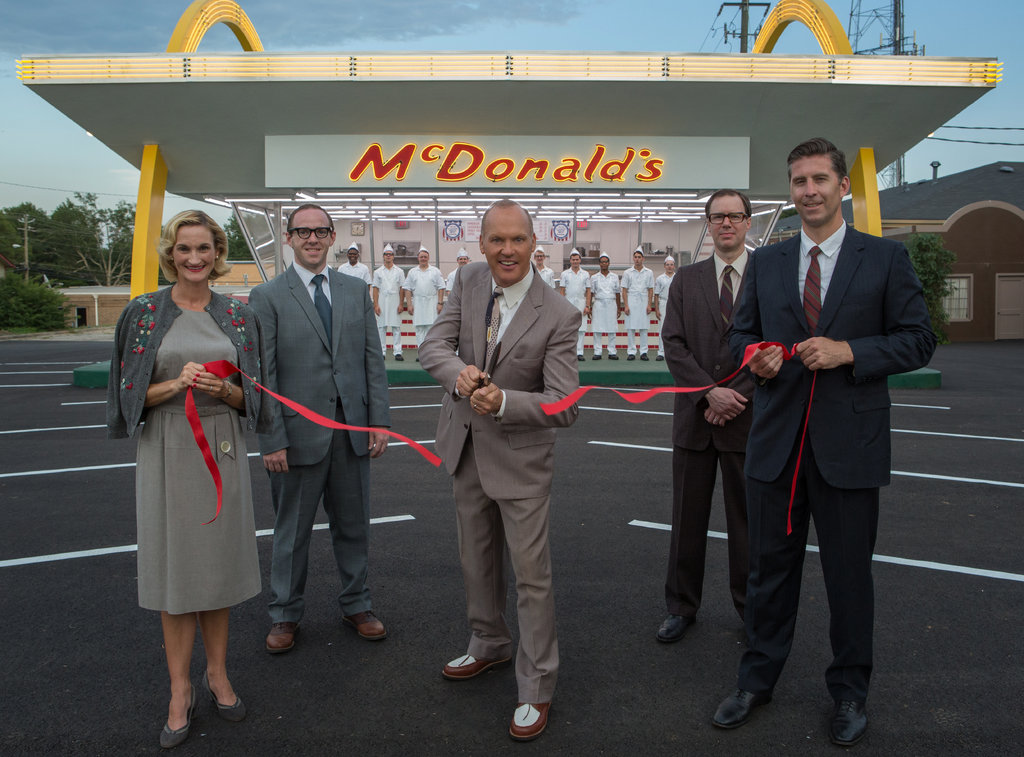 Michael Keaton’s rise back into our line of vision began with Birdman, continued with Spotlight, and now takes the form of The Founder, a biopic of the man who kinda sorta starting McDonald’s.  Keaton isn’t a very good actor; can we just say that?  He made his mark in the 80s, returned with a vengeance only a few short years ago, and now seems here to stay, but his talent definitely explains his long hiatus.  You might like him, he might star in a few solid features, but the stand-alone, make-a-movie, put-it-on-my-shoulders talent just isn’t there, and then there’s the fact that he looks a little funny, which I recognize is a Me Problem.  Anyway, Keaton isn’t Hanks, but we watch him anyway, and this time it’s a good thing we did, because this film is actually very good.

Ray Kroc is a salesman and a hustler, a road warrior who leaps from one “amazing” product to the next, always looking for the new hot item that will actually produce some sales.  Currently he’s on the Multi-Mixer, which can make five milkshakes at once, something literally no one needs.  Except one strange burger joint out in California, they can’t keep up with demand, and Ray wants to know why.  He meets the McDonald brothers, Mac & Dick, who have stumbled upon something amazing; a walk up restaurant that serves only a handful of quality items, a far cry from the popular drive-up, hang-out spots that cater to any taste.  But the thing is, McDonald’s is making money, and they’re doing it by stream-lining their entire system, having food & drink ready in 30 seconds.  Ray sees the genius of this idea and wants to franchise, which will start a global company that changes the entire game.

It’s a fascinating film, one that has so many implications that it’s difficult to envision them all at once.  As unexciting as this movie was (it’s just a true story, biopic, how-the-company-came-to-be tale after all), I actually want to watch it again, which is saying something.  How this restaurant grew from a family-run local place to the giant it is today is pretty awesome, and it’s also frightening how it began as a store focused on good food and turned into something that serves who-knows-what.  Kroc took McDonald’s to another level, but left a lot behind in the process, which is so interesting to watch play out.  And on the technical side, there is some stellar direction on display here, key little moments that are extremely impressive, especially given their placement in this genre of film.  Keaton was OK, he’s just OK, I don’t know what else to say, but at least he pulled it off and let the story speak for itself.  Watch and then research; it’s quite shocking and also evenly entertaining at the same time, something not a ton of features can muster.