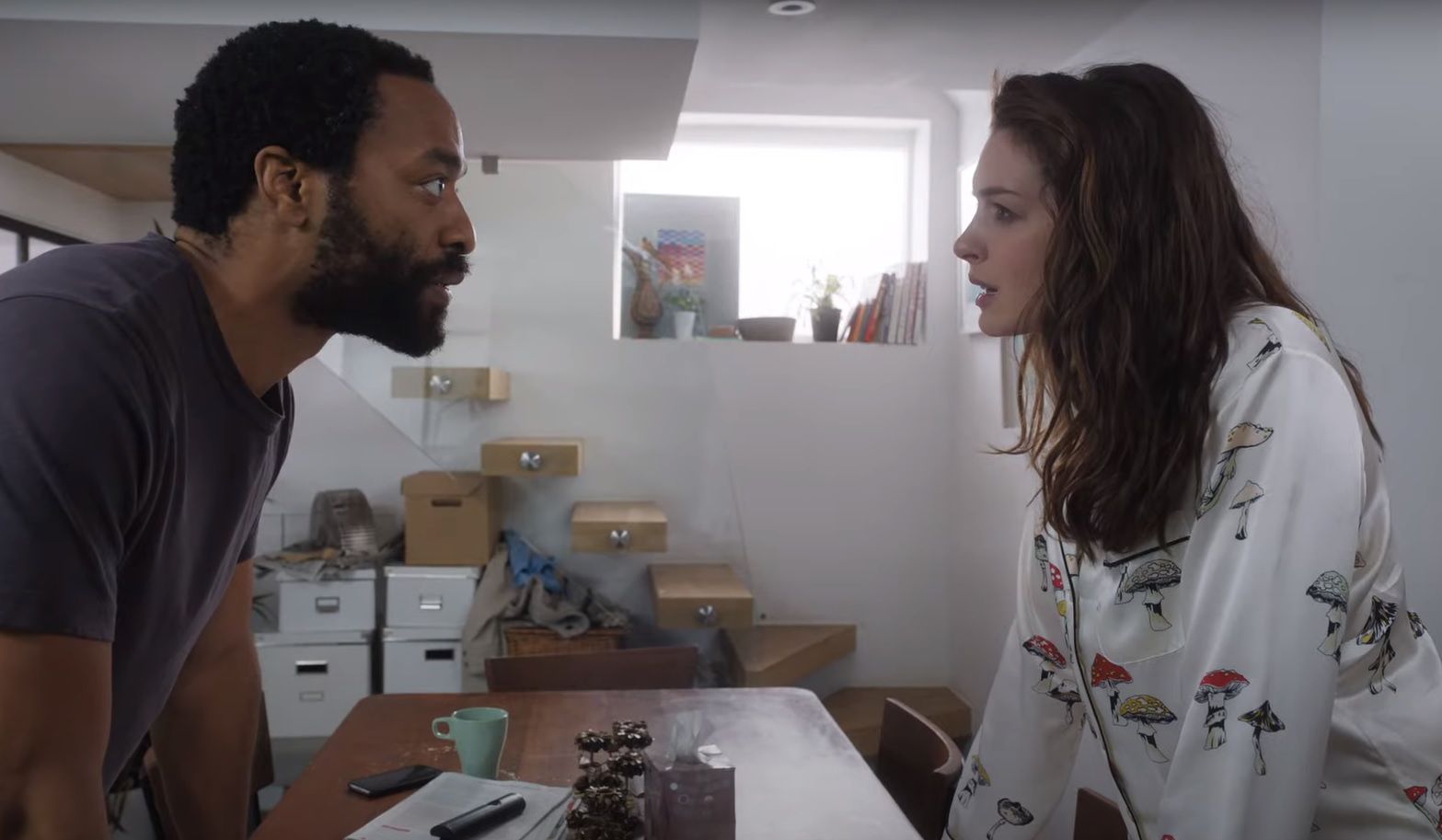 Locked Down was made during the lock down, and it still feels wrong to be a making a movie reflecting on the lock down.  It also isn’t a very good movie, so that doesn’t help, but one of its major, unsolvable problems it that it covers a subject (being stressed out during quarantine) that we simply don’t want to see covered.  Will we ever?  I doubt it, because even those of us who coped quite well and were lucky health-wise might never want to revisit this time, especially to check in on randos to see how they were dealing with it.  Locked Down isn’t awful, it’s just awfully ill-conceived, and then, yeah, you know, sometimes it is actually just a little bit awful.

Paxton and Linda were preparing to break up when Covid came, and now they’re stuck with each other, at least until the lock down is lifted in London, which, God knows when that will be.  Setting aside the more morbid and terrible side of the virus, it’s hard on people to spend all their time with the same other people every day, all day, especially when you were planning on splitting from them anyway.   Linda is a big time corporate stooge who hates how her job murders her morals, and Paxton is an intelligent & sensitive van driver, who can’t get ahead career-wise because he has a criminal record.  That will come into play when, as fate would have it, Paxton is hired to drive the security van for Linda’s company’s transport of a super-expensive diamond, one that could very easily go missing and no one would ever be the wiser, in a time when the world is confused, isolated, and just trying to figure out what the hell is going on; yeah, sounds familiar.

This isn’t really a comedy, a crime drama, or a romance; it’s more a Zoom experiment and a film school skit.  It’s not funny, adventurous, or heart-warming, it’s almost nothing, no genre at all, which I understand would make for an unusual label, but that really would be more accurate.  Locked Down is something that happened because a lot of people were bored, and that doesn’t make it bad specifically, but it does make it something that really, probably, honestly shouldn’t have happened.  It’s about the pandemic, but it’s also just about the human experience, but done in a way that’s incredible boring, and its 2-hour run time was way too long for such lack of filler.  The movie could have been 40 minutes shorter, should have been 5x more exciting, and perhaps tried a little more convention; sometimes audiences want a little normalcy.  Hathaway & Ejiofor were fine, the side cast was fun, the story could have succeeded, but the director missed the point, instead making a pet project that I can’t see anyone really enjoying.