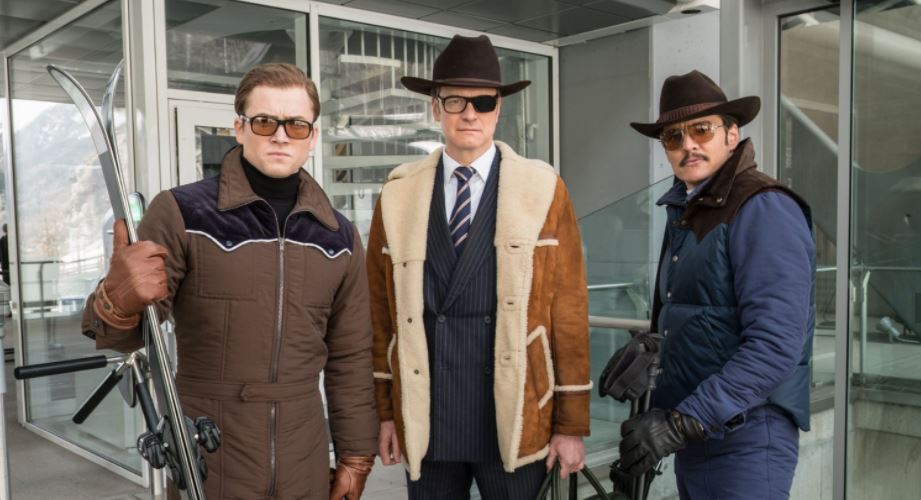 I was shocked that I liked the first Kingsman so much, and I still have trouble recommending this movie to friends.  They don’t believe that it’s good, despite its success and its high ratings; they just can’t get past the fact that it shouldn’t have worked, they can’t allow that it did.  I understand, I was surprised myself by how much fun I had simply sitting in the audience, how well the ridiculous story worked when it shouldn’t have been able to be so silly and yet so cool.  Taron Egerton was the secret ingredient we didn’t know movies needed, and the kid has exploded onto our screens since this role, so a ton of the success of the film has to be credited to his talent.  But it wasn’t just him, it wasn’t just the farce element, it wasn’t just the gore.  Kingsman was a well-rounded and well-planned feature, it’s much better than I had expected, and a sequel was inevitable.

So Eggsy is the new Galahad, the Kingsman saved the world, and they stand as Britain’s defense against the darkness that is sure to threaten us again someday, in some form.  Eggsy also has a girlfriend, the Princess of Sweden, so he’s balancing being a badass superspy with meeting the parents, which is exactly as hard as it sounds.  Meanwhile, a drug queen named Poppy, who also happens to be certifiably insane, has a plan to make her business legitimate, taking the entire planet hostage with a strain of recreational drug that cause death, and for which only she has the antidote.  The Kingsman will have to stop her before it’s too late, but they need help from their American counterparts that they didn’t even know existed; the Statesman.  United with these whiskey barons from Kentucky, a formidable force is created, one that might just win the day once again. Again, and based purely on the smell test, Kingsman shouldn’t be as awesome as it actually is.  The over-the-top fight scenes, the unbelievable antics, the wacky gadgets, the crazy villains; it’s so mad that there can’t possibly be a method.  But, surprise, there is, and it really shouldn’t be that shocking, since Bond and other spy movies have been this ludicrous for years, we just accepted them without question.  What Kingsman does is deliver us the same recipe, boosting the flavor up a notch, and daring us not to find it delicious.  The second installment works just as well as the first, and I think it’s fair to say that they’ve found a niche that audiences didn’t know they needed filled.  As long as the franchise keeps just one toe on the ground, this is something I can see working for a future third film, and perhaps even beyond.

The sequel was never going to be quite as good as the original though, and when held up next to Oscar-contenders, it does make you question the idiocy that you just enjoyed, but that doesn’t mean watching The Golden Circle can’t make for a delightful evening.  Taron Egerton has the ‘it’ factor, Mark Strong is solid, and Colin Firth is back from the dead, which won’t be a shocker since he’s in all the trailers.  The new villain is Julianne Moore, who I liked as the psychopath who wants to control the world.  And here’s the fun celebrity addition; Elton John.  No, really, Sir Elton, he actually has a big part and is wonderful, go figure.  I do think movies are using ‘Country Roads’ too frequently, the Americans really sucked (Channing Tatum, Halle Berry, Pedro Pascal) with the exception of Jeff Bridges, and the movie was simply too long, so it was far from perfect.  But hey, have a good time, blow up some henchmen, destroy a lovely suit, see computer images in your glasses, knock yourself out.