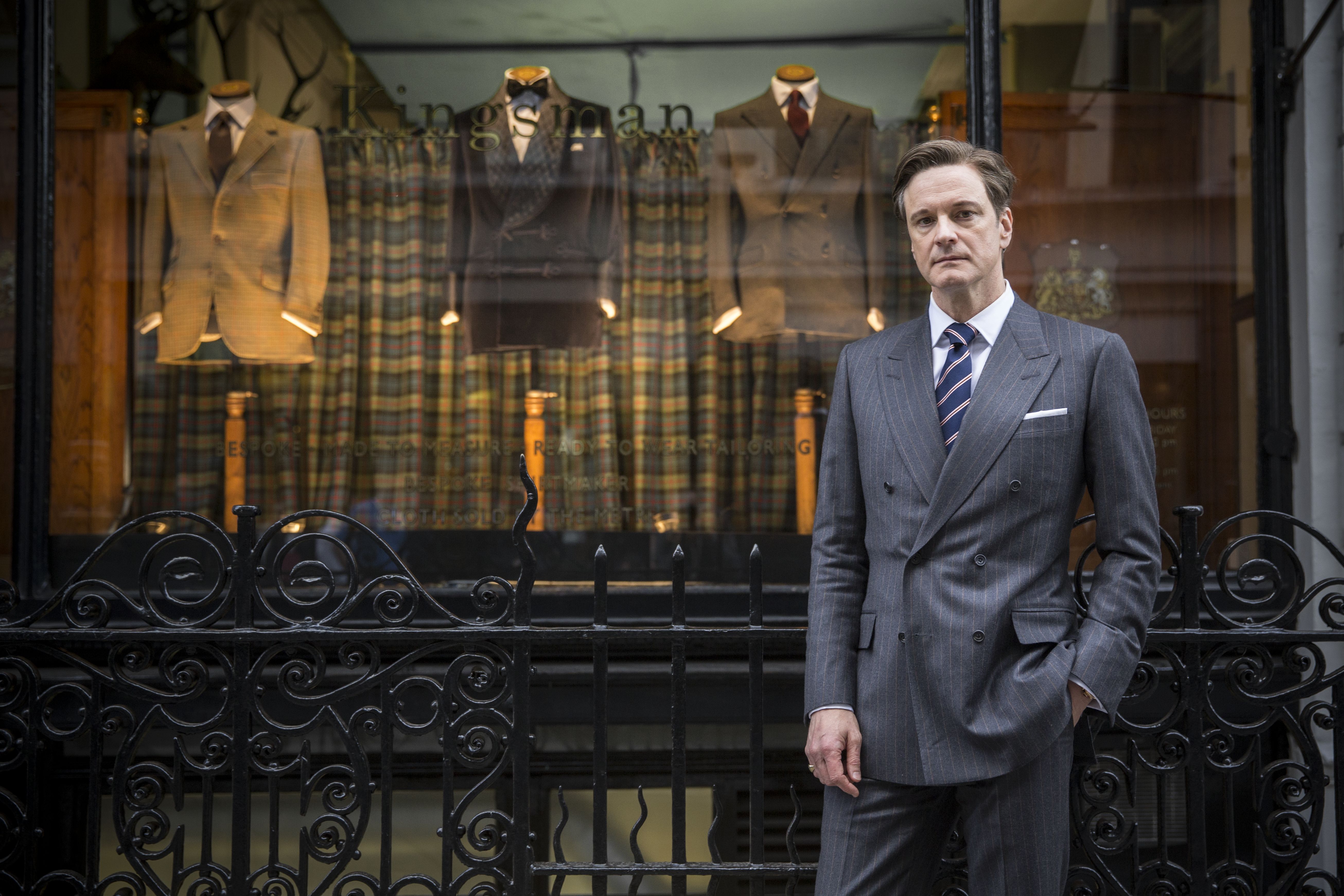 When a movie starts out with the bombing of a Middle East fortress whose exploded bricks spell out the credits, one might become concerned.  When the first scene of that movie includes Mark Hamill and a woman with knives for feet, that concern turns into alarm.  Truth be told, I never expected high quality entertainment from a movie about young intelligence agents, a hopped up Spy Kids as it were.  When I first saw the trailer back in June of 2014, I guessed that it would end up being a 2/5 star film, an action-packed dud with too many one-liners and not enough original content.  I like James Bond as much as the next person, and I like Austin Powers too, but success might lie in picking one or the other as a model, not splitting the difference and emulating both.  Well, as often happens, I was wrong about this film, and, as happens just as frequently, I’m glad I was.

Meet the Kingsman, a group of internationally active spies and investigators whose mission is to the keep the world safe from the shadows, to change the future for the good without ever receiving credit.  When a member is killed while attempting to discover the secrets behind a new terror plot, the Kingsman must each appoint a candidate for the vacancy, beginning a competition for the most dangerous job in the world.  Harry chooses Eggsy as his project, the son of a former Kinsgman who was also killed while on duty.  Eggsy is street tough, skilled beyond what his address might reflect, and more than ready to make his mark.  But while the new recruits train, a madman is on the loose.  A world-famous genius named Valentine is hatching a plot to begin a New World Order, and only the Kingsman stand in his way, ready to do whatever it takes to save the day. There were two things that surprised me about this film: the ridiculousness of the action and how much that added to my enjoyment.  From the very first, it’s an over-the-top and chaotic mix of action & spoof, of silly deaths & comic falls that bring gasps as often as laughs.  I wasn’t expecting such cheek, such flippance, such irreverent dark comedy that never asked for permission to disgust & surprise.  And I didn’t expect so much blood, so many dead bodies, and so few breaks from the action.  It was a wild ride if ever there was one, a joke of a movie that quickly became a joke on audiences, a slap to the face that you began to enjoy after the initial shock wore off.  The story was part farce, part adventure, part spy flick, and always high motor.  Sit down ready for few breaks, even fewer missed beats, and a whole lot of kick-ass.

Kingsman proved me wrong, showed that you can make a mash of drama & comedy and come out with something worthwhile.  It’s a bit Bond, a bit Powers, a bit silly, a bit gory, and a lot of fun.  Colin Firth as Harry Hart, or Galahad as he is code-named, is the epitome of a gentleman under pressure, the suave Brit who can kill or choose a shoe with equal expertise.  Taron Egerton, the brand new face, was spectacular as Eggsy, with a great accent and even greater presence, holding his own among such great company in a way that shows a star may have been born.  SLJ, the old standby, is one hell of a villain, bringing his own form of incredibly goofy behavior to what could have been a throwaway role, changing it into a show-stealer.  With a cast rounded out by Michael Caine, Mark Strong, and Jack Davenport, Kingsman just might claim the title of most entertaining film of the year.  If it’s perfection you’re wanting, go somewhere else.  But if excitement & enjoyment are your goals for the evening, look no further.