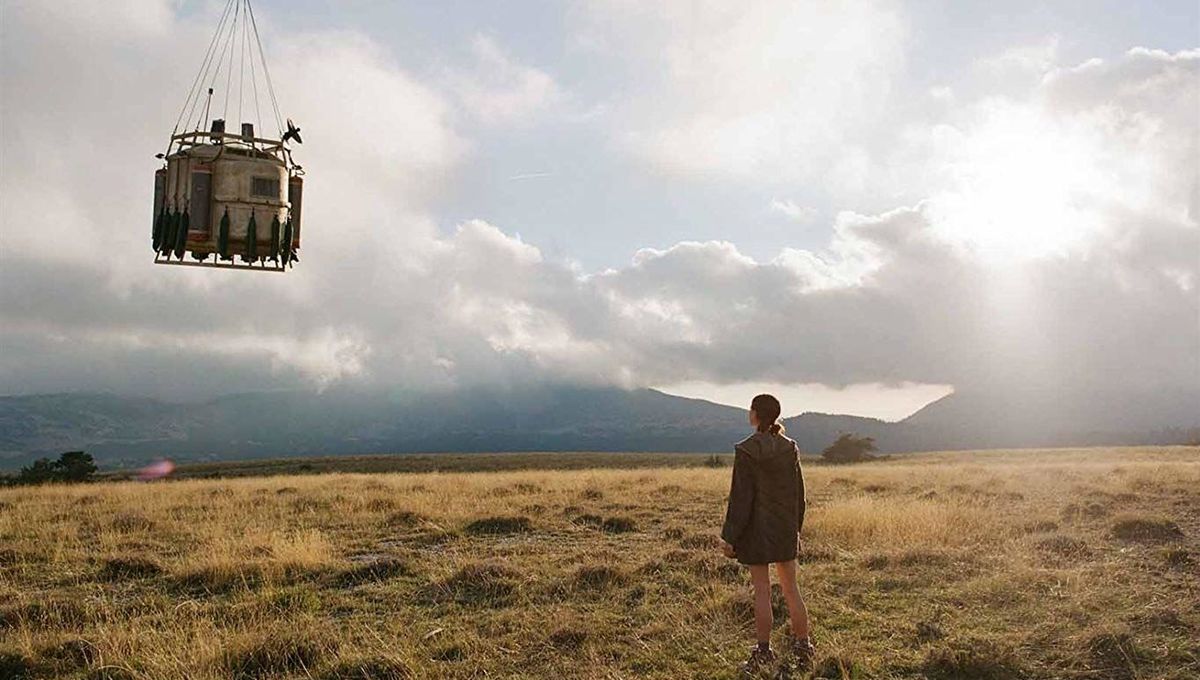 I knew I was in trouble when the main character started pronouncing words incorrectly, including THE TITLE OF THE DAMN MOVIE!  It’s Io, like EYE-oh, not iO, like aye-OH; everyone watching this film isn’t a Buckeyes fan who just heard someone yell “O-H!”  And then there was enclave, which she said as N-clave instead of On-clave, which I think is technically correct in English, but really bothers me because I think the original French sounds much better.  Anyway, I completely digress, but blame that on the content of the film itself, which offers nothing and only begs to be taken apart piece by piece and ridiculed.  Any other movie I would be forgiving to small flaws, especially ones that I was probably inventing, but Io doesn’t deserve our sympathy; audiences deserve it for wasting 90 minutes of their lives on something this pathetic and basic and awful.

Mother Earth has kicked us out of the house, and we won’t be invited back.  The air we breathe has become deadly to our lungs, and has also killed off basically every species of animal worldwide.  Most humans have taken Exodus transports to a space station that orbits Io, a moon of Jupiter.  There we can survive and look for new worlds to call home; the Earth has nothing left to offer us.  A few have stayed behind to study what went wrong and if there remains any way to reverse it, but they’re mostly losing hope.  Sam is the daughter of a famed scientist who preached refusing to give up, but she’s alone high in the hills where the bad air doesn’t reach, watching her bee colonies die one by one.  A man named Micah, on his way to the last Exodus shuttle, lands to see Sam’s father and the two begin to see in one another aspects they have lost within themselves, and the decision to stay or go, together or separately, will be the hardest they ever have to make.

I think Margaret Qualley has potential, if not exactly cemented yet (Novitiate), and I think Anthony Mackie is really likeable, if not exactly mega-talented (Captain America), but either they were the absolute worst pair to be cast in this film or else the movie itself couldn’t have supported the two greatest actors in the world, and I’m leaning toward the latter.  This duo isn’t magic, that’s for sure, and maybe they will prove not to be amazing talents, but the story couldn’t have been performed well under any conditions, its writing and its direction quickly proving to be a thing of maddening inadequacy.  It stole most of its ideas directly from preexisting sci-fi and from Z for Zachariah, which is SOOO much better, and the film’s three different writers were never able to produce something original and viable.  The dialogue was stupid, the pacing was glacial, the feel was chaotic, there was no evidence of talent around any corner, the surprises were not surprising, any sexuality was extremely awkward; there is literally nothing that comes to mind as a positive to point and to cling to.  Netflix should be ashamed that they released this movie after someone must have seen the final product and must have known how terrible it was, laying it on us anyway because it was scheduled, when it really should have been shelved for all eternity.