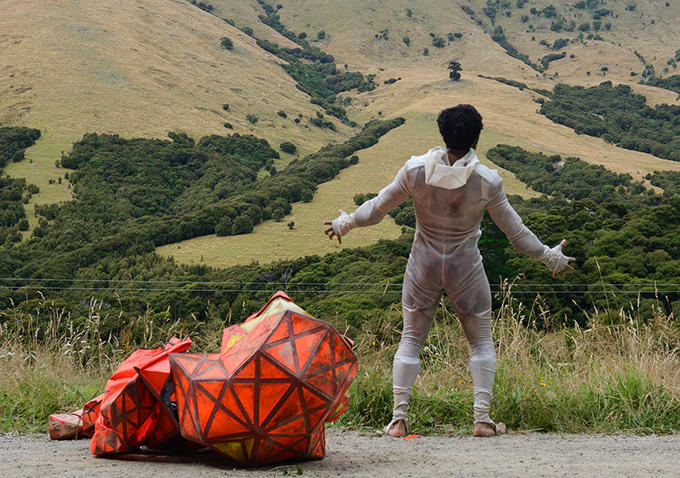 You might think that it would be a bad thing to walk out of a theatre not understanding all of what you’ve just seen, to go home not exactly knowing what happened at the end of the film, what becomes of the main characters, or even what the title of the movie is referring to.  That might make Z for Zachariah seem like a confusing mess of metaphors that aren’t worth the 90 minutes it takes to absorb them, especially since it won’t be until days later that some make any sort of sense.  But for anyone who likes a challenge, for those who watch movies in order to be forced to think, for audiences who like mood just as much as story, this film has an Enemy depth that seems hard to appreciate at first glance, but will be well worth your time.

In the near future and after a global apocalypse, very few people remain on Earth.  Nuclear radiation has killed most living things, leaving cities abandoned and the planet revolving without humanity to watch it spin.  But in a small town nestled in a rural valley, one woman lives on the best she can, waiting for someone to break the lonely routine of farming & sleeping that has become her meaningless existence.  And when Ann comes across John Loomis, the first survivor she’s ever seen, hope springs anew.  John was a scientist, surviving in a bunker under the worst was over, traveling the land in a suit he created to survive the poison.  Finding a beautiful woman and a self-contained valley that is free from the effects of nuclear war seems like a blessing that’s too good to be true.  And when Lucas arrives, a coal miner who has been living underground, the idyllic scene is shattered, not only by another man’s presence but by the exhuming of secrets & fears that just might shatter this tiny, perfect world.

Unlike Enemy, Z for Zachariah isn’t exactly a film that will need to be explained in detail after a viewing.  It doesn’t confuse events or deal with complicated characters or leave audiences swimming in a metaphorical muddle.  It has a straight-forward story, a simple plot, three total actors, and seems on the surface to be a tale of survival.  A post-apocalyptic love triangle/thriller that deals with survival anyway, and that’s all I thought the film would be when I sat down to watch it.  But there’s so much more just beneath a thin layer of plot if you care to reach out and immerse yourself.  First, the ending is vague.  You can speculate as to what happens, and perhaps the novel gives more detail, but there can be no certainty as to the events as the movie ends.  Secondly, the future is not determined, nor are the fates of the characters, leaving audiences to imagine how the story travels on.  And then there’s the title, which is laden with meaning, from alpha/omega to the classic fall of man.  This is a movie of mood, of thought, and ultimately of uncertainty.

Had it not been for great acting though, I imagine this obscurity would have become simply unbearable.  The film needed quality actors to pull off the textured story and help us as an audience understand that what we were seeing wasn’t all that there was to be seen.  Margot Robbie (The Wolf of Wall Street, Focus) played Ann solidly, creating a character that was the Eve of this paradise, a shockingly preserved prize just as much as the land was, someone who was both kind & strong.  Chiwetel Ejiofor (12 Years a Slave, Secret in Their Eyes) was perfect as John Loomis, representing all of the faults of man, all of his fears, all of his possibilities.  And Chris Pine (Star Trek, Into the Woods) was wonderful as the hunky Caleb, the catalyst for the action, the problem, the glitch in the plan.  All three pulled off accents that actually worked, created an intense chemistry that convinced, and jammed hours & hours of meaning into 90 minutes in a way that left you puzzled as you left the theatre.  If turning a film over in your mind for days after in an attempt to solve the riddles of a deceptively basic plot sounds enjoyable to you, then don’t miss Z for Zachariah, a gem of an alternative style.