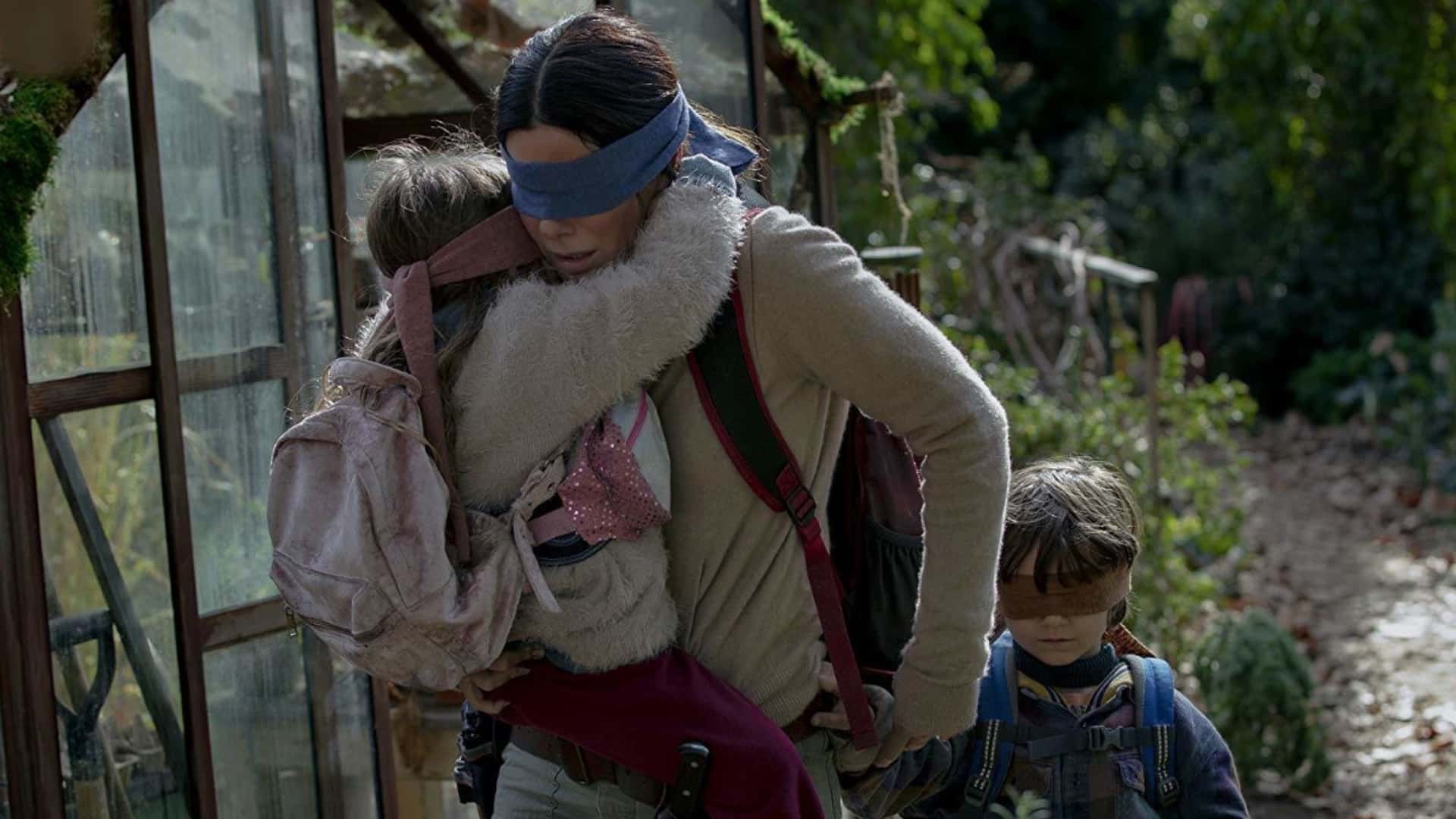 The best part about Bird Box is that Sarah Paulson is only in it for 15 minutes.  Had she been strongly featured, I’m not sure I would have lasted 15 minutes.  She’s an awful actress, was the worse part of Glass, and shouldn’t be trusted in a cereal commercial, let along a horror flick that’s desperately trying to be something deeper.  But, luckily or unluckily, depending on how you look at it, Paulson is only one of the many terrible things about this film, so she mostly blends in, which is great for her, but not so great for us.  Bird Box is poorly thought out, poorly executed, and generally stupid, which shouldn’t come as much of a surprise, but will crush the hopes of anyone looking for a mildly good time from a story that’s obviously stolen.  Audiences won’t even get that small consolation, and we really only have ourselves to blame for hoping.

Apparently the world does end in a bang, not with a whisper, as people all over the world kill themselves and blow everything up as mass hysteria sweeps the nations of Earth and what’s left is a whimpering remnant of what we used to be.  A virus or an entity or a toxin, something, makes anyone who sees this “thing” go mad, get scared, lose their shit, and kill themselves.  The only way to survive is to live indoors or with eyes closed, and in the days after the event, that’s easier said than done.  Malorie, pregnant and single, joins a house of random strangers who have all somehow survived, though for how long we do not know.  Viewed at the same time but taking place five years later, she must make her way, blindfolded, down a river with two children, toward a safe zone that she’s not sure exists, all while being pursued by an invisible force that wants to draw her into madness.

Sandra Bullock is beyond horrible; she’s entered a special category of acting in which only she resides, where she overacts at a broken mirror and tries to resurrect Ms. Congeniality in a black cauldron.  She’s awful; how do people not see that, and why does she still draw attention?  Her role in Bird Box is pathetic, and she’s incapable of pulling it off, we ought to have known that from the start; it’s our fault for giving the movie a chance.  All it’s good for is a meme of a blindfolded lady in a boat, that’s its legacy, and that’s all it deserves.  Bullock is bad, Paulson is worse, the “horror” is stupid, the side actors give us nothing, and the plot could not possibly have been more a ripoff of A Quiet Place, The Mist, and a little of The Happening.  It’s about as good as The Happening, maybe only slightly better because of Trevante Rhodes, who is a rising star.  I liked him, I wanted the family to succeed in their mission at the end, so at least I was slightly invested, but the quality of this Netflick is so far below par that it began to circle toward farce.  Had it got there, that at least would have been a positive, but Bird Box couldn’t even manage that, instead stumbling with with its eyes closed off a cliff and screaming for attention on the way down, hoping we would join it.