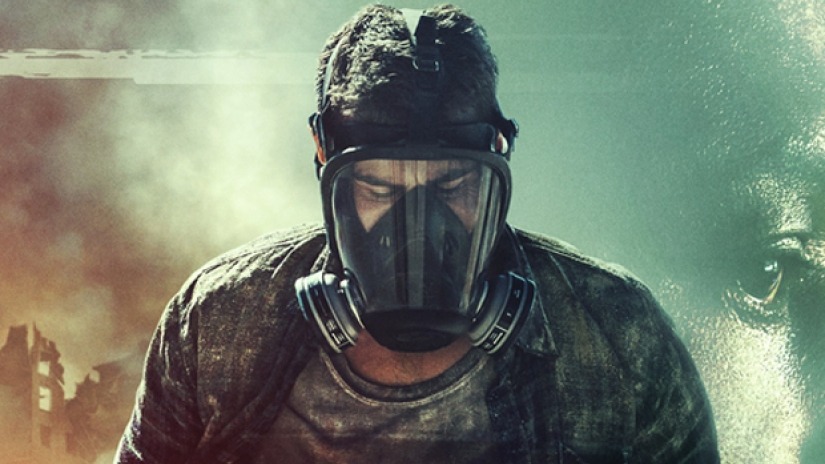 It’s ironic that the title of How It Ends gives audiences a clue as to what will be the film’s most glaring flaw, like they’re teasing us with the knowledge that the ending of the movie completely sucks and here we are thinking that they were referring to the end of the world.  Irony or mockery, how it ends is the worst part of How It Ends, but it’s definitely not alone at the bottom.  The quote goes something like “it ends not with a bang, but a whimper”, and that’s a powerful, classic line, but with this film, that sentiment could be taken literally; by the finale nothing has banged and you are left whimpering.  This is an example of how NOT to make an apocalyptic flick; watch if you want to be educated, not entertained.

Will & Samantha are a young couple in love who just found out that they are about to be parents.  They are over the moon, ready to start their lives as a happy family in Seattle, but have one little hurdle to overcome first; Sam’s dad.  Tom is ex-military, legendarily hard-nosed, and he scares Will to death.  In Chicago on business, the father-to-be will ask for his future father-in-law’s blessing to marry his daughter, which is not exactly a given.  But before Will can really work up the courage, something terrible happens back on the west coast.  As he’s talking to Sam on the phone, there’s an explosion, and she’s cut off.  Then the power in Chicago goes out, along with cell service, and the military is mobilized.  The threat isn’t clear, no one knows what’s going on, but California and the west seem to have vanished from the map.  Will and Tom will embark on a dangerous mission across a now-barren landscape, encountering unpredictable threats, all to find Sam and protect her, no matter the cost.

The post-apocalyptic storyline is pretty cool, it always is, that’s just an awesome genre, and it’s hard to introduce it incorrectly.  We are designed to enjoy plots surrounding end times, societies that collapse, people living off their wits; I don’t know why, but we love it.  So the story is fine, the characters are interesting, I wanted them to start their cross-country adventure, everything was hunky dory.  But it wasn’t long before the train derailed, and the signs were there early on that it was going to happen.  The acting is plain bad; not horrendous, just bad.  It started quickly and you could tell you were in for it, but hoped maybe the action would just cover stuff up.  Well, it didn’t.  The plot became insane, not in an over-the-top way, but in a way that had no point, no purpose, no goal, it was just events.  And the end, my god, from the moment Will reaches Seattle the whole movie explodes in stupidity, and there’s no forgiving it.  It’s one of the worst climaxes I’ve ever seen, like I did it on my computer in five minutes, not like it’s an actual film with actual money behind it.  Netflix got this one wrong, and they’re making too many mistakes lately, I’m starting to become wary of their products.  They better fix things, and fast; How It Ends was a step in a very wrong direction.