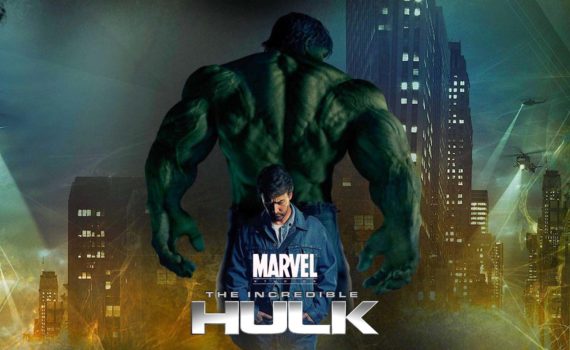 This was the very last Marvel Universe movie I needed to see, the last of the now twenty films, and that’s ironic because it was one of the very first.  This was back when the MU was just getting started, still experimenting, and boy can you tell.  Edward Norton wouldn’t even continue as the Hulk, Mark Ruffalo would take over, and I think that was a smart choice all around.  Ruffalo is incredible, so talented, but he also fits perfectly into this less-challenging role.  Norton never did, he’s too cerebral of an actor, and even his top tier status couldn’t lend credibility to this flick, so it’s good that he got out.  Otherwise he might not have starred in Moonrise Kingdom or Birdman, and then where would we be?!  Anyway, back to the fledgling film franchise, and this installment was definitely a growing pain.

Bruce Banner, the brilliant scientist, has allowed an experiment to be performed on himself that will destroy his life.  Jump-starting the old Super Soldier Serum program, General Ross and the US government want to create a new wave of modern militants, and Banner is the lead mind on the team.  But when human trials are needed, Banner injects himself with the serum, sure of its results.  Well, even geniuses make mistakes.  Bruce is turned into a giant, green behemoth, but only when he gets angry, so he runs away from the lab and hides his identity, keeping his heart rate in check so that he never looses control again.  Some time later and close to discovering a cure for his illness, Banner returns to the States and reunites with his lost love, Betty Ross, who will help him banish the monster.  But a second creature, the Abomination, rises to battle the Hulk, in an epic duel that hasn’t been seen on Earth since the time of the dinosaurs, or perhaps the gods.

Here’s the single biggest, stupidest mistake they made when crafting this movie; they skipped the origin story.  They skipped the origin story, just skipped it, totally disregarded it, and pretended like it was a smart thing to do.  During the opening credits we see the entire story of how Hulk came to be; the entire story!  That’s it, on to another adventure, and we didn’t even meet the main characters.  It could not have been done worse, and I can’t think of another Marvel movie that did anything like that again, so they must have learned their lesson.  The Hulk is one of the very weakest of the MU films, and I’m glad Norton stepped away, and I’m also glad they never made another.  Liv Tyler is horrendous, of course, most of the acting is bad all around, Norton is fine but has nothing to work with, and the crushing, smashing battles just aren’t interesting or even entertaining.  It’s a hack job from start to finish, not in keeping with the future MU movies, but at least you can say that they learned and made better.  It’s over now, I’ve seen them all, a prize should be in order; good afternoon, good evening, and goodnight.