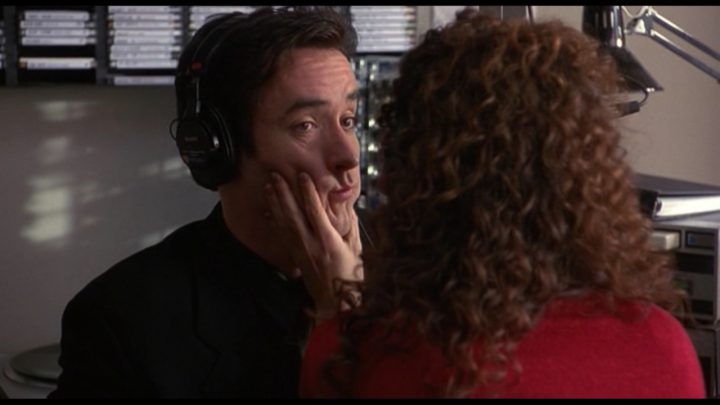 I did not watch this film when it first came out in 1997, which I think was a good thing, because it gave me time to fall in love with its leads in other pictures, to return to Grosse Pointe with an appreciation and a love that I wouldn’t have had otherwise.  First, Minnie Driver in Good Will Hunting was my 15-year-old crush, there was nothing quite like her special character, that hair, and those eyes.  Second, I grew up loving John Cusack for Natty Gann and Say Anything, but High Fidelity was something else all together, and I was ready to take a bullet for the guy.  Seeing them both in a love story like Grosse Pointe Blank, albeit a strange and bloody romance, was a dream come true, and I’ll never forget how perfect they were together.  It only makes it better that I follow them both on Twitter, that they are advocates for what I believe in, and that I can revisit them on DVD any time I want to.

Martin Blank is an assassin, and a pretty good one at that, though the industry is getting a little saturated and there seem to be too many hitmen hired for competing targets.  It’s a stressful job, and Martin wrestles with it daily; not the actual killing really, but the idea that he’s floating around with no purpose, that he might be meant for something more than this.  A chance to find out arises when a new assignment takes him to the very city in which he grew up, Grosse Pointe, Michigan, just outside of Detroit.  He arrives just in time for his 10-year high school reunion, although he’s more terrified of seeing old friends than he is of being killed by a rival gunman.  But before the murder in the town or even the party at the old gymnasium, Martin will have to face the girl he left waiting on prom night, Debi, the girl who he once loved and has been trying unsuccessfully to forget for the last decade.

It’s almost as if this movie was made to commemorate Cusack’s 80s success, to play the songs and work the magic that still gets us where it hurts the most, still carries a certain nostalgia that we will never forget.  I was born in the middle of the 80s, so I don’t remember it that well, I’m a 90s kid I guess, but that doesn’t stop that special time period, and especially its films, from holding a wonderful, memorable place in my heart.  Grosse Pointe Blank is a throwback, a time capsule opening, a reminder of what made cinema from that era great, and who better to walk you down memory lane than Cusack.  Driver is great addition to the stroll, so talented and so beautiful, the perfect girl-that-got-away.  Dan Aykroyd has probably never been better, as the raging lunatic assassin, and a few other cameos will leap to your attention as well: Alan Arkin, Hank Azaria, Jeremy Piven, Joan Cusack of course.  This film is simply a great time caught on camera, as funny as it is heartfelt, as wacky as it is revealing, something you can watch over & over again.