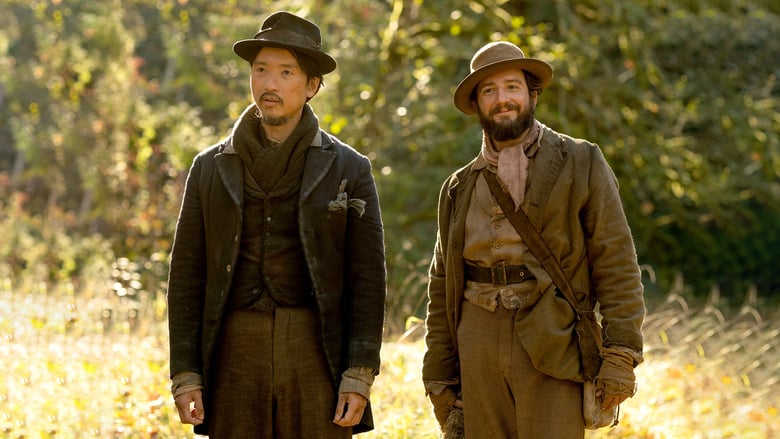 Is Kelly Reichardt just another version of Terrence Malick?  I’d say the female version, but that sounds sexist, although her films have a definite feminine energy, while Malick’s are more …Hemingwayian? …so, maybe it’d be accurate, I’m not sure.  Either way, here we have another talented director with a great eye who insists on making the most boring movies ever created, and while most critics sit back, drown in the nothingness, and cry “awards! awards!”, I try to wake up from an induced stupor and figure out what it is those people see in these people.

Called Cookie by the trappers he travels with, a young journeyman finds himself in the Oregon Territory among rough frontiersmen who he has little in common with and gains little respect from.  He can forage, he can bake, but otherwise he finds himself out of place, and wonders what he’ll do next when his latest job is finished.  Out of the woods, naked and desperate, comes King-Lu, a Chinese nomad of sorts, who is always looking for the next opportunity to make money.  Well, their luck is in, because the pair of new friends stumble upon a new venture; buttermilk biscuits.  But with no money to start their business, they’ll have to steal the milk from the first cow to come to the territory, which happens to be the property of the local law, a man who is as hard & bitter as he is short & British.

Could you imagine if this movie had the color, the comedy, or even the cow that the posters teased us with at first?  I mean, this looked like abnormal, abstract, artistic entertainment at first glance, like Waiting for Gadot on the frontier, or Rosencrantz and Guildenstern Are Dead with some bovine buddy.  But that’s not what the film delivered, and while I’m shocked that I didn’t get what I expected, I’m doubly concerned that critics thought what they got was a gift from God.  First Cow is boring, bleak, lacking in spirit, lacking in wit, and a complete waste of space if I ever saw one.  At the same time, you can see the marvel waiting underneath for the right director to unearth, but Reichardt simply isn’t the woman for the job.  There’s a story here, it’s funny and it’s touching, but it simply didn’t come out, at least not enough/often enough.  And still, I kinda liked what I was watching, if only because I knew the gem this rock could be turned into; Magaro was pleasant, Lee was special, the plot was unique, there were signs that good things were to come, they just weren’t realized, not at all, and I’m shocked that there are people out there who thought they saw magic happen.