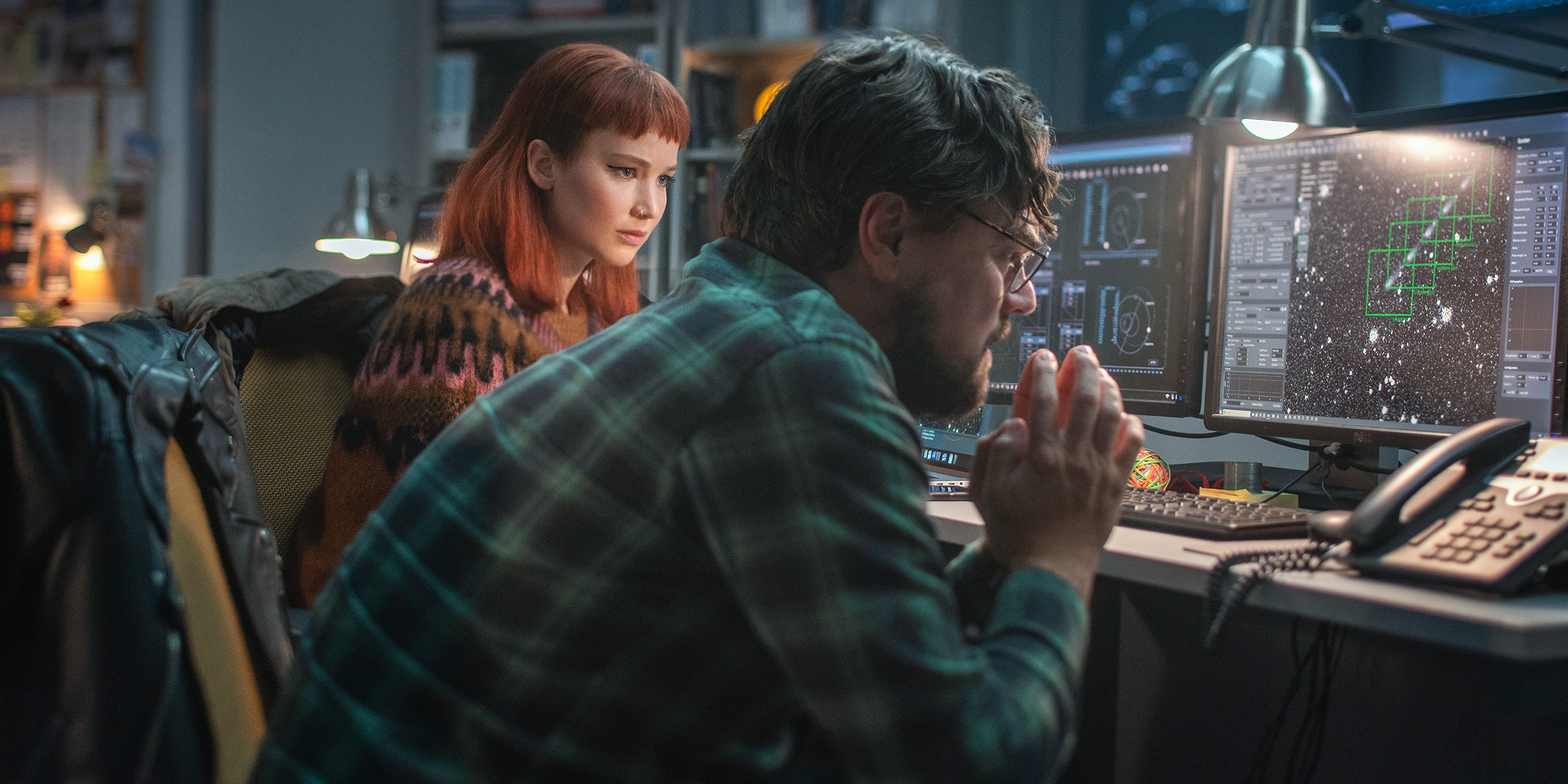 Don’t Look Up isn’t as bad as Vice and it isn’t as good as the The Big Short.  It’s somewhere in the middle, tipping toward excellent, with perhaps a few too many issues to be called phenomenal.  That’s no bad critique, it’s still one of the best of the year for many reason, but Don’t Look Up had the potential to be maybe the best satirical comedy film of all time, so anything less than that is a bit of a disappointment.  Still, what we do get is one hell of a biting commentary and one meticulously mocking movie, so I guess we shouldn’t complain.  McKay knows what he’s doing, what he’s saying, who he’s poking fun at, and how awful the situation is, making this project a solid attempt at delivering a dire message and allowing us to have fun at Republicans’ expense at the same time; win win.

Two scientists, Randall & Kate, stumble upon the discovery of the century; a new comet heading directly toward Earth.  They quickly do the math, check their numbers, and come to the undeniable conclusion that this comet will be a planet-killer; a direct hit that will destroy all life.  Shockingly, this news isn’t received very well, as the President of the United States thinks it best to sit on the information that we’re all gonna die in six months.  Our scientist heroes begin a campaign to educate the world on the danger, but it mostly falls on deaf ears, and our end draws nearer.  Will comet-deniers stop us from changing course before it’s too late, or can the globe draw together to make real progress in time to save our collective life?

The metaphors are clear, but they weren’t meant to be murky.  This is climate change, this is science vs fake news, this is Republican greed destroying everything good, this is Democrat niceties failing to be enough, this is the end of the world as we know it, and we don’t feel fine.  McKay paints a bleak picture, but that’s OK; it’s the truth, and we need to hear it.  He also makes fun of conservatives/Trumpists/morons relentlessly, which is also OK; they are evil and stupid and not helping us make the Earth better or even, Jesus, livable.  Don’t Look Up is a great watch for those on the left, it won’t be watched at all by those on the right, and doesn’t try to hide the depressing absurdity of its message; that we’re probably all dead.  As far as the style goes, you either like it or you don’t, you either thought Big Short was smart or you didn’t, and you’ll feel the same here, because it settles into that pocket very nicely.  It isn’t his most polished work, but it does sport an excellent and often hilarious cast: DiCaprio, Lawrence, Morgan, Meryl Steep, Jonah Hill, Mark Rylance, Cate Blanchett, Tyler Perry, Timothee Chalamet, Ron Perlman, Ariana Grande, Himesh Patel, Melania Lynskey.  Watch for the fun, stay for the disaster, revel in the cheap shots, love the low blows, and accept the inevitable; this isn’t feel-good cinema, but sometimes it feels good to be reminded of how much so much sucks.