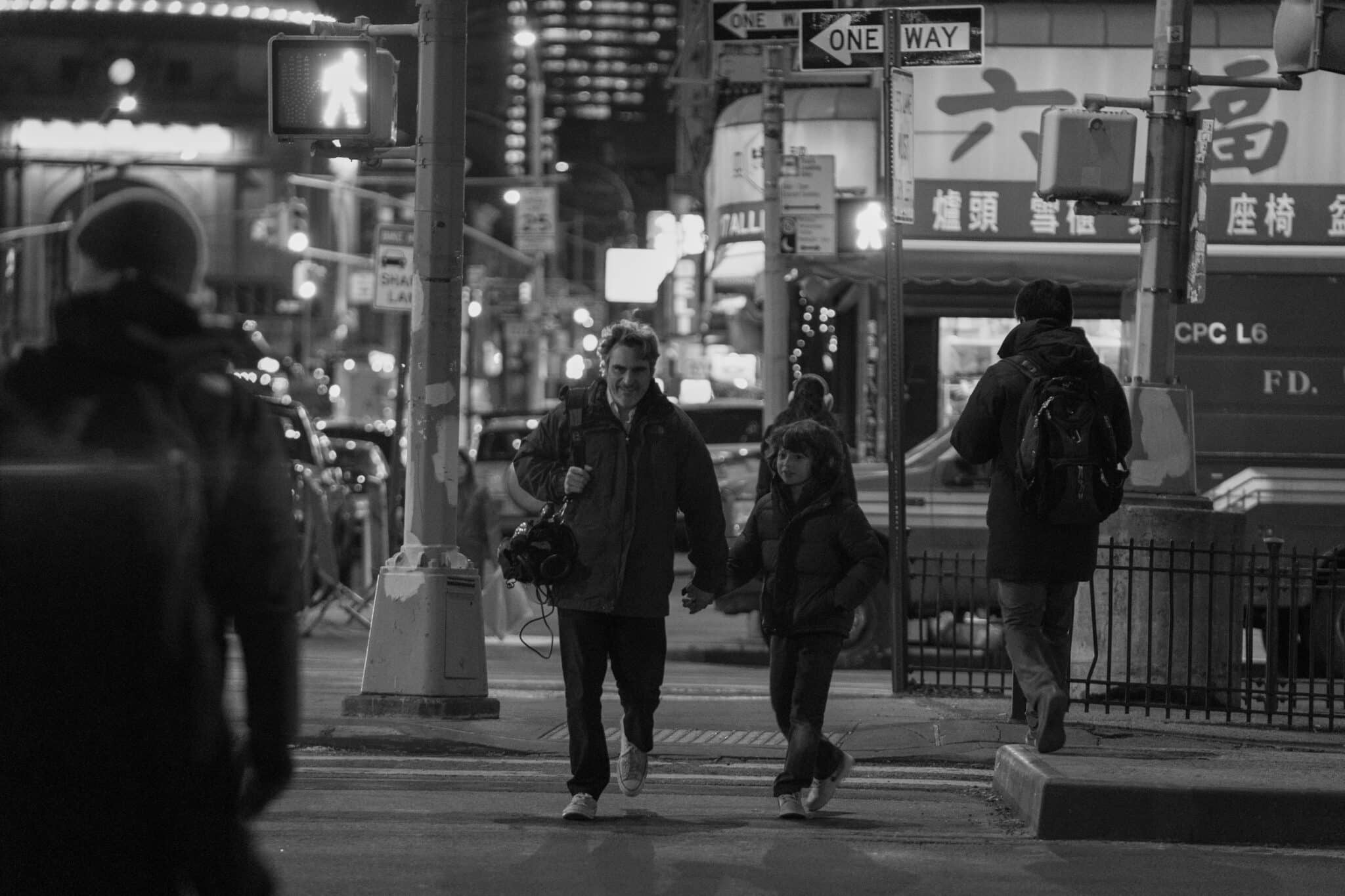 As a parent, I often watch movies about parents and wonder if the directors are parents themselves, because no one in their films seems to have any idea what the hell they’re doing or how the fuck to raise kids.  It’s like someone plopped alien babies down in their laps, left them to it, and caught the whole thing on camera; we as parents don’t have all the answers, but you sure pick things up quick, we aren’t still burning the toast and buried in laundry when our children are 9 and 12.  C’mon C’mon avoided that typical pitfall by giving a non-parent control of the story and the decisions, making things believably bumpy instead of unusually stupid, but it couldn’t quite avoid the sense that this was the first time we had ever seen a younger-than-10-year-old in the wild, on camera, ripping apart adult emotions, causing them to both fall in love & lose sleep; c’mon guys, this isn’t our first rodeo.

Uncle Johnny returns to L.A. to see his sister and nephew Jesse, where they are having serious problems with Jesse’s father, who has bipolar disorder.  Johnny is co-creating a series of human interest interviews focusing on children; their hopes, fears, dreams, concerns, visions for the future.  And when his sister asks him to take care of Jesse for a few days while she works through their family issues, he is more than happy to help, using Jesse as his own way to see through a child’s eyes and hear through a child’s ears.  But parenting isn’t easy, and Jesse isn’t an easy child, requiring more than the typical care, and more than the usual attention.  Both Johnny and his nephew will learn about themselves and each other as they travel the US in search of answers to life’s toughest questions, and will find a love for family that is stronger than anything on Earth.

While C’mon C’mon mostly avoids the annoying parent-in-distress cliches, it does still rely upon them heavily, if from a slightly different angle, the uncle-in-distress, and we still feel like Jesse is the first child to ever give anyone a hard time.  Also, the film assumes that we want to watch a troubled, often-bratty kid (neurotypical or not) cause havoc in someone’s otherwise low key life; head’s up, we don’t.  Special as he is, cool as he could be, love him as the characters might, it’s not something that I want to do, watch a kid cause havoc and existential crises for 100 minutes; I’ve got a pair of my own, I know that parenting sucks sometimes.  And that was a major part of the film, along with a love of people and a hope for the future, both of which I don’t share.  So, basically, the whole film was set up against me, and, you know, I still kinda liked it.  Give credit to Joaquin, who is a genius, because I think that anyone else in the role would have made me hate the movie in general, but he was able to save the day with pure talent.  There’s a nice feel, a good atmosphere, some touching moments, I’m not a complete curmudgeon, and I ended up enjoying what I was seeing mostly, if not completely.  I feel like others might love this film much more though, that’s there’s a gem here if you like its sparkle, and that there’s much to applaud, even if I didn’t exactly fall in love.