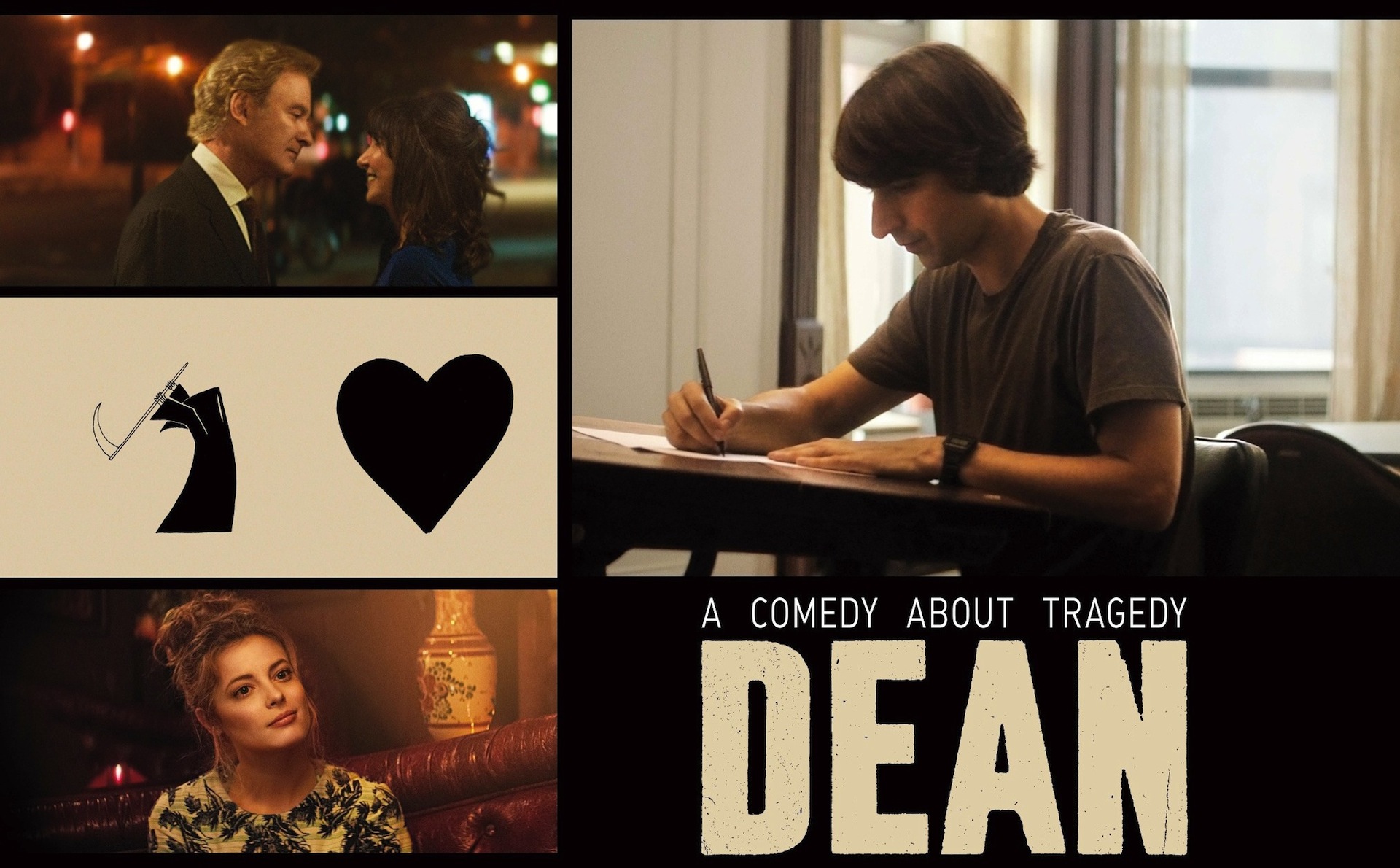 Dean is the poor man’s People Places Things, but that’s still a nice compliment.  Jemaine Clement’s heartwarming drama about love in the time of illustrating was a one-of-a-kind gem, but now we have two of them, because Demetri Martin decided to try his hand at the niche genre as well.  To his credit, he made the story personal, didn’t involve having kids, and allowed for a side story starring a much better actor than himself, so maybe that all proves that he knew what he was doing; borrowing heavily from something interesting, trying his own spin on it, and involving other talented people.  I guess it was that formula that resulted in the strong film Dean is from start to finish, a lovely little dramedy that’s at least unique enough.

Living in New York and currently failing as a comedian/writer/artist, Dean is at an emotional crossroads that he just can’t navigate.  Ever since his mom died he’s been lost at sea, not knowing where to go or how to get there.  He can’t draw because he’s fixated on death, can’t face the future because he doesn’t want to let his mom’s memory go, and can’t function around other humans because he’s so torn up inside.  There’s no doubt that he’s talented; his darkly funny drawings have already published, he’s just having a hard time tapping into that creativity in wake of events that he simply can’t manage.  A spontaneous trip to L.A. might be the thing to snap him out of his funk, especially when he meets the lovely Nicky, but first Dean will have to figure his own shit out, before he’s ready to invite anyone else into his screwed up world.

Dean is definitely very similar to other films we’ve seen before, but first) that tiny genre isn’t very popular or played out, so it’s OK to add in one more, and second) Martin does enough on his own, adds in enough that is fresh, to make his movie something quite nice.  This is his baby; he wrote it, directed it, and starred in it, and he really hasn’t done much since except to voice an animated show; this might be Martin’s magnum opus.  But that’s OK, it’s more than a flash in the pan, it’s a love story that has a lot to say and a tale of pain that we can all relate to in some way.  The plot is about his own life, it’s very sad, very personal, you can feel that, and the comedy balances nicely with the tears, all the more funny because we were just hurting so much.  Martin’s not the greatest actor, but his personality is so endearing in such an odd way, and the people he surrounded himself with were rather perfect: Kline, Jacobs, Rory Scovel, Reid Scott, Mary Steenburgen.  Dean is touching enough for most people to watch and weird enough for a few to really enjoy; if you’re lucky enough to fall into both of those categories you’ve found yourself a real winner.