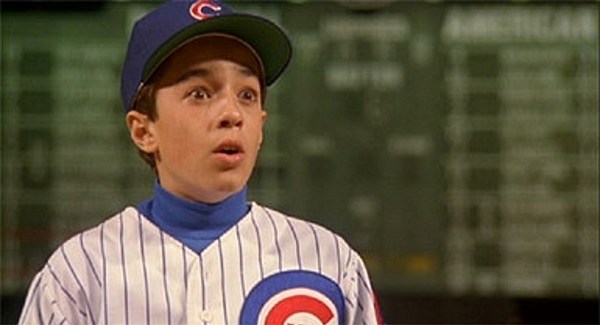 It may not be such a great cinematic achievement, but man does Rookie of the Year exist inside a baseball lover’s mind and somehow share with all of us the joy of being young at a ballpark.  As a father to a little slugger myself, I know the thrill first hand of cheering for someone in uniform, the elation of seeing them get a hit or an out, the dismay at seeing them make a mistake, strike out, or walk away feeling like they failed.  It’s a passionate game, you have to be passionate to really play, and for most of us all we’ll ever feel is the excitement of watching our team or our player try their best to compete with the best, but that’s a feeling that’s hard to replicate.  This movie harnesses that emotion though, it’s a true testament to the sport, and that helps audiences ignore the fact that it’s an early 90s kids flick that has no talent behind it whatsoever; all it ever really needed was a true love of the game.

Henry Rowengartner is a 12-year-old who’s bonkers for baseball, and one day they might even let him play.  He’s part of the local team, he lives & breathes the sport, but he’s kinda accident prone, always failing to make the big catch at the big moment.  That insecurity hurts him in all aspects of life, as losers move in to date his mom, girls at school seem way out of his depth, and his dreams just slip on by.  But one more Rowengartner mishap might just change all that, if Henry has the strength to hold onto the reins of destiny.  At school he slips on a baseball, breaks his arm, and wears a cast for months, but when the cast comes off his arm is like a tightly torqued trebuchet, hurtling the heater over 100 mph like the best in the big leagues.  The Cubs even sign him to a contract, which is a dream come true, at least while it lasts, and if Henry can gain some confidence in the talent that he already had.

This was actor Daniel Stern’s one and only film, you know him better as Marv from Home Alone and Phil from City Slickers.  You can tell why he never made it as a director, but he at least did one thing right with Rookie of the Year; he filled it with his love of baseball.  You can feel it from the opening credits on, this is a movie about kids and a game, how growing up pretending to pitch in the 9th inning of the World Series is about as American as apple pie.  I enjoyed watching this movie with my family because we were rooting Henry on, and maybe living a little vicariously through him; at least some of us were.  The music is good, the comedy if goofy, there are so many memorable moments that washed over me in nostalgic splendor, and you can’t forget this story, which is just ridiculous enough to be awesome.  Sure the acting is bad, the direction is awful, and the plot is all over the place, which stops this movie from becoming something really special.  But how much more special can you really be when you’re the baseball version of Mighty Ducks?