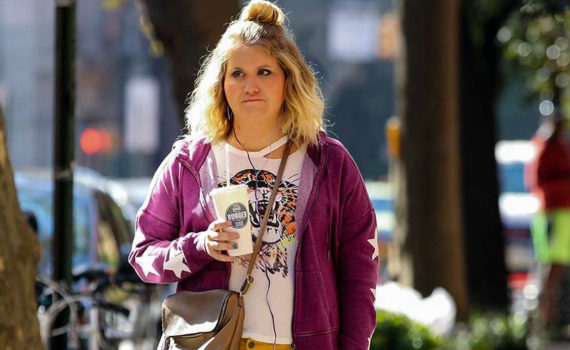 It’s nice to write a movie about your friend, but it’s a whole other feat to convince a major studio that you should also direct said movie, especially when your only other credit in the biz is helming one episode of the MacGyver reboot.  Seriously though, how did this dude get his foot in the door, and why did I get a FYC screener for an Amazon movie made by an amateur starring a bunch of D-list celebrities?  I don’t mean to be harsh, everyone starts somewhere, but it’s a little odd that we’re being asked to take this film seriously, because it’s an idea that was duct taped to some celluloid and passed off as cinema, when it’s really anything but.

Brittany is the funny fat friend, a role she’s pretended to be OK with for all these years, but now she’s approaching 30, and her lifestyle and loneliness don’t seem so humorous any more.  Recently, her doctor has told her that she needs to lose some weight, needs to stop drinking so much, needs to eat healthy, that is if she wants to live long.  So Brittany attempts to tackle some very tough realities; that her friends might not be that nice, that her defense mechanisms might not be that awesome, that the weight she keeps on might be a symptom of the emptiness she’s beginning to feel with each passing season.  The cure; a marathon, or at least training for one, getting up off the couch to take some responsibility for once, trying to face the world head on instead of hiding behind baggy sweatshirts & crass jokes.

So Colaizzo’s roommate was Brittany, she really did set a goal to run a marathon, he wrote a film around her journey, and here we are today.  I’m still surprised that some rando could pitch this idea to Amazon and get a movie deal, it seems like a stretch, and, really, so does the narrative of the entire project.  At times it’s almost like a documentary, which would have worked better, because the plot wouldn’t have split off down so many directions and the real heart behind the message would have shown through much better.  As it was, there were positives (namely Ambudkar), there were pieces to nod along to because they touched a nerve, but otherwise the quality was unsurprisingly poor.  Bell isn’t a strong enough actress, there were too many side characters, and the emotion was far too one-note for a drama, while also being far too humorless for a comedy.  A middling attempt and a forgettable theme, Brittany Runs a Marathon is better left alone; it’s not despicable, it just doesn’t stand up when compared to, well, anything else.