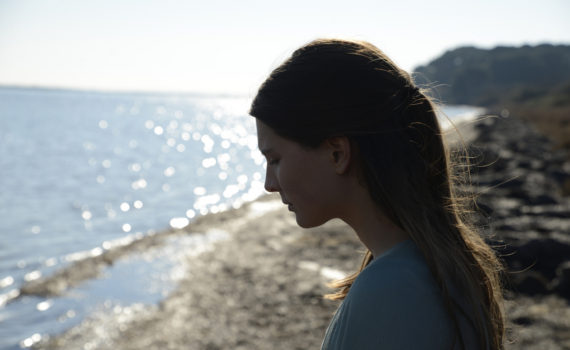 Melanie Laurent has now impressed me in three films: Inglourious Basterds, Enemy, & By the Sea.  This talented & beautiful French actress is the real deal, able to raise heavy emotion from the depths, bringing something special to the surface.  But acting is only a part of who she is as an artist, writing & directing quickly becoming passions as well.  Here in Breathe, Laurent creates a film all her own, her second attempt, the first being the minimally-seen The Adopted.  So far, she’s a better thespian than filmmaker, but there’s still time to hold out hope.  After all, the 33-year-old actress is just getting started, and I think her best is yet to come.  Next up is a drama based on a novel (Eternité) costarring Audrey Tautou (Amélie), so hold on to your hats.

Breathe is the story of teenager Charlie, her small problems, and how one new friendship can become a catastrophe.  Charlie lives with her mom in the suburbs, attends the local school, has a small group of friends, but is generally afraid; to open up, to come out of her shell, to talk to the boy she likes, to stand up to her irresponsible & absent father, to help her mother move on, to live the life that has been given to her.  But that all changes when she meets Sarah.  The new girl in town is brave, careless, rebellious, sexy, confident; everything Charlie is missing from her own spirit.  And when Sarah starts giving her special attention, Charlie has never been so happy.  It’s not until she gets to know some of the darker secrets of her new BFFs existence that Charlie begins to wonder if this change was a good thing after all.

Think Blue Is the Warmest Color but without the lesbians, the grit, or the length.  Basically, a toned down version of the same coming-of-age theme, but done in a softer style.  And also the story becomes a bit more of a thriller, where Blue keeps steady as a realism piece.  Which one was better?  I’d say they were about the same, at least as far as enjoyment goes.  Breathe is interesting, well-made, well-acted, but it lacks that magic X-factor that would set it apart from others.  It’s a little safe, a little typical, and doesn’t show any real genius.  Laurent is just starting out as a writer/director and I think we can feel her getting her feet wet.  The more she works the more she’ll have to say, and I look forward to hearing it.