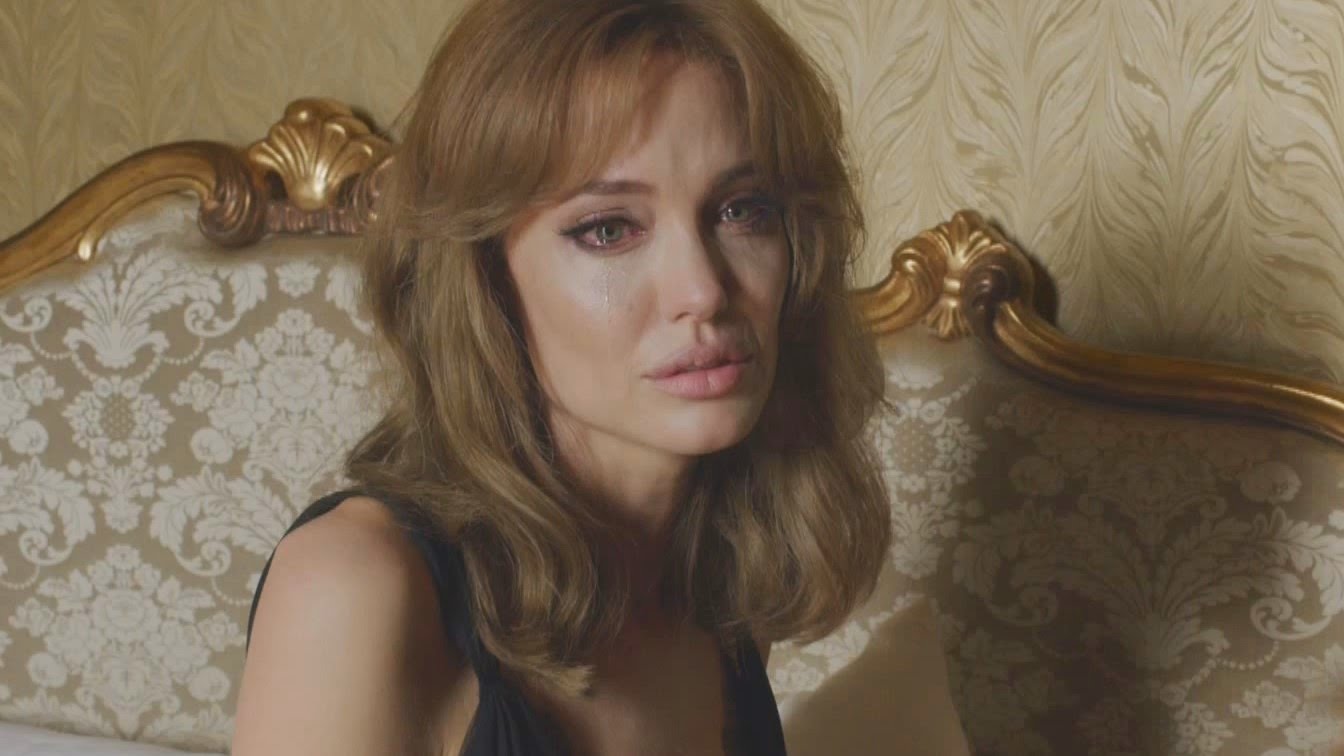 By the Sea is what happens when famous people get too famous, get too much money, get married, lose their minds, and decide to make a movie about themselves under the guise of art.  Jolie directs, stars, writes, and even produces, emerging with a product that is basically a self-funded, self-crafted, self-absorbed melodrama about the difficulties of marriage.  It’s beyond personal, becoming almost obsessive, and allows audiences into the lives of celebrities in an offbeat way that we quickly understand teaches us to be careful what we wish for.  This isn’t Lifestyles of the Rich & Famous, but rather something much more dark & twisted.

Vanessa & Roland are a married couple who used to be the talk of the town, she a dancer, he a writer, both reveling in fame and fortune.  But that was long ago, or what seems like long ago, and the couple’s inability to have a child has added to the growing feeling that their lives are pointless, that their marriage is failing, and that nothing really matters.  So they go on a vacation.  They head to the French seaside where Roland can write, Vanessa can relax, and they can move on with their lives in a positive direction.  But instead of feeling therapeutic, the vacation quickly turn into more of the same; fighting, drinking, blaming, general misery.  And meeting a young couple who are staying next door and seem so very much in love doesn’t help things, only heightening their own depression.

Talk about a movie that makes you hate life, bringing you down to the desperate level of the characters that isn’t appealing in any way.  Some might call this art, and there is a depth of sorrow that you can find yourself swimming in & contemplating, if that’s your thing.  But that isn’t my thing, and there isn’t enough intention here to really make me work to like this movie.  Instead, it becomes so heavy, so selfish, so meaningful to Angelina & Brad, that it leaves the rest of us completely out.  This is their film, their baby in a creepy way, and they make no bones about the fact that we are voyeurs looking into their lives.  As far as talent goes, I find it difficult to watch Jolie, her skeletal face & deliberate manner, going over-the-top as often as she can.  Pitt was fine, nothing extraordinary, representing more with his presence than with his dialogue.  The French characters were solid though: Niels Arestrup (War Horse), Melvil Poupaud (Laurence Anyways), Melanie Laurent (Enemy).  But By the Sea was just The Canyons with a bigger budget and bigger names in charge, nothing that needs your attention this Oscar season when so many others are so much better.