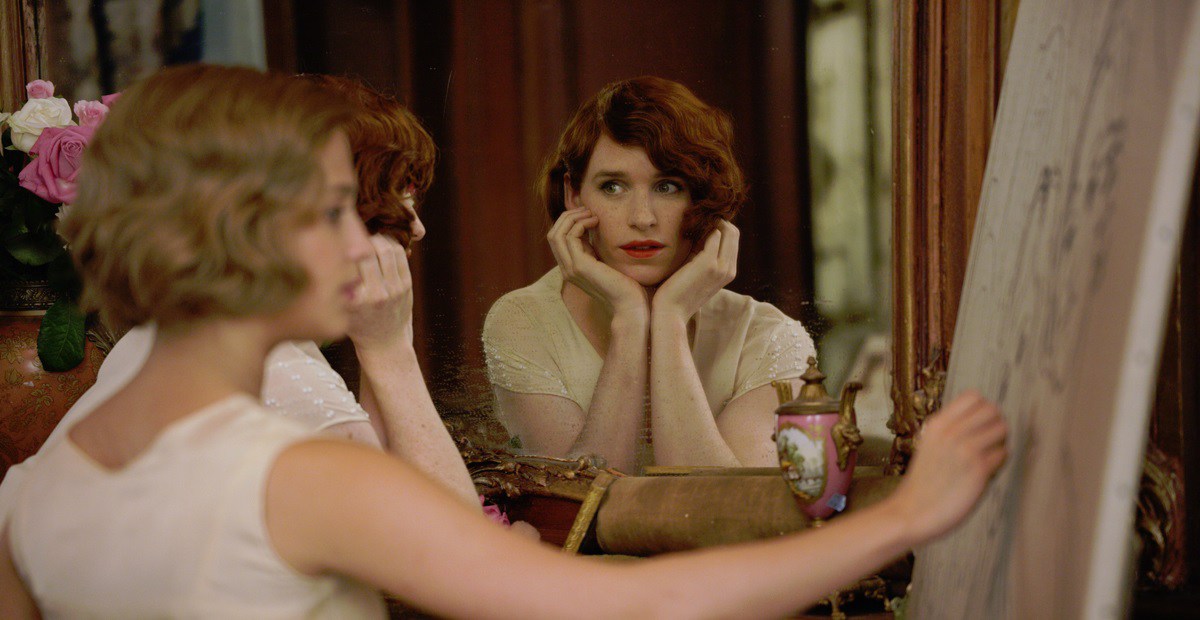 Over the past five years, Tom Hooper & Eddie Redmayne have been awards mainstays, bursting onto the scene and demanding our attention.  Hooper with The King’s Speech & Les Miserables, Redmayne with My Week with Marilyn & The Theory of Everything, the pair reuniting here with The Danish Girl.  They are joined by Alicia Vikander, who could not possibly be having a stronger or more explosive year, with Ex Machina & The Man from U.N.C.L.E.  The trio, working together to bring us a current topic set against the backdrop of a classic drama, combined for two Academy Awards nominations this year, two more given to the film for design.  But this film, taken as a whole, is not the hands-down winner critics & prognosticators had imagined it would be so many months ago and based solely on its previously successful pieces.  The Danish Girl still succeeds, but not on the level we had hoped. In Copenhagen in 1926, two married artists live an enviable life amid their paintings, their friends, and their love.  Einar Wegener is a landscape artist, not the best perhaps, partially because he constantly paints the same wavering images of his childhood home, grasping at a shadow that lives deep inside him.  But at least he is inspired, unlike his wife Gerda.  She is a portrait painter, talented at capturing the essence of her subjects, but not showing any real magic in her art.  That is, until she begins to paint her dear friend Lili, a striking redhead with a long body, emotional face, and hidden thoughts.  It just so happens that Lili is Einar, as he has always felt as if he was a woman inside, only now understanding that it could be possible to let Lili out.  Now she is the subject of popular paintings, but her marriage to Gerda is falling apart, as confusion over sexuality & identity cloud what was once a romance for the ages.

The Danish Girl sets the stage for what is now a very important story about one of the pioneers in the transgender movement, Einar being the reported first man to attempt sexual reassignment surgery.  As much as the film is a love story between Einar & Gerda, it is also the story of a famous transgendered person, telling her tale about the body in which she is captured, the woman who supports her, and the journey to find her true self.  The pronouns may confuse some, but in the end the tale of love & identity speaks for itself, giving audiences a glimpse into the life of an individual torn between perception and reality, made all the more complicated by the era in which she lives. Video – With an aspect ratio of 1.85:1 and shot on a Red Epic Dragon camera with Zeiss Master Prime Lenses, the video quality of the Blu-ray is stunning.  At times the color is muted, a palette of beiges and blues, but that only makes other colors pop when they’re introduced, creating a visual that’s as interesting as a Wegener painting.  The clarity of the picture is both vivid and impressive, taking Blu-ray quality as far as it can go, highlighting the beauty of the human image as well as the perfection with which it can be captured.

Audio – The disc was done in English 5.1 DTS-HD Master Audio, with an option of French 5.1 as well.  Subtitles can be chosen in English SDH, Spanish, or French.  Menu button sounds can be switched on or off, and so can a ticker at the upper-right of the screen.  The audio quality was very strong, with preference given to dialogue but room left for a background score as well.  Solid audio accompanying solid video brought this story to life.

Extras – There are only a few special features on the Blu-ray.  The Making of The Danish Girl is an 11-minute behind-the-scenes look, featuring the cast & crew hard at work creating this lovely film.  Also, six trailers are available to view: Dallas Buyers Club, The Theory of Everything, Hyde Park on Hudson, Tinker Tailor Soldier Spy, Promised Land, Brokeback Mountain. Highly Recommended.  Mark this film down as one that could not possibly meet its expectations.  Hooper, Redmayne, Vikander; a trio of stars with a great story in their hands, and we wanted them to make magic.  Individually, they all succeeded in creating something beautiful.  But the repetition of the story became tiresome, the content, once accepted, became tedious, and by the end I was ready for the film to be over.  Redmayne is nominated for Best Actor, Vikander for Best Supporting, and they both have a legitimate shot at winning a well-deserved award, but the movie as a whole isn’t something that will be remembered as one of the greats of 2015.  The video of the film is wonderful, the audio a capable companion, the Blu-ray holds a few extras, and The Danish Girl becomes one of those rare must-sees that very few will love.