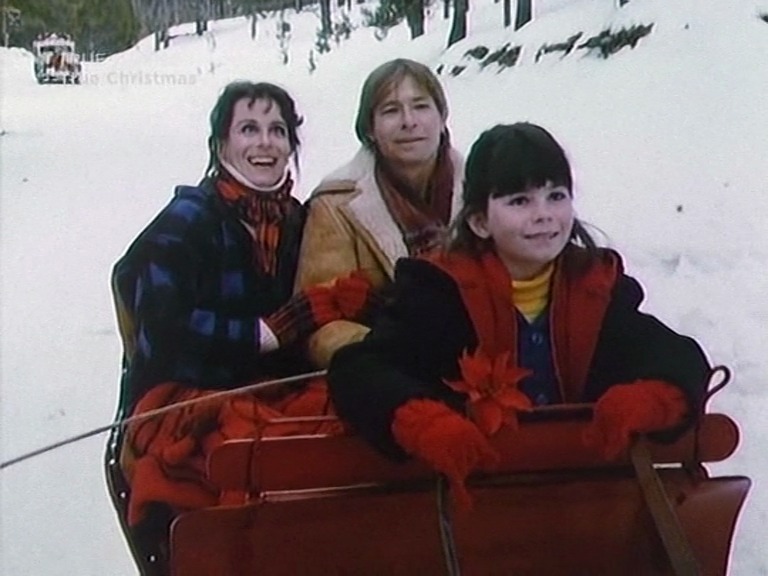 My parents raised me on folk music, especially John Denver.  His music was just so peaceful, so melodic, and so descriptive, a wonderfully pleasant sound to listen to at any time and in any mood.  As a kid, I also thought that he had some undefinable connection to my favorite football team, the Denver Broncos, whose quarterback John Elway was my hero.  John, Denver, get it?  Well, I was young and imaginative.  The truth about this legendary singer’s origins are actually quite interesting and a little amusing.  His real name his Henry Deutschendorf Jr; you can understand why he changed it.  He was born is Roswell, New Mexico of alien fame, not in Colorado or even in “Almost Heaven” West Virginia.  And he died on my 14th birthday, this man whose cassette tapes I grew up listening to.  So you can see why I always felt a bit of a connection to John Denver, a fascination with his true story, and why I sought out to watch a film starring this non-actor, even if I had to know the results would not be pretty. George Billings is a workaholic, but with reason.  His wife died a year ago this quickly-approaching Christmas and since then George has thrown himself into his work in order to get his mind off his sadness.  He is a successful architect for a big New York firm, but he’s also the father of a daughter named Alex, a girl who is very lonely at home without the loving father who can’t seem to leave the office.  In his defense, it’s a busy time for the company, as they are about to turn an investment into a successful condo/skiing/vacation destination.  All they need is a location, a perfectly idyllic setting in the mountains, close to a major city but off the beaten path.  And here’s where George comes in.  His job is to take Alex on a Christmas “vacation” to Georgetown, Colorado, scout out the area, see if it fits development criteria, and find a large parcel of land to scoop up.

And Georgetown is perfect; a quaint village where everyone knows everyone, that’s only an hour outside Denver, with a nice, homey local economy, and with a large ranch that just went up for foreclosure.  George is all ready to make his recommendation that his company come in and start construction, an event that will change this tiny town forever.  But there are some complications that keep George from seeing this as the lucrative situation it is.  One is that the entire population of the village seem to believe in Santa Claus, send letters to him, and think that he was involved in the founding of the town.  To them, Santa is a real part of the holiday, an embodiment of the spirit of Christmas.  Also, George might be falling for a woman named Susan, the local postmaster and a beautiful lady, as well as falling in love with Georgetown itself, this perfectly secluded winter wonderland that might not survive the season. I know some people are really into made-for-TV holiday movies, but that’s never been my thing.  They’re overly & purposefully cheesy, always have a happy ending, and never over-complicate the morals that they’re trying to convey.  The acting is always bad, the people are always jolly, and problems always fix themselves with the help of a little Christmas miracle.  Perhaps I needed to grow up watching them in order to appreciate them, and maybe that would have helped me love The Christmas Gift.  It’s a Christmas cheese ball if ever there was one, a sappy & heartwarming holiday tale that fits right in with all the other of this silly genre.  The town, the lights, the legend, the characters, the fight against The Man, a little magic, a lot of “believing”; it’s a movie that only a mother could love, or perhaps only a mother who solely watches the Hallmark channel.

And I guess, judging it against all the other syrupy holiday movies and remembering that it was released in 1986, this film isn’t any worse than its brothers.  John Denver might be though.  He’s not an actor, though he sure tried, and can’t possibly come off as believable.  It doesn’t help that they added in a song, a weird lullaby that immediately makes you think “Oh hey it’s John Denver!”  Fourth wall much?  The other actors in the film were slightly better, though it quickly turns into a game of where-do-I-know-that-person-from.  The mom from Malcolm in the Middle, the dad from That 70s Show, a nun from Sister Act, the court liaison from Mrs. Doubtfire; it was a who’s who of B-actors that was actually one of the more enjoyable parts of the movie.  Although, the best part has to be the little girl Alex, played by Gennie Williams, who would go on to do basically nothing but who shone in this role.  She was the best actress and the only reason the story wasn’t scoffable. Video – With an aspect ratio of 4:3, the video looks as dated as it is.  The box format, the grainy images, the cuts to commercial; it’s pure 80s and not very good even for the times.  The picture quality is, predictably, bad, with only a few beautiful snowy mountain images to try to save the day.

Audio – The DVD is done in English Mono with an option for English SDH subtitles.  There are no other audio choices.  The sound quality is about as bad as the video, with nothing to hang onto and a general lack of clarity. Rent It.  You’ll need to be able to forgive a lot in order to love The Christmas Gift.  The cheesiness, John Denver’s acting, the poor technical quality; there’s a ton stacked up against your possible enjoyment of this film.  But if you can get past its flaws, you’ll find a classic made-for-TV holiday film that’s not much different than all the others and just might be less ridiculous for being made thirty years ago.  The acting won’t wow you, but it’s a fun time capsule, a heartwarming tale if you like that sort of thing.  The video is bad, the audio, is bad, there are no extras, so don’t buy this DVD hoping for quality.  Watch it for cheap nostalgia perhaps, but nothing more.