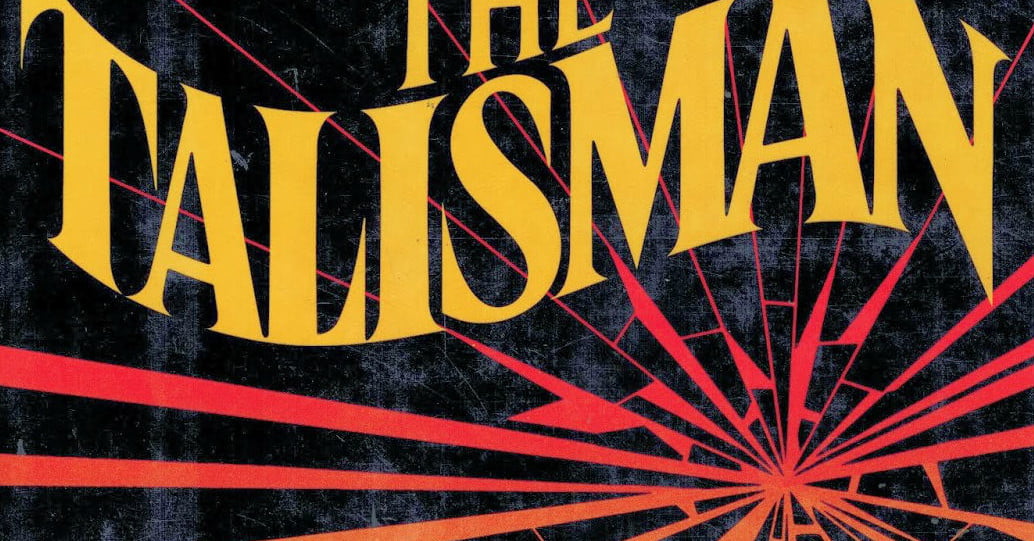 The Talisman in 1984 and its sequel Black House in 2001 were King’s two novels co-written with Peter Straub, and if you have read enough King you can hear another voice that isn’t exactly Stephen’s when you read this epic work.  Another point that makes this book different from so many other King nevels is the age of the hero; Jack’s just a boy, and although the content is still adult, there’s a younger feel to the story, like it could be an introduction to The Stand or the Dark Tower series, a stepping stone into that wild world.  For those reasons and others, The Talisman isn’t my favorite King novel, nor is it his best, but it’s still an awesome and sweeping tale worth picking up and diving into, because the talent behind the words is real.

Jack Sawyer is on the run with his mom, who’s dying of something (cancer?) but is more scared of a man named Morgan Sloat, who used to be her husband’s business partner.  Jack’s father died, as did many other men around him, and something strange is going on behind the scenes, a power struggle that is larger than our world alone.  Boy and mother reach the east coast, hole up in a mostly-closed hotel next to a mostly-boarded up amusement park, and try to decide what to do next, but she’s burying her head in the sand, and it’s up to Jack to save the day.  He soon discovers, or has always known, that there are other worlds than ours, and that some people live in both, their destinies too strong for one dimension.  Jack must go on a quest in both this world and the nearby Territories, to save his other mother and the Queen of that land, before Morgan Sloat/Morgan of Orris wrests control of the entire universe and turns its potential to his own dark purpose.

Of course, there are ties here to Dark Tower, there’s a broad fantasy history that we barely scratch the surface of, and there’s a lot to love in general, because, hey, King’s a genius.  You do lose his voice often though, you can simply tell that someone else is speaking, and that throws off the magic a bit; there’s only one King.  But still, The Talisman is a fascinating adventure story that spans so much space and two worlds, the back and forth is brilliant, and it leaves you wanting so much more; enter Black House, I guess.  Jack is an awesome character, Wolf is wondrous, and there are moments of pure brilliance sprinkled throughout like presents, if you may have to be patient to receive them.  This isn’t my favorite of King’s bibliography, it’s a bit of a side track, I’d much rather re-read Dark Tower, but it adds to the greater legend and that’s something.