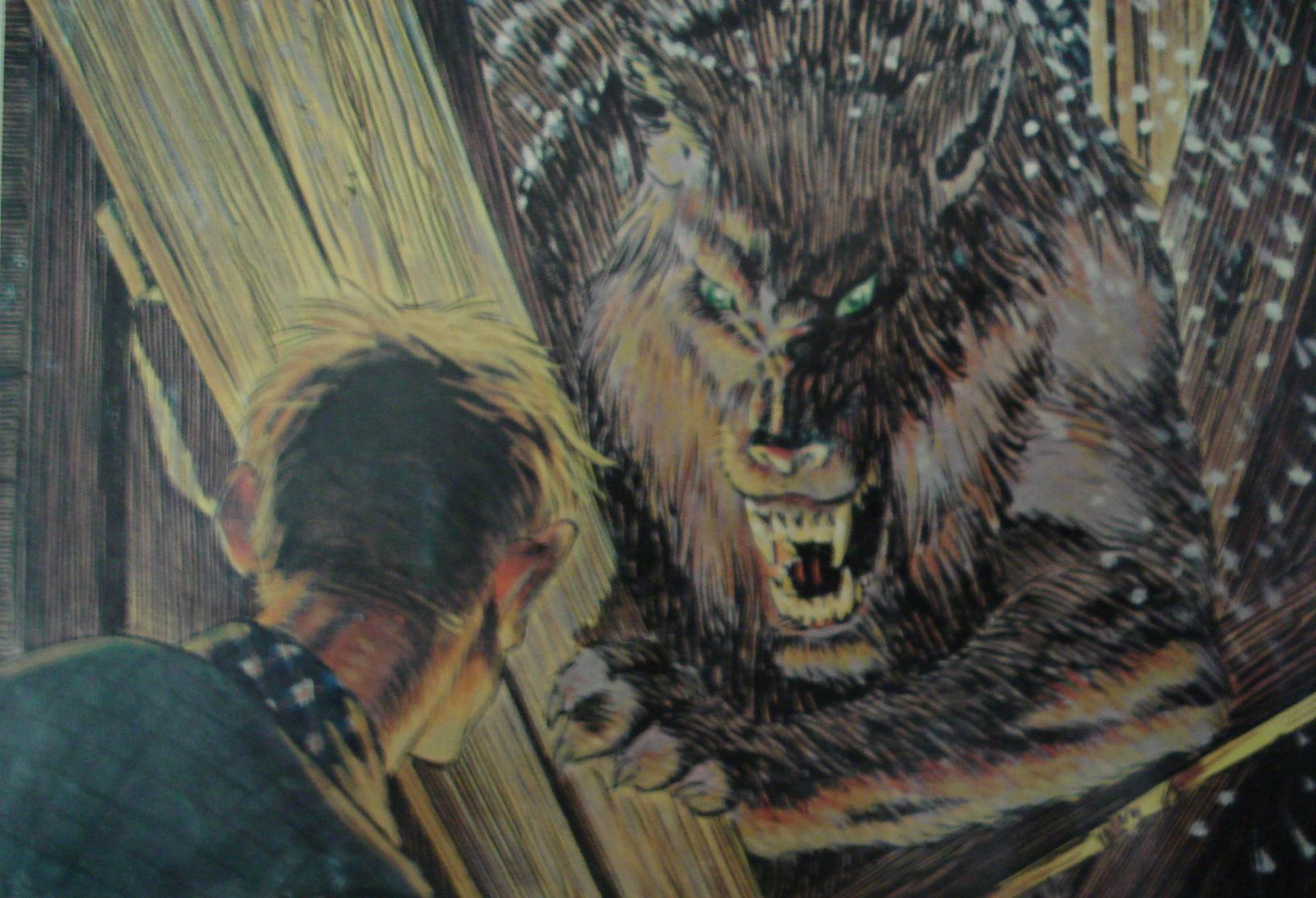 Cycle of the Werewolf is more a novella than a novel, more a *graphic* novel than a novel, and not exactly novel in its originality; so maybe we don’t call this one a novel any more.  That doesn’t mean it’s not readable (or look-able?), I just think it’s important to clarify what kind of work it really is, so that you don’t go to read it expecting The Stand.  King was busy in 1983 anyway, with Christine and Pet Sematary, so he didn’t really have enough time for another full book, but Cycle of the Werewolf isn’t half bad, for a consolation prize.

Over the course of one year, a werewolf stalks the small town of Tarker’s Mills, Maine, taking one victim a month, leaving behind a mystery each time for the townsfolk to ponder over for another 30 days.  At first they believe that a serial killer has chosen their home for his monthly ritual.  Then, the tall tales start to grow, and people begin to believe that the moon murderer may really be a dangerous animal, who is a peaceful man on all other calendar days.  When a boy named Marty, who is bound to a wheelchair, experiences the werewolf first hand, he survives to tell a story no one believes, though he may be the only one who can discover the truth.

The story is very short, and it seems like half of it is illustrations, either introductions to each month or a drawing of the werewolf’s latest attack.  The artwork is very cool, very scary, but the rest of the book goes by so fast it’s hard to really get a lock on it before it’s gone.  I don’t read particularly quickly, but I finished the whole thing in maybe an hour; you may even feel afterward that you didn’t get your money’s worth.  Still, the tale is gruesome, gory, entertaining, enjoyable enough, for a fleeting moment anyway.  Don’t expect typical King magic; this isn’t he strongest work, it’s almost a side project, mainly for those fans who already love him and simply want to get their hands on more.