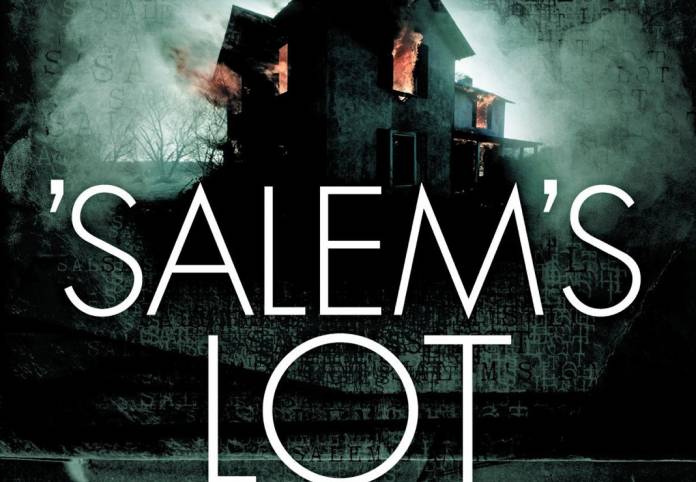 If you’ve read any of my book reviews, or even some of my movie reviews, you know that Stephen King is my favorite author.  My love for his work and his work itself both go much deeper than simple horror, and that’s why I think he’s such a goddam genius; the scares of the surface lead readers down a dark path to haunting metaphor, with superb storytelling along the way, making masterpieces more common than mistakes.  I recently decided that I needed to figure out which King books I had missed reading, so I made a spreadsheet that some would find exhausting instead of exhaustive, but that I enjoyed building.  He’s written 71 fiction books, I’ve read 43, and now I go along chronologically to fill in the gaps that the other 28 represent.  First up, King’s second ever published work, ‘Salem’s Lot, which is by no means perfect, but shows us what’s to come from a brilliant and twisted mind.

Ben Means is a relatively successful author who, after a personal tragedy, returns to a childhood home to write a new book.  He wasn’t born in Jerusalem’s Lot, but he spent a very impactful period of his youth there, which left him with a nostalgia for the small town and also an unending fear from one night he can’t quite shake.  It involved an old “haunted house”, where a family was once killed, and which now serves as an inspiration for dares among the more rowdy kids.  Ben received quite a fright there all those years back, and so now returns to face his fear, and to be inspired to craft a story from his memories.  But something has changed in ‘Salem’s Lot; a new owner has moved into the dreaded Marsten House, feeding on the evil that once resided there.  Townspeople begin to die at an alarming rate, putting Ben and his new companions in the middle of a war for the soul of the village, and perhaps for the world.

You should know that this is a vampire story, plain and simple.  In later years, King would bend traditional horror standards into his image, creating evil that’s not quite as clean as just a monster that we’ve all heard stories about and know how to kill, making his tales more about the inner evil of man than just the outer evil of devils.  But this is the beginning of his career, he leaned on the crutch of convention a little more than he would later in his tenure as the King of Horror, which can’t be held against him really, but should be known if you start reading this book thinking that you’re diving into a universe of allusion and meaning.  Also, this was the building block for all of King’s little-Maine-town-with-a-big-problem books, of which there are many, as you well know if you’ve ever picked up much of his fiction.  He loves that recipe, it works well time and time again, we’ve read it many times before, but it started here; a young writer, a small town, its amusing residents, its dark secrets.  This was the start of it all, even more than Carrie, and so many would follow, some much better, of course, and never perhaps this raw.  Get ready for vampire visitations, stakes through the heart, love amidst the tragedy, the awesome King/Maine/literature/paper mill/soda pop references we’ve grow to love, just maybe on a slightly smaller and less perfected scale than will surely follow, as even the master learns a thing or two.