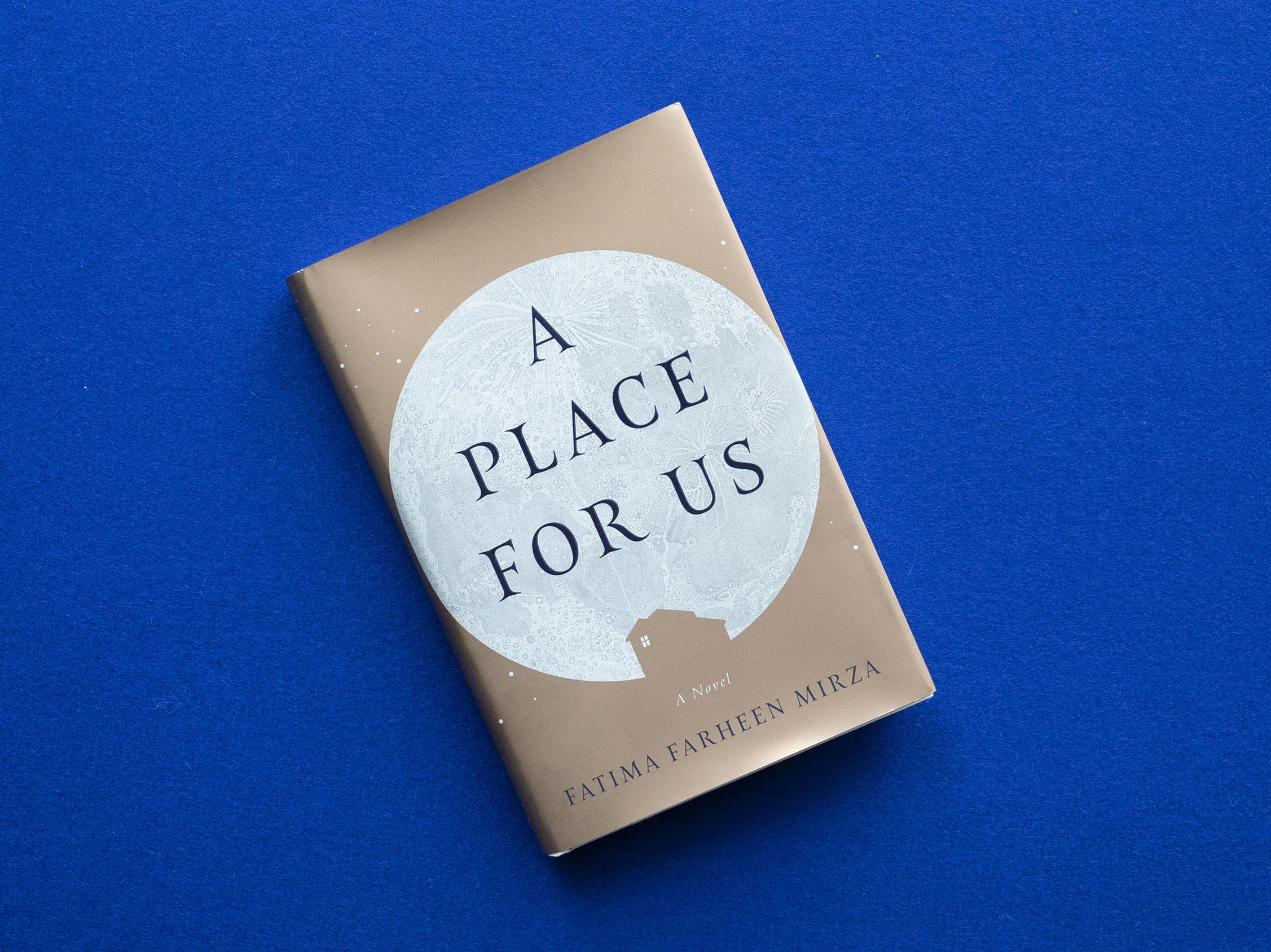 Kurt Vonnegut said that what women want people around for is to have more humans to talk to, and what men want people around for is to have more pals.  Vonnegut is a genius, so we should take his word on basically everything, but in this I understand completely what he means and I completely agree.  Women want to talk, men want to hang out, and that subtle difference is exhibited in the books we typical enjoy reading; women want books that give them someone new to talk to them, men want books that give them somewhere new to hang out.  Obviously that’s narrow and maybe even sexist, but I also think it’s generally true, which is what I mean when I say that a book is written for women or written for men; I don’t mean the other simply can’t enjoy it, I mean that it was written from a place of inescapable Vonnegutian Philosophy, that’s all.  A Place for Us is a novel sculpted in the manner of conversation over transportation, which might appeal to one group over another, but ultimately shouldn’t stop anyone from reading, enjoying, and, perhaps, taking away something very special.

We are invited to become temporary members of a Muslim family living in California, even while they go through their darkest times.  Coming from India, and a place of culture and tradition, the family succeeds in finding a community in their new home but struggles to balance the outside way with the way things are run inside their home, made more difficult as their three children grow older and begin to make choices of their own.  Rafiq is the father, a strict man who believes in the value of the old ways.  Layla is the mother, trying to keep a happy home in a place she fears will pull her family apart.  The children are Hadia, Huda, and the youngest, a boy named Amar, who will have the hardest time getting older and making good choices, as he struggles against the bonds of religion and clashes with a father he feels will never understand the strain of being a young Muslim in an evolving America.

This book in an example of storytelling over storymaking, and it’s your job to decide which of those you’d rather read.  Here, we are placed within a family, we watch them change through the years, we see their moments of success and of misery, we begin to understand the difficulties of their journey and why they are the people they have come to be.  It feels very personal, like a true story, and I’m sure much of it is, at least in a sense, and that will be a huge positive for those looking for immersion into a unique narrative, for those who like a book to speak to them as if in conversation.  But for those looking for more, look elsewhere.  The physical writing of this novel is weak, it’s far too conversational and episodic, like it was told off the cuff without much effort to elevate the text beyond speech.  And learning about traditional Indian-Muslim practices was not something I was interested in (for full disclosure, the closest “ism” that describes my beliefs is antitheism), so every italicized term just threw me more off the course of what little plot there was, and made me dread what religious term I had to hear about next.  I will say this though; Part Four, which was from the father’s point of view, and basically read like an open letter to the son, was spectacular.  It summed up everything the book had been trying to say, it made it all much more realistic and emotional, and was almost enough to get me to say that I loved the novel as a whole.  But I didn’t; the majority of it was almost amateurish and sometimes dull, a story being told instead of constructed, when what I typically want is a pulling of my mind into a place that doesn’t exist until it’s written.  Still, I will never forget that ending, one of the best I’ve ever experienced, and pretty much worth the rest of the read, which I never hated, but didn’t enjoy as much as others assuredly will.