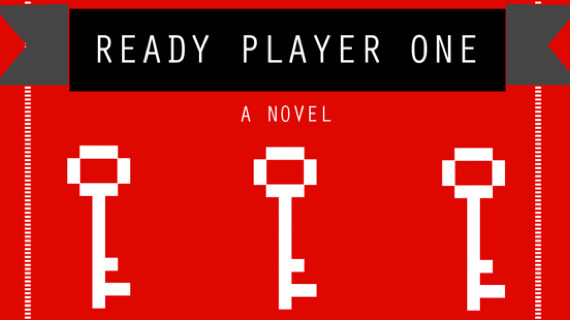 Steven Spielberg will make this book into a movie next year, and it’s easy to see why.  It’s not the dystopia, although that has proved to be a genre that audiences just eat up.  And it’s not the writing, more on that later.  It’s the 80s nostalgia, something that Hollywood understands we can’t get enough of right now, as GenXers turning 35 head to the theatre, and can’t stop themselves from watching their childhood favorites redone.  They aren’t always good, but that hardly matters; we want the Ghostbusters to return, we want to see Transformers again, we easily fell in love with Stranger Things, and we’d give our left hand to see 80s goodness brought to our screens like a cornucopia of delights for our senses.  That’s what Ready Player One does on the page, that’s what Spielberg with do in March, and it hardly matters that the source material is 40 years old and the novel that is supposed to make our dreams come true absolutely, shockingly sucks.

In the near future, the world will run out of energy, our population will explode beyond containment, governments will collapse, food will become scarce, but life will still grind on, even if happiness no longer seems an attainable goal.  The only bright spot of this grimy picture is James Halliday and his wondrous creation, OASIS.  It’s a virtual world in which anything is possible, where kids can go to school, where the crafty can make a real buck, where you can live out your wildest fantasy while your actual body stays in the common city slums.  Everyone uses OASIS, and when Halliday dies without an heir, he announces through video that one user will become the owner of the entire company, an overnight billionaire.  But first you have to win the game that he created, a test of sorts with multiple levels, terrible bosses, and puzzles galore.  It’s based on the 80s, Halliday’s favorite era, and you’ll have to know its pop culture history front and back if you’re to have a chance at winning the greatest prize in the universe, and the chance to completely change your life.

We are told the story through the eyes of Wade Watts, a young and penniless gunter, which is an OASIS user who is completely devoted to the 80s and to solving Halliday’s mystery.  Wade lives in Oklahoma City and then in Columbus, OH, but most of the action takes place in OASIS, so we see him through his avatar and we don’t really know the true identities of the people he meets.  First, let me say that the 80s element is fantastic.  References galore, trivia overloads, flashbacks around every corner; it’s pretty magical.  If you like 80s movies, you’re in for a treat, and there is also music, anime, D&D, video games, whatever you liked as a kid you’ll find on these pages.  And the technology that Cline invents is pretty amazing, this entire world where anything is possible, and it’s pretty believable that we could actually get to that point some day.

But, as much as it pains me to say, because I so enjoyed the nostalgia, this book is horrendously written.  It’s like a 12-year-old won a contest with a really good story and for some reason it was published where actual adults could read it and expose it for what it is; amateur.  Cline falls back on every cliche, his dialogue is ridiculous, and I’m not sure there’s an ounce of literary talent on display here.  It’s a major let down, because you want to love the story so much, but remind yourself that it’s not your fault; a writer is supposed to be able to write, and Cline can’t, he can only imagine.  Still, I can’t steer you completely away, there’s too much to enjoy here, and the movie should be fun as well, though I worry it’ll be equally childish.