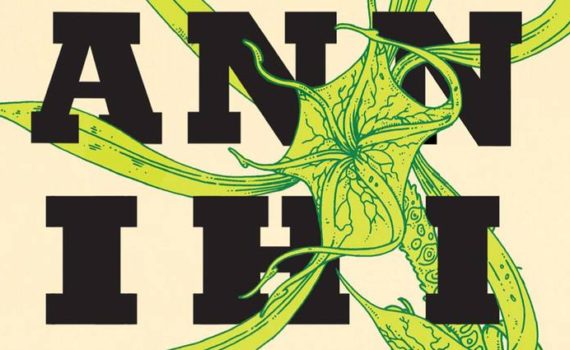 I first heard of Annihilation as a film, to be released this coming February.  You can watch the trailer here; it has a very unique sci-fi feel, but also seems like a combination of many others, so I’m interested to see how it will turn out.  The fact that it is written/directed by the creator of Ex Machina, Alex Garland, is reason enough to get me in the theatre to see it, so I’ll report back on the movie as soon as watch, and hopefully I’ll have great things to say.  Meanwhile, the original novel was a big hit when it was published, but I hadn’t read it, so I figured that was something I should remedy before the film is released next year.  I was not disappointed in the quality of the book, as I can often be when reading something from a Bestsellers list; sometimes I don’t see eye to eye with the general populace.  But in this case, I thought Annihilation was an excellent read, an incredible story, and just another reason to anticipate the film version.

A biologist sets out, with a team of other women, into an uncharted zone called Area X, a place where teams of scientists and soldiers have been sent many times, with varying but always concerning results.  Once across an obscure border, life changes, and perceptions cannot always be trusted.  The members of the team all have different objectives, may have had different training, and are all hypnotized in order to acclimate themselves the this strange Area.  But nothing inside makes sense, no descriptions could possibly have prepared them for what they are about to witness, or how the very landscape will alter their reality.  There is an inverted tower that beckons them to come within, there is an abandoned lighthouse that calls them to explore, there is a marsh that holds creatures that are far too human, and there is a life force in the air they breathe whose presences will have unpredictable consequences.

I’ve read the book and I still couldn’t tell you what it’s really about, and you know, that’s OK.  It might not be for everyone, a story that makes absolutely no sense, and not even the characters know what the hell is going on, all they can share with you are their ridiculous theories.  But I can appreciate a little obscurity in my life, not every novel/film has to spell it out for me, I am allowed to think through the point and come to my own conclusions.  Now, we should look to the author, we should attempt to divine what they intended, but we can lead ourselves, it’s OK to still wonder when you come to the end instead of definitely knowing.  Annihilation is a book that won’t answer your questions, it will only ask more, but it can still be an enjoyable piece of literature.  I was thoroughly entertained by it, even as I stumbled along beside the characters, as I went on a journey with them that made no sense.  It was fascinating, open-ended, scary at times, odd at others, but always engaging, like a sci-fi plot should be.  I only hope that the movie captures the same sentiment, because I know how Hollywood likes to do it, and I don’t have a ton of faith that they won’t screw it up.