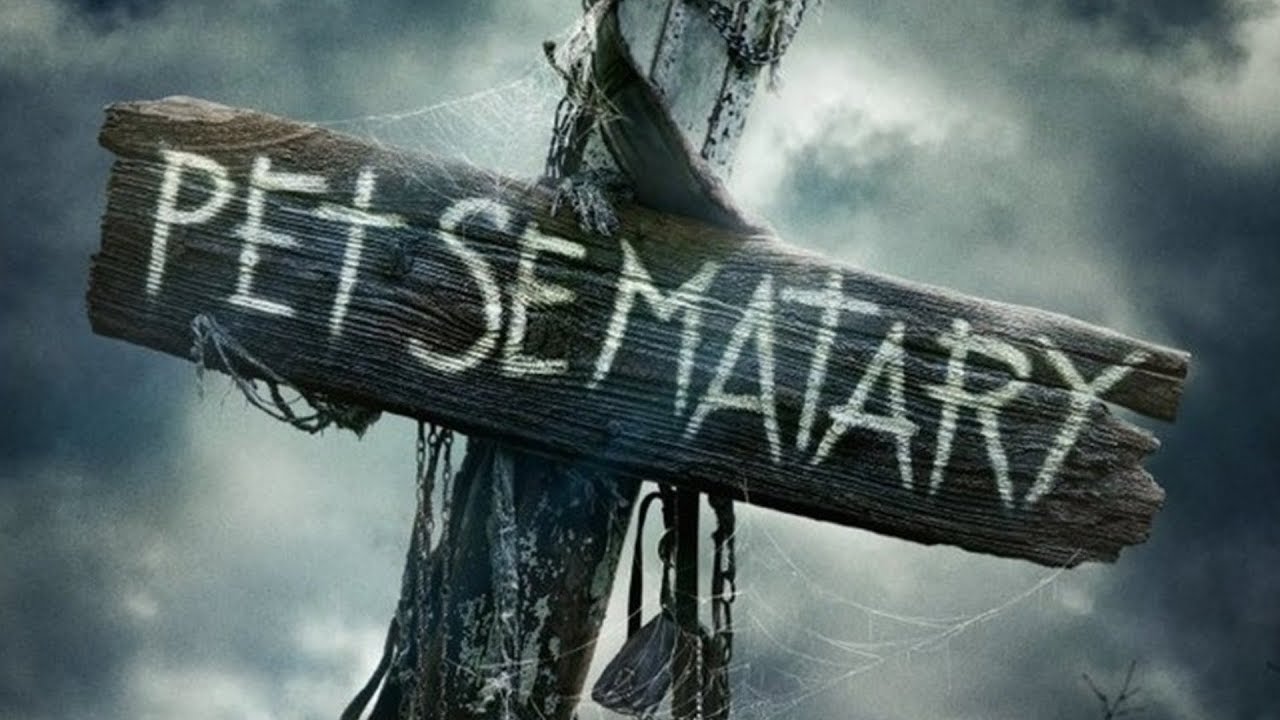 As I make my way through King’s bibliography, I come to one that’s definitely a blind spot; Pet Sematary (and of course there are movies) is among King’s most widely-known works, for some reason I just missed it.  Maybe it’s subconscious, because I didn’t want to read a book about a good pet that came back bad, since I love animals so much.  And that’s ignoring that the same thing is gonna happen to a kid; I like pets better than people, let’s just put that out there.  But I’m catching up on this King staple now, and I’m so elated that I did; not only is it one of his best early books, it’s one of his best overall novels, a stunning achievement of supernatural and introspective that will keep you up at night not in fear but in reflection.

Dr. Louis Creed and his family move from Chicago to rural Maine, after he gets a new job as the head of a nearby university’s student health department.  Louis loves his family (his wife Rachel, his little girl Ellie, his toddler boy Gage) and would do anything to keep them happy.  When Ellie’s beloved cat Church is hit by a car on the busy road in front of their house, the Creed’s neighbor, a wonderful old local named Jud, gives Louis a chance to put that theory to the test.  Beyond a quaint pet cemetery in the hills lies a darker burial ground, where what you put into the earth comes back, but at a cost.  When real tragedy strikes the family months later, Louis will turn to the graveyard again, this time risking his own damnation.

Stephen King calls this book the one that truly scares him the most, and I completely understand why.  It’s mildly frightening, in the horror genre way we’re used to from King, it has some supernatural elements, I could see how someone would be creeped out by it in many chapters.  But that’s not what he means, and that’s not exactly where you’ll feel the darkness.  Pet Sematary is one of King’s most shockingly depressing stories, a real look into death that will leave you pondering your own life and the lives of those around you.  He examines what dying means; the death of a pet, the death of the old, the death of the young.  It’s an exercise in self-torture, and that’s what’s really scary, what you’ll remember after to put the book down for the final time.  As a father of two kids myself, an elder girl and a younger boy, as a husband, as an animal-lover even, I felt this book very strongly in many different places of my heart, and it definitely affected me for days.  The way King describes Louis, with the best and worst ways a man can be exhibited throughout, with sex and career and family and friends and freedom and death on his mind, is so realistic and honest that it’s frightening; this is some of King’s absolute best writing.  Pet Sematary has been made into a movie two times, but they can’t capture what the novel can, the down-in-the-bones madness that can come from loss, and the difficulty in simply being alive, knowing that some day you won’t.