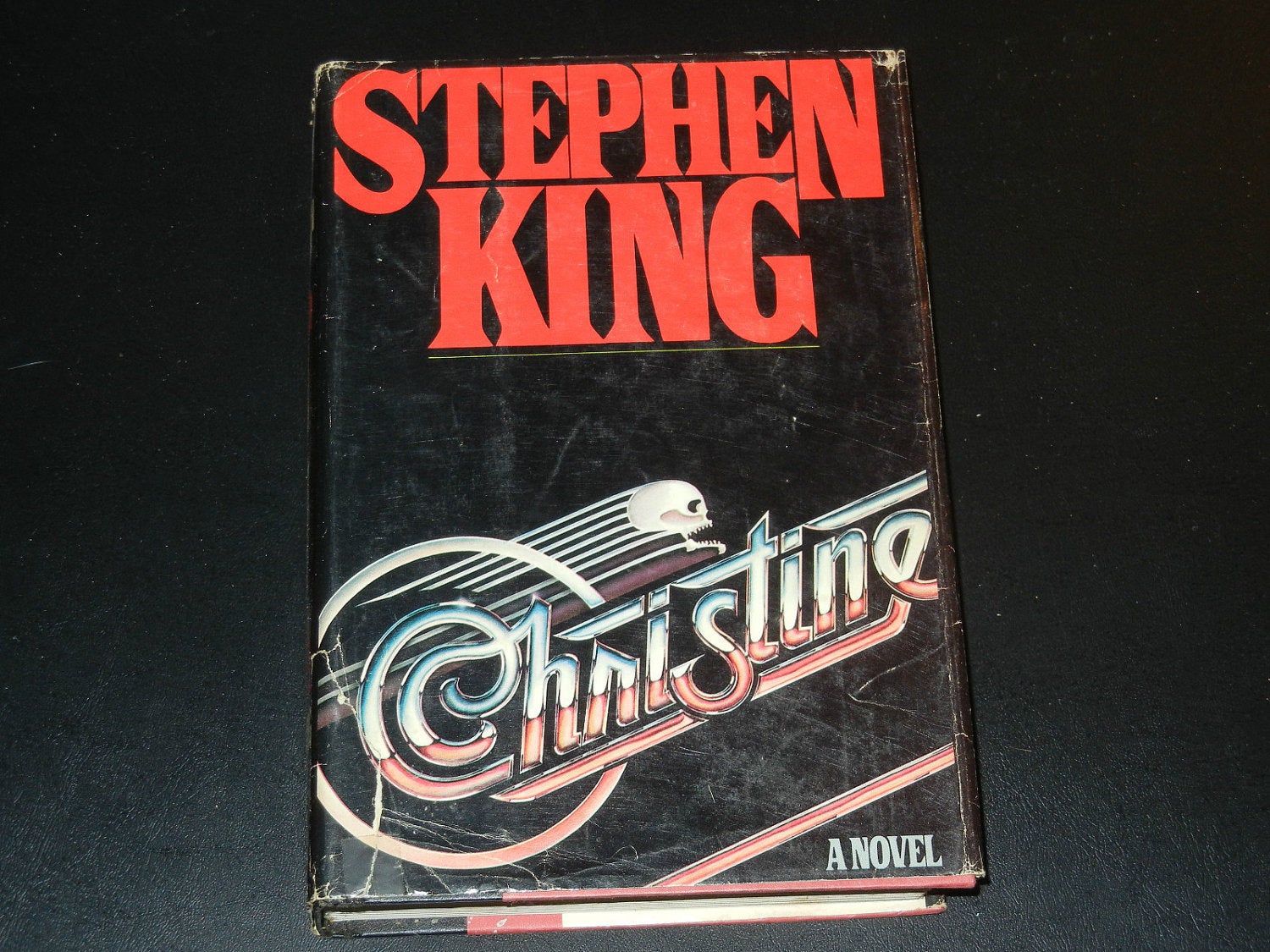 As I continue my quarantine quest to read through the entire King bibliography, I come to one of his sillier ideas; a killer car that’s cursed to have a murderous life all its own.  It’s not the coolest plot, much like the aliens in Tommyknockers or the grim reapers in Insomnia, but, you know, maybe he just runs out of ideas sometimes, and, to his credit, he usually finds a way to make them work anyway.  That’s the way it is with Christine; it really shouldn’t work, it kinda doesn’t for a while, but King saves his own bacon by wrapping it up quite nicely.  This book slides into the category of ‘quite good’ without making a very large splash, and probably without my remembering it too fondly a few years hence.

Four main characters are central to this story: Dennis, Arnie, Leigh, and Christine.  Dennis and Arnie are best friends, have been for years, and even the politics of high school won’t keep them apart.  Dennis has always stood up for Arnie, who is nerdy, pimply, a little odd, but a good friend, and Dennis has never wanted to be “popular”, although his looks and his place on the football team could take him there.  Leigh is the girl Arnie falls hard for when his confidence starts coming in and his acne starts clearing, a process of growing up that comes on quickly, mysteriously, right after Arnie buys his first car.  Which brings us to Christine, a she not an it, a car with a life of her own.  She has the ability to fix herself and to fix her owner, but at what cost, and who will be run over along the way?

King imbues this tale with teenage angst, car talk, rock music, awkward juvenility; some of the things some of us experienced, but perhaps not widely enough to warrant an entire story about growing up in way that can seem universal but at times comes across as too specific and too fictional.  The horror part aside, this is simply a hard plot to get into, it’s broken up strangely between characters, and then the “scary” element does start feeling a little forced when you meet the darker pieces.  It’s the end that gets you and makes you enjoy the entire package, but even a good wrap up can’t save the day completely.  Arnie is a hard role to really appreciate, Dennis is not around enough, Leigh is obviously a fantasy, and Christine just isn’t that terrifying.  That sounds like a lot of problems for a 4/5 star rating, but the end really did tip the scales, the end third maybe, and when you look back you think to yourself “OK that was kinda neat.”  Christine won’t go down as a King classic in my book, but that’s OK, they can’t all be home runs, sometimes you just get a base hit and call it a day.