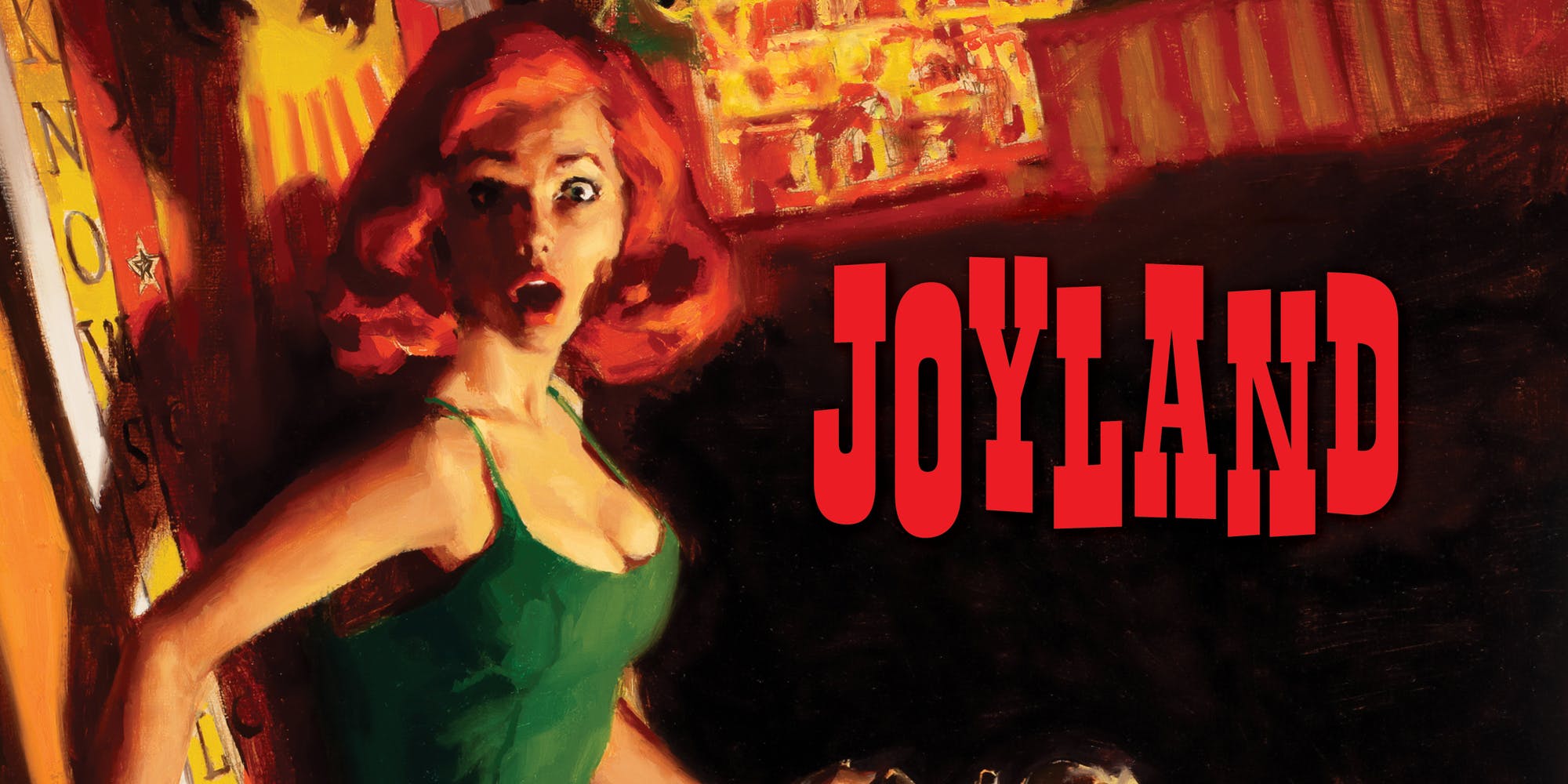 One of King’s simplest novels, and one of his easiest stories to consume, Joyland stays away from deep undertones and gruesome horror, at least to the extend that his other books delve into, and instead reads like pulp fiction, a genre King is constantly referencing and dabbling in, without usually taking the plunge.  Joyland is short for a full novel, flies smoothly by, and offers an enjoyable read, without amazing metaphors and nightmare scenarios, making it one of King’s most broad reaching and perhaps accessible.  I like everything he does, from short stories to full epics, from character studies to gross out gore, so count me in for whatever, but I think this book in particular might be one I could easily recommend, if only because it doesn’t require a devoted fanbase, just a casual audience.

Your first heartbreak can become a moment that imprints itself upon your timeline for the rest of your life, and, for Devin Jones, that melodrama is exactly his current situation.  He took a job at Joyland, a small-potatoes Carolina amusement park, to earn some money in between years of college, but at first he thought that he and his girlfriend would be able to deal with the distance.  But apparently not, because she’s off with another guy, and Devin is left miserable beyond repair.  Or, perhaps, not quite, because Joyland somehow becomes more than just a job, it becomes a home and a way of life, at least for a time, and the people Devin meets there will change his life forever.  When he stumbles upon an unsolved mystery and a young boy with second sight, Devin will have to walk down a dark path toward the truth, but thankfully never quite alone.

King wrote this story as a pulp novel, a crime story, a dime paperback thriller; all the things he constantly talks about but rarely writes.  His books, other than his short stories and novellas, are usually much more deeply involved, but Joyland is a chance to get in and get out, to enjoy a summer with a boy, albeit one that turns deadly rather quickly.  Hey, it’s still King after all, there’s still death and sex and supernatural drama, what did you expect, but the force is toned down, and that’s why I think this novel might be one a larger audience could enjoy.  Devin in a great character, the people he meets are fascinating, and the action is cool; you can’t ask for more from a beach read or a summer thrill ride, whatever you might want to call this genre.  And the book is still written with King’s talent, his mastery for background, and his ability to transport us into a different world in the span of a few pages.  Read and enjoy, just don’t expect The Stand; Joyland is a different beast entirely.