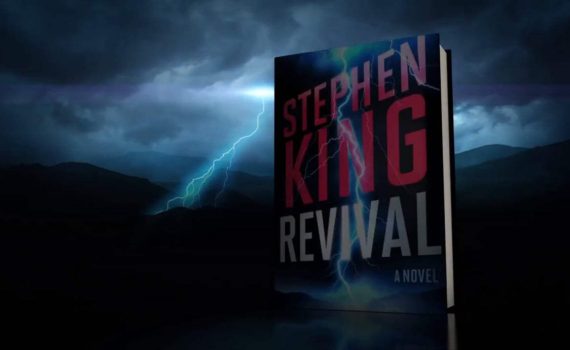 Revival might be the weakest King book I have ever read, and I’ve read my fair share.  I love his style, his immersion, his references, and basically all his stories; he has an unmatched gift that can’t ever be explained.  But Revival is weak sauce, throwaway fiction, without a real point or a strong hook, and it left me feeling like he wrote it in his spare time, not with any real focus.  In fact, this book was written in between King’s Bill Hodges Trilogy (Mr. Mercedes, Finders Keepers, End of Watch), so maybe he quite literally did give birth to this story while he was busy doing other, more important things.  Because it feels like an afterthought, or perhaps a side note, a tale that could have made for an interesting short, but was never made for an independent novel, as it was doomed from the start.

Jamie Morton can’t escape the madness of his childhood minister, Charles Jacobs; the fates of both men have been intertwined for some dark purpose.  As a boy, Jamie looked up to Charles, they were friends even, and the minister shared his love of God with the curious child, as well as his passion for science and electricity, which were his obsessive hobbies.  But when Charles lost his wife and son in an accident, he left his religion behind, and Jamie grew up while growing further & further away from his own faith.  But the two were linked, and as Jamie fell into drug addiction, Charles advanced his experiments with the healing power of electricity, tapping into some other-worldly force to treat the sick, but with an ulterior motive that definitely wasn’t Godly.  Jamie would become an Igor to Charles’ Dr. Frankenstein, the pair playing with fire, all the while knowing that, beyond the veil between life and death, there might be a sleeping evil that won’t react well to being disturbed.

This novel is so convoluted with religion, addiction, trauma, and pseudoscience that it’s hard to wrap your brain around all the themes at once, while also trying to dive into a horror story that’s mostly neither scary nor interesting.  It’s a curious idea, but fleshed out far beyond its breaking point, like The Shining taken down the wrong road and given too many different threads to handle.  And I even felt that King was off his game, ending chapters with phrases like, “But I had no idea everyone around me was about to die”, as if he didn’t have any other tools at his disposal than cheap, college-level fiction tactics.  The entire book read as if it was written by someone on a lower talent tier than King’s usually-sharp standards, and that’s a major disappointment.  I’ve read almost everything he has ever offered, and Revival might be the most phoned in, the least thought through, and the only one without a reason to invest.