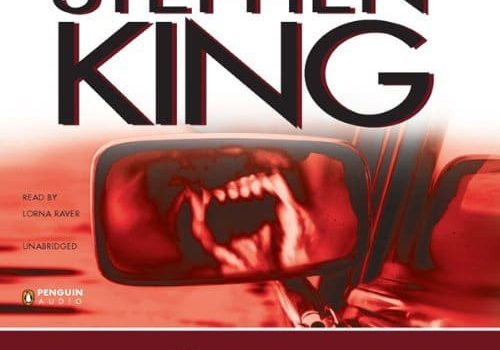 It shouldn’t come as a surprise, but Cujo isn’t really about a killer dog, that’s just something for the cover of the book.  That’s just something to catch the casual reader, or to rope in those King fans who know him for horror and want to be scared again.  But for those looking for something a little deeper, Cujo delivers bucket-loads, metaphor for days, stories under the story that have so much more to share with us than simple chills.  King is the master of the layer cake, something on top to make the money and something below to feed the soul, and it’s that dual talent that makes him such an artist.  Cujo is a shining example of that rare ability, which aids it in reaching the upper level, and shows us just why King is king.

Two couples are going through a major life change, both with young boys watching the struggle and learning what it might mean to be married.  Vic and Donna Trenton seem to have it all together; he’s an ad man, she’s a stay-at-home mom, they’re attractive and relatively young, their four-year-old son Tad is both bright and fun to be with.  Down the road a bit, out in the boonies, Charity and Joe Camber are living a slightly different life, he an independent mechanic, she afraid of the anger of her husband, ten-year-old Brett torn between the parents he simultaneously loves.  As shit hits the fan in their respective relationships, a random event will shake them all to their core; the Camber’s loving Saint Bernard is bitten by a rabid bat, and quickly begins to lose him mind.  Torn between the love he has for his humans and the evil that’s eating him from the inside, Cujo turns to violence, and draws the skeletons of our main characters out of all their closets, exposing their worst fears to the light.

King does so many things so perfectly; setting a quick table, layering on the symbolism, making audiences feel accustomed to his setting, and then scaring us to death.  All his talents are on display here, in one of the best books he’s ever written.  Cujo is so much more than a frightening tale about a rabid dog, and even more than one metaphor about the everlasting power of the monsters in our closets.  It’s about marriage, fidelity, what we pass to our children, what we lie about to ourselves, how we allow others to fool us.  It’s much more sad than it is terrifying, though there is definitely still an element of claustrophobia and terror; we spend a surprisingly small time with and/or talking about the dog, the plot really takes place between the characters and is often aimed at their sons, showing readers where the real points are being made.  I’ve read enough King to know when he was on his game, and Cujo is a prime example of how he can focus an emotion toward an experience with an ease and a skill that’s almost beyond belief.