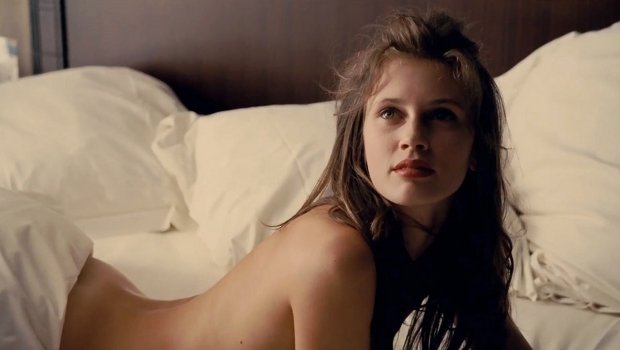 Francois Ozon is quickly becoming my favorite French director.  Or, should I say ‘slowly’, since he’s been around forever, I just didn’t experience his work until he was already fairly established.  I watched Swimming Pool some time ago and was shocked by how much I enjoyed it, a random foreign film that I had never heard of before.  That was also my first experience with Charlotte Rampling (Never Let Me Go, 45 Years, The Sense of an Ending), who I now see as a fountain of surprises & talent, and who also appears briefly in this film.  Ozon’s other feature that I absolutely loved is Frantz, one of 2017’s very best movies, English language or otherwise.  I hope it’s nominated for an Oscar this year, I hope Ozon keeps pumping out the hits, and I hope you can appreciate Young and Beautiful as much as I did.

Isabelle is a young girl on the verge of becoming a woman, a 17-year-old who is melancholy by nature, who is curious about her body, sex, adulthood, and what happens after you leave your youth behind.  Her family is loving and wealthy, she wants for nothing, but she longs to explore the unknown territories of power and passion, a place that has always been off limit.  One summer, on holiday, Isabelle looses her virginity to a German boy she never intends to see again, opening the door to the power of sex and the possibilities now available to a beautiful girl who can so easily switch emotion on and off.  Isabelle begins to allow men to pay her to sleep with them, not understanding that she’s entering dangerous territory, a place she simply isn’t old enough to survive.

First, let’s address the sexuality, because it’s at the forefront of the film, though it obviously isn’t the only point.  Marine Vacth was 22 when this movie came out, but she looks much younger, and that will be an uncomfortable part of this story for some.  Isabelle is underage, nude, experimenting, and ultimately prostituting herself; it’s a raw look that doesn’t shy away, something that not all audiences will want to see.  But if you can accept that part of the film, there’s much more to view.  The timeline is split into seasons, as Isabelle ages and learns, with music to blend the passing of time, something I really appreciated from this director.  He told the story beautifully, with heavy moments mixed with light, difficult scenes mixed with simple ones, forging a feature that uses sex but wasn’t controlled by it.  Young and Beautiful could have become a simple skin flick masquerading as a drama, but Ozon was able to steer it in the right direction toward a provocative coming-of-age tale, toward characters with onion layers that peel back over 90 minutes in a wonderful way.