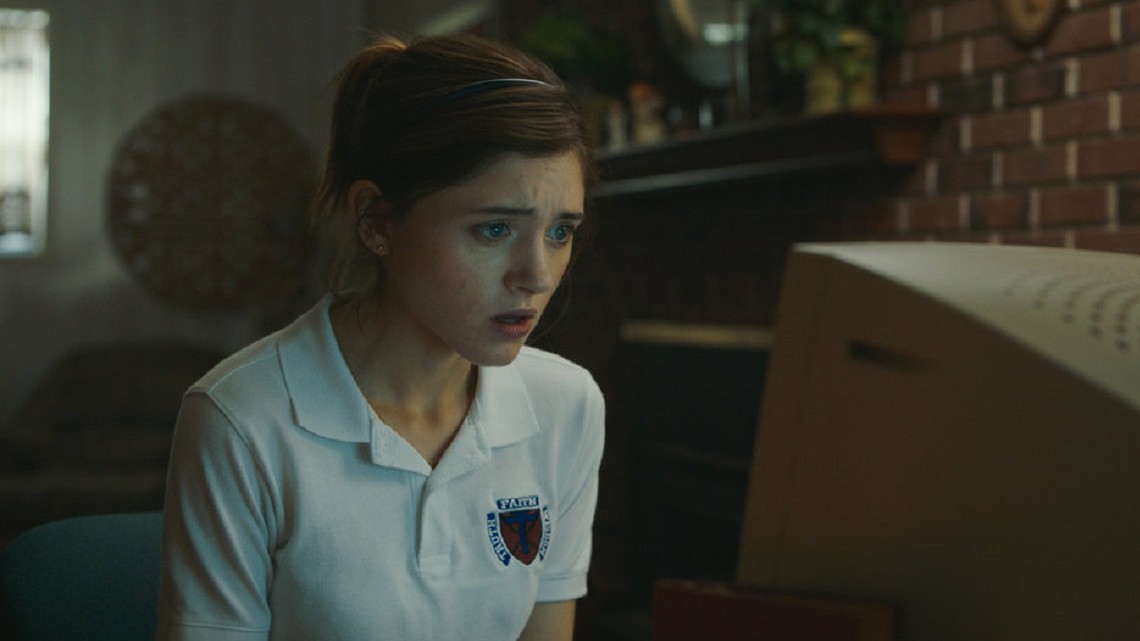 Yes, God, Yes could not possibly have been more accurate to what it feels like to be a teenager in church, confused about religion & masturbation to the point of mental breakdown.  That’s part of the plan in these places, if you can believe it; to break you down emotionally so that, when you come up, they can give that credit to Jesus and make you think that there is actually a god.  I know, I lived this movie, around this same time period too, and so it not only feels very personal but also extremely spot on.  Religions are built on guilt, and none more so than Catholicism, which is perfectly portrayed here in a movie that’s not much more than a short film but really never needs to be to get its point across rather loudly.

Alice is a goody-goody to the core, but that’s how she’s been trained to be by her family, her friends, her school, and her church, to be perfect at all times, to look to Christ at all times, to abstain from sin at all times.  It’s a standard that’s not possible to live up to, especially for a budding young woman who is starting to be curious about sex.  Stumbling into an adult chat on AOL, Alice even gets the urge to touch herself, though she knows her priest would disapprove.  Convinced to attend a weekend retreat, Alice finds that all of her emotions and urges followed along for the ride, and that no one is dealing with their bodies any better than she is, they’re just more willing to lie about it.

I’m gonna get really mad if I dive too deeply down into the religious aspect of this movie, so suffice it to say they got it all right.  I mean, this girl just wants to watch the sex scene in Titanic and maybe masturbate; that’s perfectly healthy and awesome, you go.  But her church is preaching self control, teaching that even self sex is a sin, and then telling the biggest whopper of all when they claim not to be doing all these “bad” things themselves.  Alice soon learns that she’s not alone and not evil, but think of the years that she’s wasted on this fucked up religion that is only lying to her; it breaks my heart and makes me so incredibly furious.  The film does a wonderful job of showing us the insanity of this world, especially when juxtaposed with sexuality; Maine’s only other film is Obvious Child, which I didn’t like because I don’t like Jenny Slate, but with Yes, God, Yes she nails it all down quite well, and makes it feel personal every step of the way.  Dyer is great as the naive Alice, and the small references to the late 90s are so true they’ll either make you laugh or cry, with a strong supporting cast to round out the effort solidly.  This was a short film first, it’s still very brief, but long enough to get to the point and for us to enjoy, or to make you hopping mad, whatever the case may be.