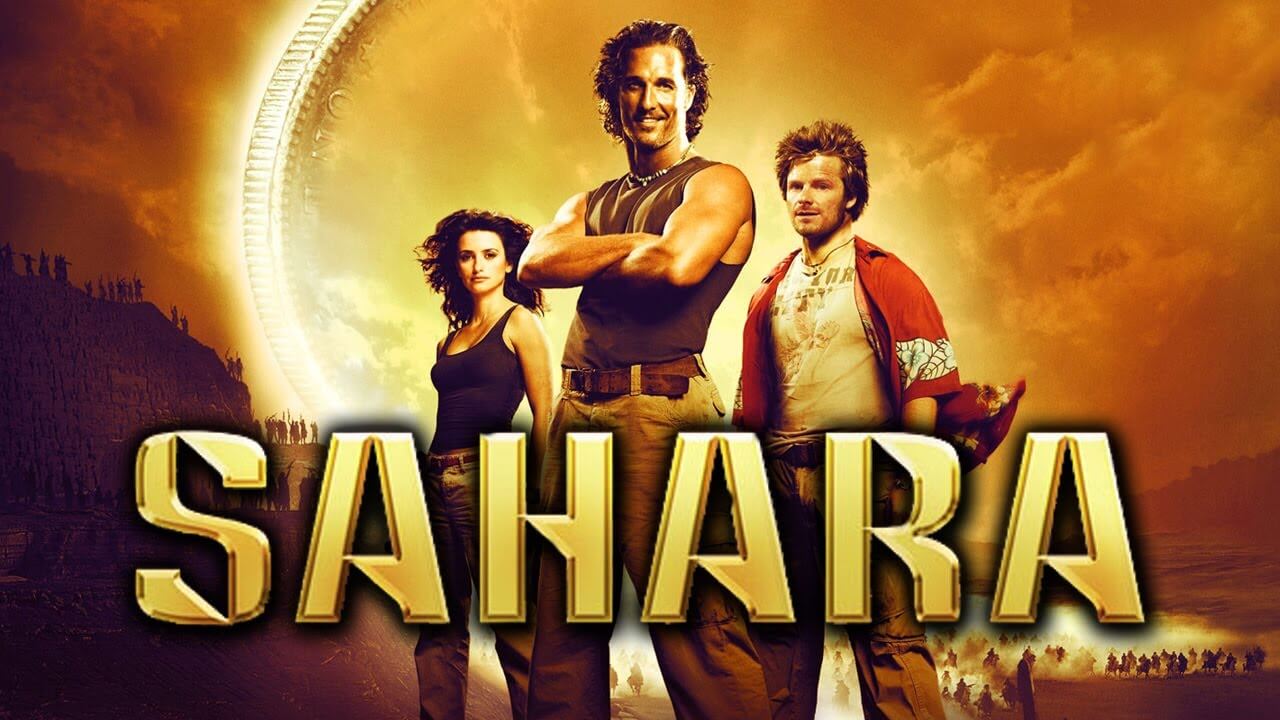 Sahara is no Mummy; hell, it’s even no National Treasure.  But it sure does copy off both, pulling from the same bag of tricks that worked or semi-worked before, thinking that we’re probably dumb enough to fall for it all again.  It turns out, Sahara was the dumb one, because even audiences looking for nothing more than a shallow, sandy good time weren’t fooled by a story that had more holes in it than a rusty old wrecked plane that’s conveniently turned into a desert parakite (seriously, that happens).  This movie is bottom-of-the-barrel entertainment, with so much better stacked on top that it’s a miracle anyone ever reached down this low.

Dirk Pitt is a famous diver, explorer, treasure hunter, and ex-Navy Seal who can do pretty much anything, but what he loves is searching for ancient myths that he believes can be turned into modern excavations.  Dirk and his friend Al have been on the hunt for a Civil War-era ironclad ship all their careers, a boat carrying Confederate fugitives that may have made it all the way to Africa.  Meanwhile, a doctor with the World Health Organization named Eva Rojas seeks out the source of a terrible plague that’s affecting the citizens of Lagos, Nigeria and elsewhere nearby.  When their paths cross, Pitt & Rojas realize that they’re searching for the same things; answers.

There’s a reason why there were no more Dirk Pitt movies, and Sahara is it.  Clive Cussler is an adequate author, if you like that sort of fast-paced, low-thought, page-turner, and there is an audience for that, I’m not judging (too harshly).  But Sahara had four screenwriters, plus being based on the book, and then it had about a hundred different characters that it tried to make funny and/or menacing, the result being a god-cursed mess that single-handedly destroyed a budding franchise.  It’s no wonder; while the cast might look good on paper, it was obvious that each actor was phoning in their performance, knowing full well that the movie they were starring in completely sucked.  McConaughey, Zahn, Cruz, William H. Macy, Rainn Wilson, Delroy Lindo, Lennie James from Snatch, Lambert Wilson from The Matrix Reloaded.  It’s not a terrible cast, but they did not shine here, that’s for sure, because there wasn’t any energy to feed off of, this movie was dead on arrival.  It’s overtly silly, written poorly, and just plain ludicrous from start to finish, an insult to a genre that can be OK if it’s done with at least a modicum of skill.