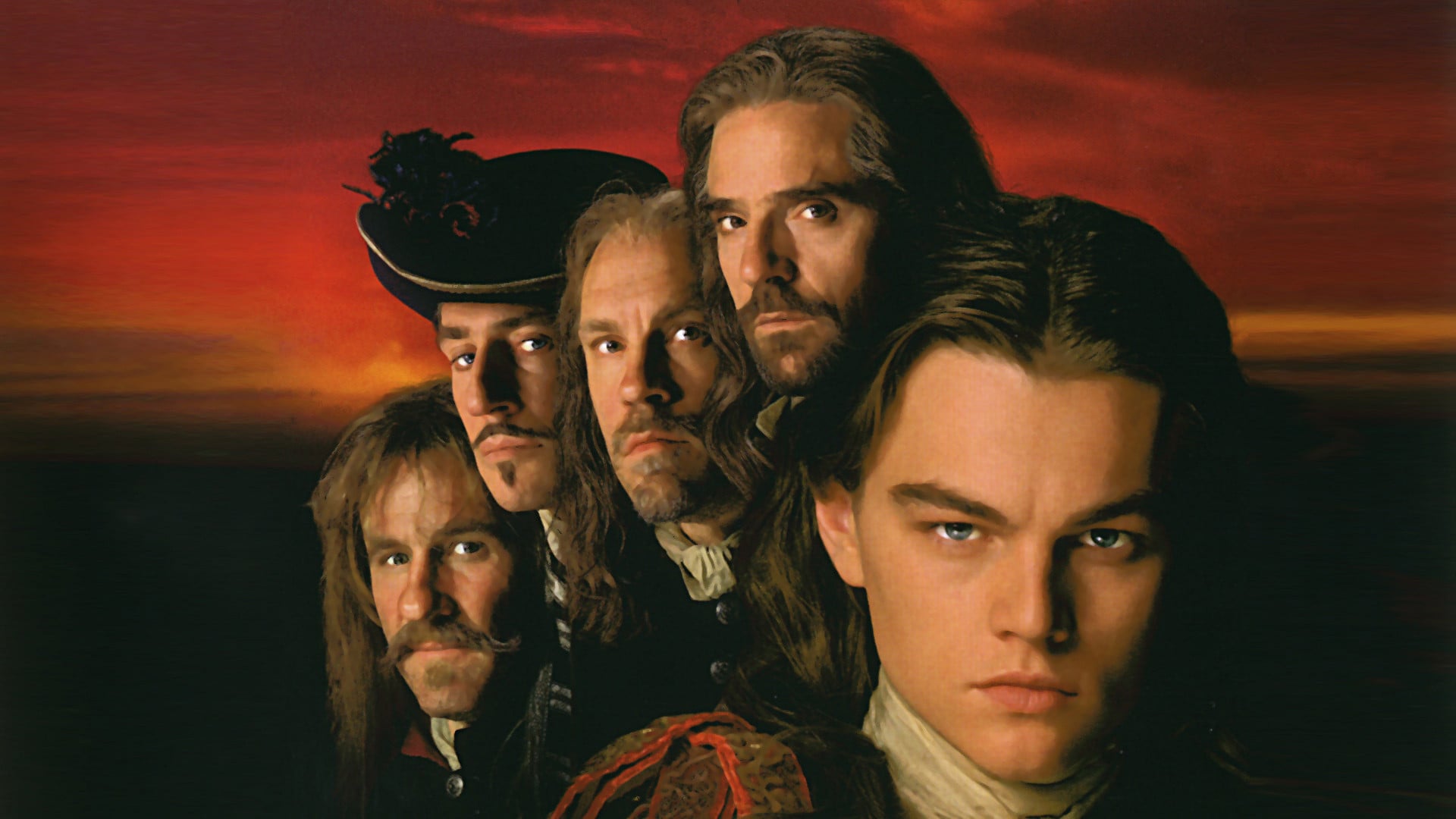 Much like Roland Emmerich with disaster epics, Randall Wallace has an eye and a talent for historic epics.  He either wrote or directed Braveheart, The Man in the Iron Mask, Pearl Harbor, We Were Soldiers, and Secretariat, which is a cheesy filmography to be sure, but also not something to sneeze at.  Like Emmerich again, he can be hit or miss, over the top or b-movie-quality perfect, can catch lighting in a bottle or can whiff completely.  Braveheart is my second favorite film of all time, but that’s thanks in large part to Mel Gibson, who of course starred in and directed the film.  But The Man in the Iron Mask might land on the opposite end of the spectrum of my taste level, a ridiculously amateurish attempt at adventure that watched very poorly 20 years after its release and after 15-year-old me thought it was absolutely awesome.

The legend of the Three Musketeers lives on, as a famous but aged foursome (including D’Artagnan) now lives in Paris in peace.  But their king died many years ago; France is now ruled by his son, the selfish and cruel King Louis XIV.  Aramis is secretly defying Louis, as he bends an ear to the wailing of a starving people, even while D’Artagnan serves as the head of the King’s personal body guard.  Aramis enlists his old friends Athos & Porthos, and together they hatch a plan to save the country that they love and have vowed to defend.  At birth, Louis had a twin brother, Phillippe, who has been imprisoned and enmasked for fear that the brothers might someday vie for power.  That day has finally come, as the kind Phillippe will be lifted from bondage and set upon the throne, unless Louis, D’Artagnan, and a new crop of obedient Musketeers can stop him.

The 1993 Three Musketeers was quiet the epic, with its song and its romance and its adventure; I remember school dances that featured All For Love by Bryan Adams as a slow dance; those were simpler times.  But I doubt it would be wise to watch it now, I’m really not sure how well it would hold up, and its ripoff, The Man in the Iron Mask, didn’t age very well either.  I remember enjoying watching this movie on TV as a teenager, but that’s different from dissecting it as an adult, and the result were not pretty.  The acting, oh the acting, except perhaps from Leo, who is always on his game; roughly every other actor in this film ought to be ashamed of themselves.  Malkovich & Sarsgaard were especially bad, but their lines were worse, and the few times there were “special effects” the quality of the entire picture fell even further down into the hold it had been digging for itself from the beginning.  Awful action, mismatched accents, stupid writing, unbelievable plot lines; a mess if ever there was one, and the only saving grace was my fond remembrance of a story I once upon a time enjoyed.