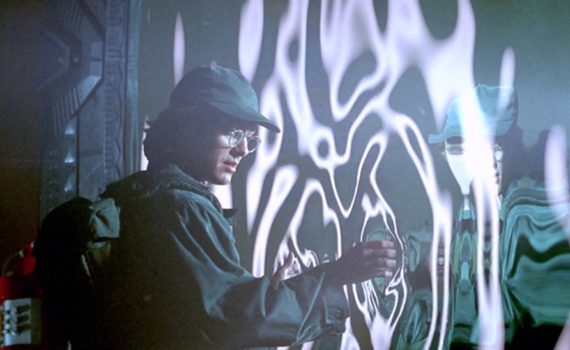 Before Independence Day, Godzilla, The Patriot, The Day After Tomorrow, 10,000 BC, and 2012, there was Stargate, one of what would eventual become Roland Emmerich’s calling cards, these big, loud, epically cheesy action-adventure flicks that center around catastrophe and end with a bang.  In fact, there’s not much difference between Stargate and Independence Day, except for Will Smith, who is a hell of a lot better than James Spader, let me tell you.  As a kid, I was more than a little obsessed with this movie; the Egyptians, the aliens, the spacecraft, the weapons, the lore, the battles, the possibilities.  It was the perfect movie for an 11-year-old boy, a fantasy war drama that wasn’t really too violent or too sexual, an easy mix of bloodless knockouts and explosive laser beams.  Stargate is still a favorite of mine, and always reminds me of what it was like to be young and excited and ready to absorb cinema.

Generations ago, a colossal ring was found in the deserts of Egypt, along with stone tablets covered in strange symbols.  The ring seemed to be a portal to, well, somewhere, but no one could ever get it to work, there was one symbol missing, and the original language died thousands of years ago anyway.  Enter Dr. Daniel Jackson, a crackpot linguist who thinks that there are flaws in the history of the Egyptians, that someone else might have been present during the construction of the pyramids.  And he’s right; when he gains access to the “Stargate”, Daniel discovers that it leads to another planet, a place where a civilization lives as a slave nation to a being that could once travel between our two worlds.  That being is the essence of evil, and must be stopped from dominating this people and perhaps destroying our own.

I think 11-year-old me gave Stargate a little more license than 35-year-old me is able to, but I can still enjoy a childhood favorite from a director who knows exactly what he’s doing and doesn’t apologize for it.  Emmerich has to know that his films are ridiculous, but that’s part of the appeal; I want giant explosions sometimes, especially after I see the world almost end.  It’s fun for everyone that I won’t ever stop enjoying completely, even if now I can see a little more lack of talent at the foundation than I was once able to.  For example, James Spader, who is absolutely awful in this movie and was completely miscast from the beginning.  Kurt Russell is only slightly better, probably because he just doesn’t talk as much.  The rest of the cast has a few faces you may recognize: Leon Rippy, John Diehl, Djimon Hounsou, Erick Avari, French Stewart, Richard Kind.  They form a fairly adequate company, the music is strong, the effects were good at the time, and I recall being awed by the pseudo-Egyptian technology and costumes.  The next time I watch it’ll be with my own kids, and that’s a showing I look forward to.