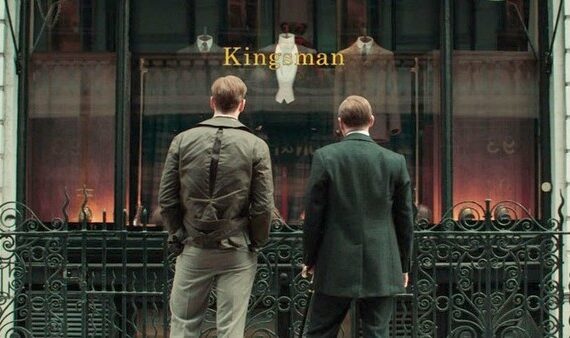 Kingsman was a shocking surprise, a smash success, and put Taron Egerton on the map, where he has been centrally located ever since.  The kid is a wizard, he made those two films, but this time, with The King’s Man, we go back into the past, and, well, his character wasn’t born yet.  Without that magic, we were left with little more than cool action balanced atop cool history, and while that’s …cool …it sure isn’t quite enough.  This film suffers from missing pieces, and, unfortunately, always feels lacking.

Duke Orlando Oxford made a vow to keep his son from war and the dangers of man; easy peasy when you’re already one the richest people in turn-of-the-20th-century England, just keep him at the manor house & grounds.  But when an evil organization bent on war begins pulling the puppet strings of the world, Britain’s aristocracy will be called upon to defend its people.  Oxford, who has secretly been watching geopolitics from the shadows, lets his son Conrad in on a little secret; WWI can be brought to an end by those who are cleverly and quietly in the shadows, if only they have the courage to take action.

Well, the cast was fun: Ralph Fiennes, Djimon Hounsou, Matthew Goode, Charles Dance, Rhys Ifans, Daniel Bruhl, Tom Hollander, Aaron Taylor-Johnson, Stanley Tucci.  And there were three awesome action sequences at the beginning, middle, and end: Ballet, Mud, Goat.  But really, other than that (and other than the history element, which was kinda neat, and a wacky way of unraveling true facts with fictional characters), there wasn’t much going on.  Or, rather, sometimes there was too much going on, but somehow that amounts to the same thing, if you know what I mean.  We needed Taron, Harris didn’t do it, and although I like Fiennes, his role was simply odd, where Firth’s was much more fitting.  The King’s Man was fun at time but mostly throwaway, and it could have been crafted much better than that, which is rather a pity.