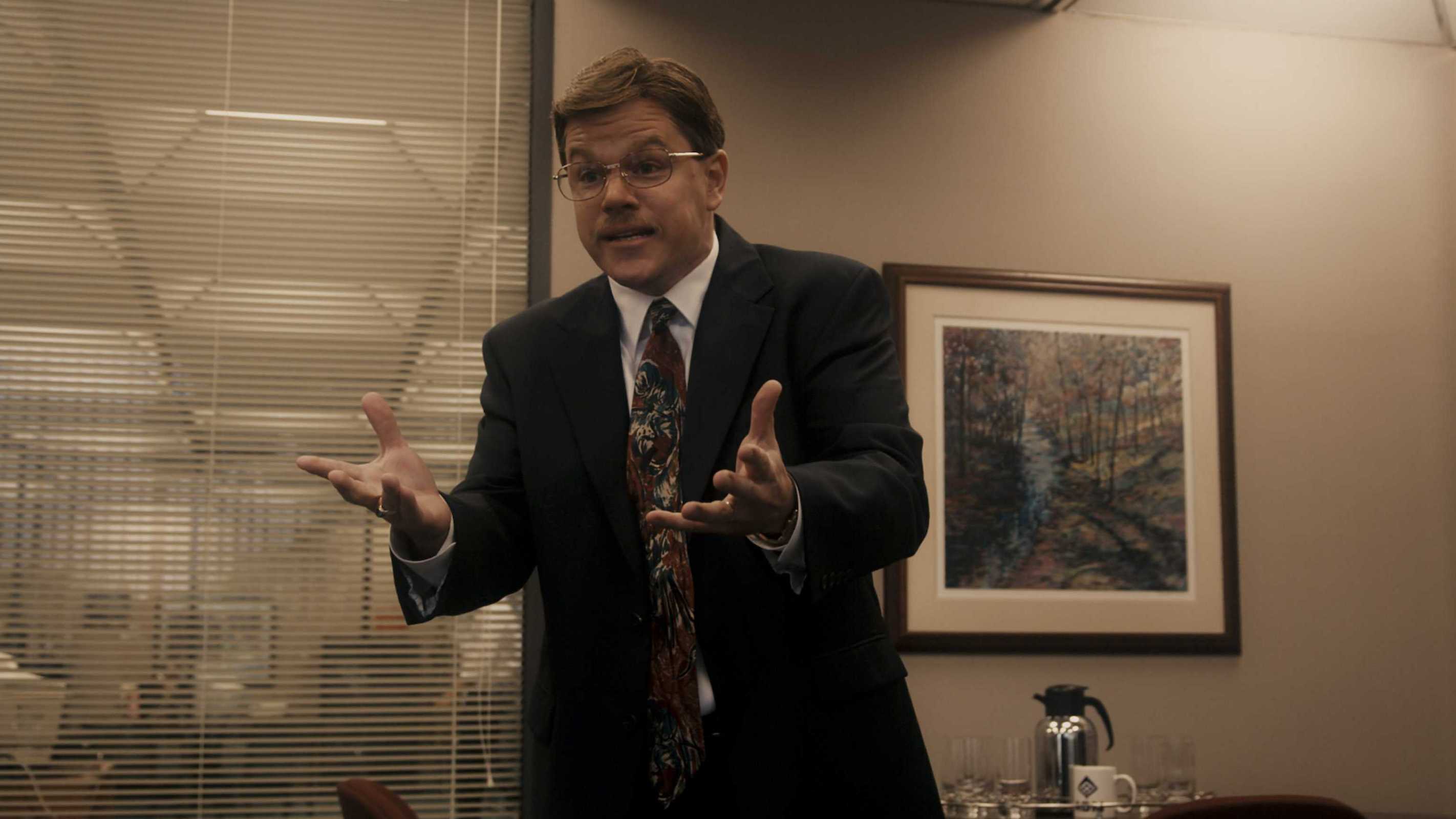 The exclamation mark at the end of this title tells you all you need to know about this movie.  It’s a not-so-subtle clue that what you are about to watch is ridiculous, but, in this case, only because it’s mostly true.  The Informant! is based on a non-fiction crime novel about a real life white-collar caper that still defies understanding, only because the man at the middle of it was such an idiot.  The exclamation mark combined with Matt Damon’s face on the cover will start you chuckling before you even start watching, and by the end you’ll be shaking your head in disbelief, because sometimes criminals can simply be that dumb.  Soderbergh was in rare form for this film, Matt Damon was the perfect choice, George Clooney produced, Marvin Hamlisch did the music; how they got so many talented people in the room at the same time to adapt this story for the screen is beyond my, but I’m glad it happened, because the result is gold.

Mark Whitacre works for a giant corporation, ADM, which processes a lot of corn, putting the byproducts into everything we eat and drink and see.  Mark’s job is to create the process that creates the sugars that creates the product; it’s complicated.  He’s also a vice president, knows all the ins & outs of the industry, and makes a lot of money in the process.  But he’s also a compulsive liar, or at least a man who lives in a fantasy world in which he’s the good guy in every situation, a hero who will rise to the top no matter what.  When Mark brings a wild tale about a 10 million dollar bribery to his bosses, they bring in the FBI to meet with Mark and to hear his story.  Inexplicably, Mark starts telling the FBI that his company is price fixing, which of course is illegal, and he begins work as an informant in a blockbuster case.  Over the course of years Mark helps the FBI stockpile data, all the while lying to them about his involvement, his reasons, his money, and basically his sanity.

This might be the very first Soderbergh film I’ve enjoyed.  Really, looking back, I disagree with the popular opinion, I think the majority of his movies are really bad, or at least nothing to write home about.  Actually, George Clooney’s fingerprints are smudged all over this feature, and Matt Damon is the hands-down star, so perhaps that’s why I was entertained by it so much.  Damon is hilarious as the bumbling bandit Whitacre, carrying a bit of a Burn After Reading feel alongside him, which may also reflect on Clooney.  The film also smells an awful lot like a less-violent Suburbicon, which makes sense, but is fine by me, since I liked that one more than most critics.  The Informant! is pure fun, made more incredible by the fact that it’s a true story, that someone was seriously this vague, that they thought they could get away with these crimes.  Damon is great, Lynskey is so adorable in everything she does, and the rest of the cast is too full of semi-stars to write down.  They all team up wonderfully though, and the 90s feel prevalent through the plot is fantastically dated.  If you are in the mood for a Coen Bros. comedy without the gore, then here you go; I’m not saying it’s as good as those icons, but it’s not so far off.