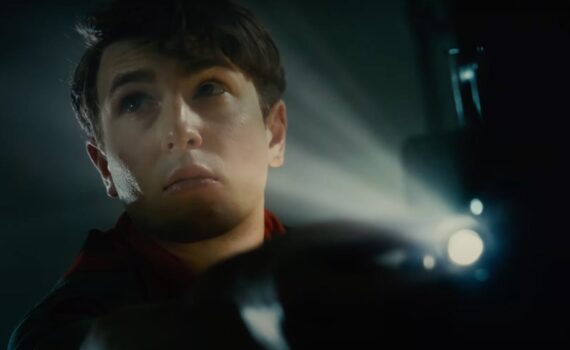 The Fabelmans is a movie that Dawson Leery would be ecstatic to watch and would ultimately love; it’s his story, our story, Spielberg’s story, any artist’s story, and it definitely comes from the heart.  If you’ve ever watched Dawson’s Creek, that’s what it’s ultimately about; following your heart, doing what you are passionate about, being with those you love, and telling the truth about yourself.  That’s what Steven did here, he was honest about his origins, the good & the bad, and while he’s too close to the material to make the retelling spectacular, his steady talent mixed with his most open voice makes The Fabelmans something special, whether you ultimately like it or not.

Sammy’s first theatre experience was The Greatest Show on Earth, and from that moment on he knew one thing; that he had to make movies.  Starting with a train set and his dad’s camera, Sammy relived the greatest scenes, started creating his own, and dove headfirst into the life of an amateur director.  We follow Sam Fabelman as he grows up, moves states, and goes to high school, all the while improving his craft and turning a hobby into a real passion.  Amid family struggles & mental illness, Sammy’s dream takes flight, and we know that he’s destined, one day, to become a real filmmaker, a real artist, and a real icon.

So, this is Spielberg; I hope that’s what you were hoping for.  This is his story, his emotional retelling, his life on display, and while it might be fiction, technically, it’s also very real.  But that makes him nonobjective, which quickly becomes a problem, since his lead actress is hard to watch and hard to connect with.  Michelle Williams isn’t who she once was, and that’s very sad; blame society, blame unfair standards, blame what you will, but the fact remains that Williams’ cosmetic procedures have limited her display of emotions, and that her best years are far behind her.  I wish the mother storyline had been completely eliminated, because not only would that have knocked an hour off the bloated runtime, but it would have made the movie basically flawless; all the rest was excellent.

LaBelle was a revelation, the music rocked, the writing was clever, the plot was familiarly familial, the scenes looked awesome, it made you love movies all over again, and Spielberg was classically in his element; so much worked it’s hard to write it all down.  But one actor can bring down the whole project, and Williams wasn’t strong; she was definitely making bold choices, but god were they the wrong ones, and her appearance was distracting.  The Fabelmans is a nice film, one that many audiences will just adore, and one that may even get enough support to win awards, who knows.  But it’s too personal to relate to wholly and too reliant on one actress who has made one too many mistakes; watch with an ear to the comedy & an eye on the art, ignoring the one big mistake, because the rest of the film is worth it, it’s just too little too late.