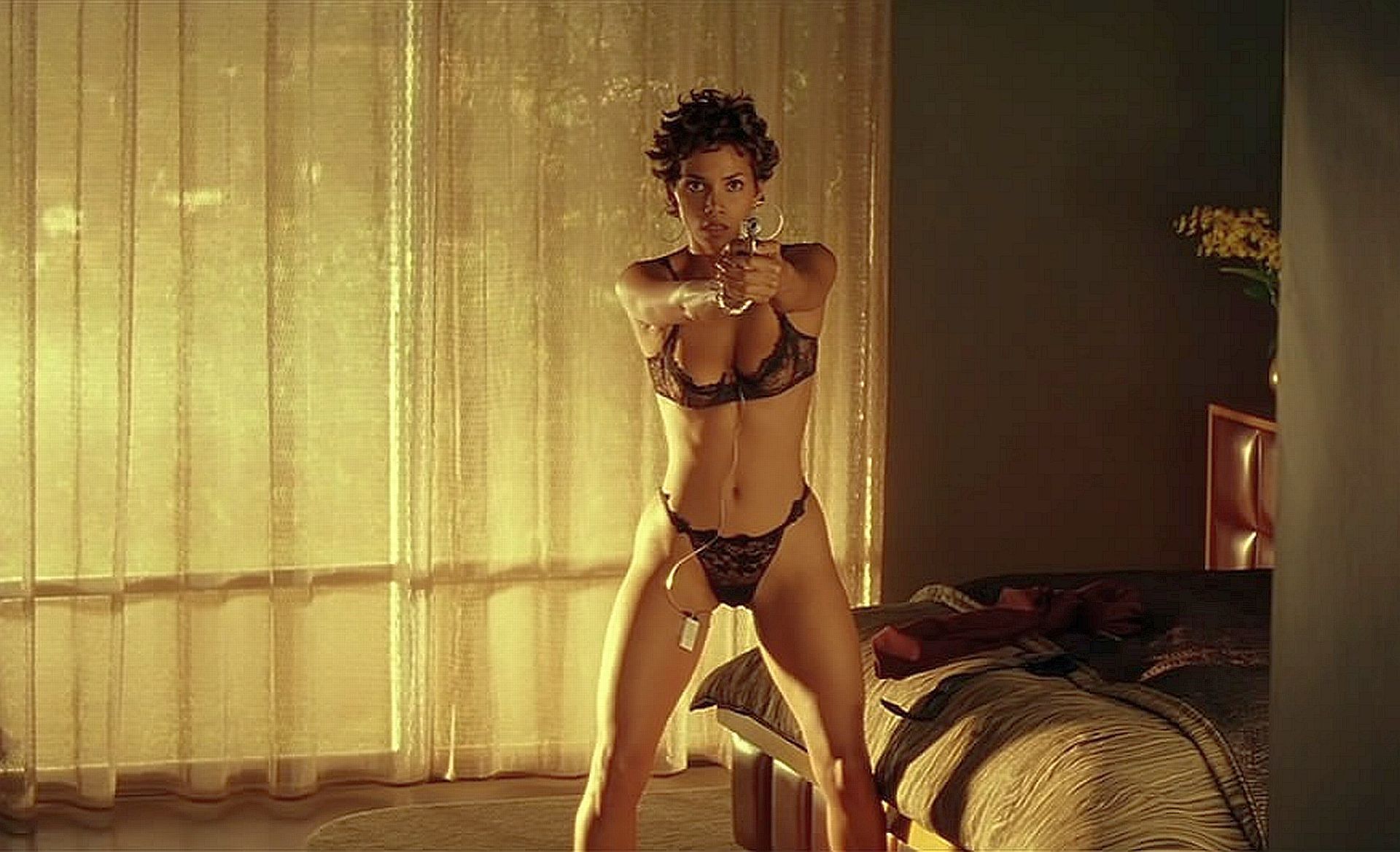 When your movie is only watched and/or remembered because of Halle Berry’s boobs, you know you’ve done something wrong.  Such is the case with Swordfish, and although the same might be said by some about Monster’s Ball, at least that film had a few other memorable parts aside from the Berry/Thornton sex scene.  It had plot and good acting, which is something Swordfish can’t claim.  No, the only positive about this film is Halle Berry, and that’s not what you want.  Director Dominic Sena has made a career out of bad movies (Gone in Sixty Seconds, Whiteout, Season of the Witch), with Kalifornia being the only exception, and that solely because of Brad Pitt, so it shouldn’t come as a surprise that this one is bad as well, a throwaway action/thriller that might never be completely forgotten, but shouldn’t brag too much about that fact.

Stanley is a washed up hacker with a record who can’t get a good job or time with his daughter, a loser in all ways.  He used to be somebody, at least in the underworld, but can’t even do that anymore, too afraid of being sent right back to prison & never seeing his child again.  Well, how ’bout one more shot at getting rich quick, just for old time’s sake?  Stanley signs on with Gabriel Shear, a madman attempting to steal billions of dollars to fund a personal war, and you can guarantee that all will not go as planned.  There’s the beautiful Ginger to contend with, as well as a snoopy FBI agent muddying the waters, and double-crossing will occur more times than you can count.  Stanley is in over his head once again, with only his talent to rely on, and the whole world trying to catch him with his hand in the cookie jar.

Halle Berry is indeed hot in this movie, and that’s about where the positives end.  A young Hugh Jackman is totally unbelievable as a genius hacker and continually bumbles his way through a ridiculous plot filled with holes.  John Travolta sports a soul patch and tries to convince us that he’s a criminal mastermind, which is exactly as comical as it sounds.  And Don Cheadle pops his head in for no reason, failing to be relevant in any way.  So the characters pretty much suck, so do their doofy names, and no one should try real hard to understand why any of them do anything.  Sena directs another unnecessary action film that’s shot all in yellow for some reason, co-stars Vinnie Jones as muscle, blows people up in slo-mo, and really ought not to be taken seriously in any way, shape, or form.  If you missed this movie in 2001, don’t bother now.