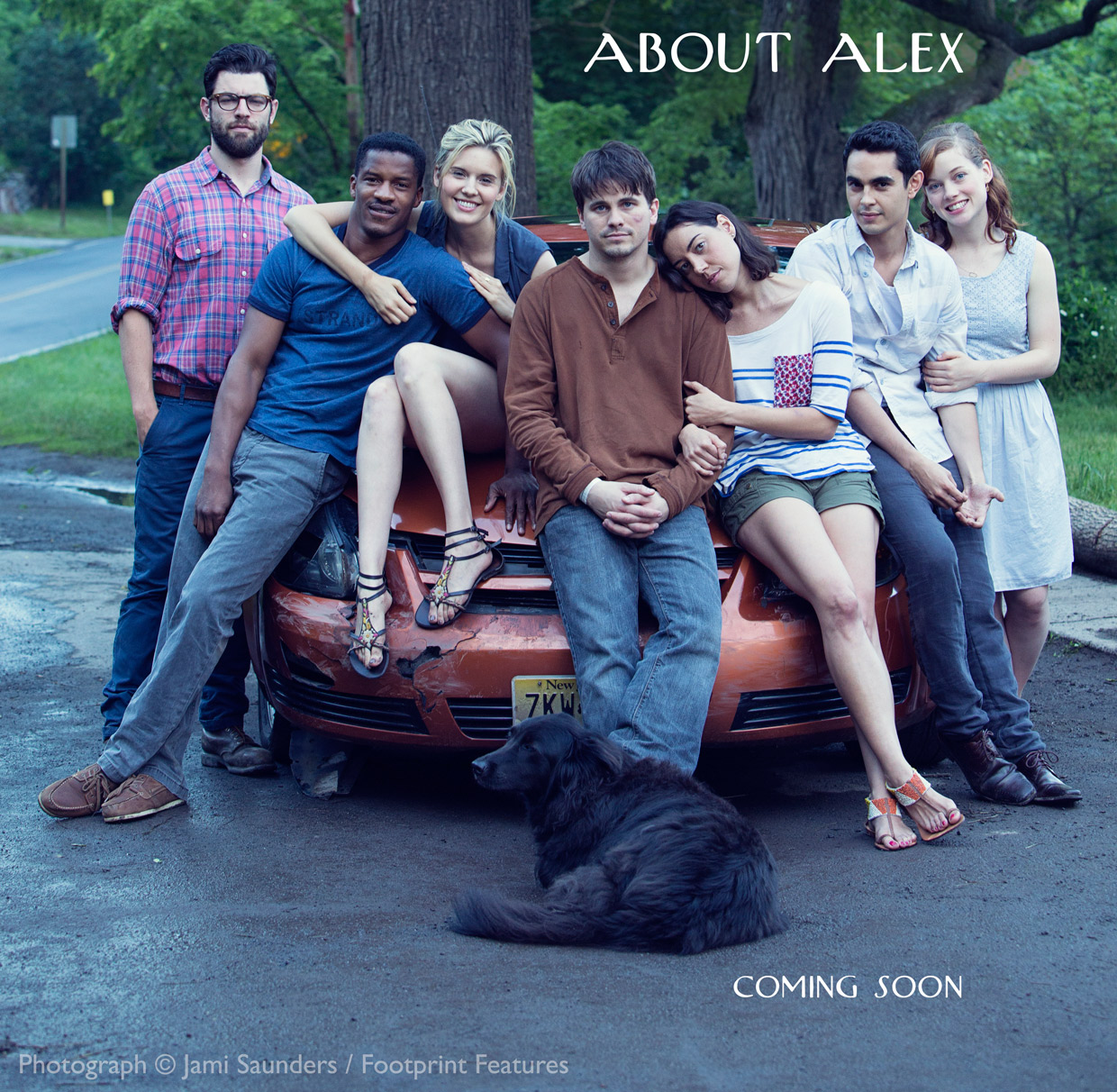 In a scene at a dinner table, About Alex compares itself to The Big Chill, with a character noticing that events are falling out just like an 80s movie, all the friends gathering back together after all these years to discuss the past & look toward the future.  And while it’s alright to make a nod to the past, especially to a film you’ve been ripping off since the opening credits, I don’t know if forcing the connection is a good idea.  After all, many have tried, few have succeeded, and matching one of the greats of the genre might be a near-impossible task.  If you want a modern Big Chill, check out Beside Still Waters, a movie with heart & nostalgia in large, impressive, Indie doses.  But don’t expect the same from About Alex, a film that tries more than it succeeds.

A group of six college friends, with the addition of a Plus One, reunite following the attempted suicide of one of their number.  Alex the troubled loner who never felt like he fit in.  Ben the writer whose surface seems more successful than his actual actually is.  Siri his perfect girlfriend who has always been by his side.  Josh the cynic who has always loved Siri.  Sarah the caregiver who sleeps with Josh but who loves Isaac.  Isaac the Republican money-maker who doesn’t put much stock in feelings.  These friends come together for a weekend to support Alex but leave having learned valuable lessons about themselves; what made them who they are, what mistakes they’ve made so far, and how bright the future can still be if they start making good choices.

There’s a little too many obvious themes/lessons/morals for About Alex to be an exceptional film.  Actually, there’s no way it could be exceptional by definition, since its much more a genre film than it is an exception to any rules.  It sticks to the standard recipe, acknowledges that fact, and hopes we enjoy our 90 minutes anyway.  And in some ways I did.  The characters are likeable, relatable, if becoming caricatures far too quickly.  They all represent certain aspects, which is fine, but which also stunts the growth of any one of them individually.  Greenfield, Plaza, & Parker are the strongest, but even they can’t save the film from becoming a little too typical for its own good.  Check out Beside Still Waters instead; it’s more dynamic & enjoyable, while still capturing the feeling we all secretly yearn for.