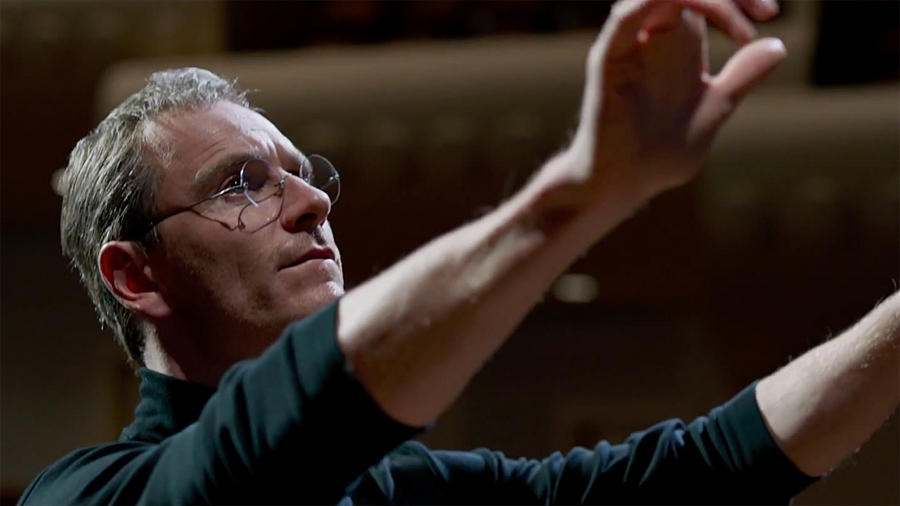 Hearing the names ‘Boyle’ & ‘Fassbender’ together, the first thing I thought of was ‘championship’.  That’s a pairing that should deliver movie gold, guaranteed, no questions asked.  It’s the modern equivalent to Spielberg & Hanks, and, ironically, could be even better than current Spielberg & Hanks, surpassing Bridge of Spies as the dramatic, heart-pounding Oscar front-runner of the year.  And Boyle is familiar with the Academy Awards, winning Best Director for Slumdog Millionaire and sharing a Best Picture nomination for 127 Hours.  Meanwhile, Fassbender was nominated for Best Actor for 12 Years a Slave, and seems to just be reaching his full potential as one of the world’s leading dramatists.  So, this is a film that was almost destined to succeed in all areas, to represent its cast & crew at the Oscars, and to win the accolades of critics & audiences everywhere.  With so much expectation, Steve Jobs is somehow able to both deliver & surprise, cementing itself as an incredibly deserving awards behemoth.

Over the course of 14 years, the planet’s tech world is changed in amazing ways by the brilliance of a single man.  Or, at least, that’s the way the man himself sees it, though we are allowed to sneak behind-the-scenes into a world that is not as perfect as it appears on stage.  Steve Jobs, the innovator of the century, maneuvers his private and business lives as he unveils three different game-changing computer platforms.  In 1984, it’s the release of the Macintosh, an incredibly expensive personal computer that will revolutionize the industry.  In 1988, Jobs has founded NeXT and is prepared to launch the Black Cube, in direct competition with his former company, Apple.  And in 1998, Jobs presents the first iMac, a computer that is still a tech standard to this very day.  Three unveilings, three peeks into the world of a genius, and three brutally unnerving glances at a man whose stability hangs by a thread. Within the first few minutes, I began to have a very certain Birdman feeling, as if Doyle had witnessed the attention that driving style of filmmaking had garnered Inarritu, and wanted to harness it as his own.  But then, as the film continued, I saw that the plot was never meant to take place outside the arenas of Jobs’ theatre, and that the story would be told inside driving action, with flashes of history to keep our journey pointed in the right direction.  Brilliance, and not just for developing a clever style, but for crafting a movie that made my eyes dry from a lack of blinking, that held me tied to the drama of all three time periods as if each one held secrets that I desperately needed to learn.  Doyle does his best work here, orchestrating similar events three times, but making them unique in their intensity, letting them reveal what they will, and never forcing the film into a direction that would have made Steve Jobs just another cheap biography.

But even such planning & talent wouldn’t have been enough to pull off such a monumental task had the cast not been up to par.  Thankfully, not only were they suited to their roles, but they delivered performances that could go down as career high-points.  Fassbender as Jobs was perfect, playing the man as part psychopath, part artist, showing that the world in not changed by ordinary beings.  Kate Winslet alongside him did something she so very rarely does; left sex behind, became an actress in totality, even used an accent to her benefit, and gave us the best character she has ever produced.  Even Seth Rogen jumped on board in a somewhat smaller role and gave 100% in order to create something we could remember years later.  I might not have loved Jeff Daniels, but I was amazed by Michael Stuhlbarg, an actor who may finally gain some of the respect he deserves.  Steve Jobs is a fast-paced, emotional, uncomfortable, and sometimes overwhelming all-access pass to a place we are not allowed to go, and warrants the praise it has already & will definitely receive.