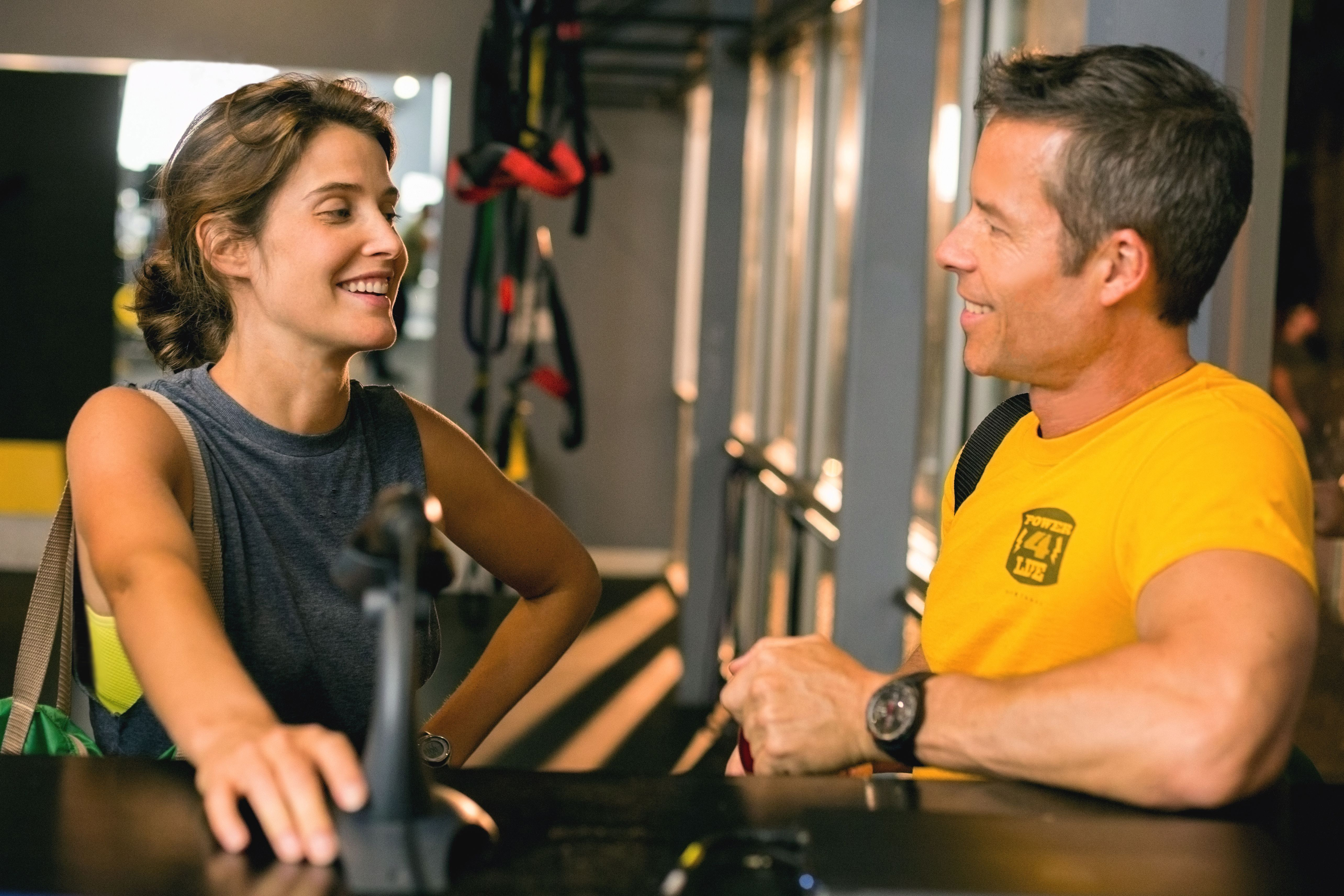 In the vein of Better Living Through Chemistry, Results is an off-beat dramody that never needed to be made.  It’s funny, barely.  It has a message, kinda.  And its cast will draw attention on its names alone, whether or not the film as a whole looks good.  And, let me tell you, there isn’t a whole lot of good here.  These movies are a dime a dozen, easily made & easily swallowed.  They don’t have much substance, keep the jokes simple, and don’t try to become anything other than throw-away.  I guess that’s a genre, it doesn’t take much money to make, and enough people will watch to garner more.  But there’s something sad about this style, a lack of effort that’s depressing, and there’s not enough to grab on to that will make you remember the story any more than a day later.

Trevor and Kat work together at a personal training company that promotes lifestyle change & positive thinking as well as general fitness.  Trevor is the owner, an Australian exercise guru who has big dreams for his company.  Kat is his most successful trainer, if a little hard on her clients.  Together they make it work, despite a little sexual tension and often despising each other.  A new client named Danny, a newly-made millionaire, wants someone to whip him into shape, but what he’ll ultimately do is shape the lives of the two trainers who come to his mansion to meet him.  He’s an unhappy guy, lonely & kinda weird, but he senses real love between Trevor & Kate and will use him money to see it realized.

There’s really no point in watching this movie.  I mean, Guy Pearce is fine, Cobie Smulders is alright, Kevin Corrigan is naturally interesting, but beyond the actors themselves there’s nothing to remember 5 minutes after it happens.  The plot is a stretch, the love story too obvious, and someone failed to create a pace that worked for the entire hour & a half.  There are a few moments of clever comedy, a couple conversations that go beyond ridiculous to a place that seems bizarrely believable.  But that’s not much of the film, the majority is given to fluff & bore that ought to have been edited out.  Mark this up as just another small potatoes director getting a hold of a known cast, making a mediocre movie, and being strangely fine with that.