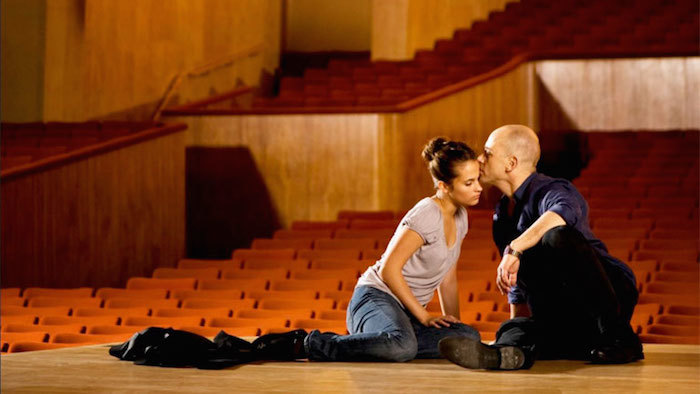 Alicia Vikander is having one hell of a beginning to her career.  This Swedish actress was building quite a portfolio in her native country with short films and television series before here work in America began.  I first saw her in Ex Machina, a brilliant performance, which was somewhat overlooked.  However, she was nominated for an Oscar for her role in The Danish Girl, another strong delivery.  In between, her films were mediocre: Son of a Gun, The Man from U.N.C.L.E.  But here with Pure we go back to the very beginning, to the Swedish film that began her career, and sent her down the path to where she is now.  Not a bad way to start.

Young Katarina has more problems than she can count, and no way to solve them.  A checkered past has marred her reputation, branded her a slut, and landed her a case worker.  Anger issues stop her from keeping a job or getting along with others.  A deadbeat mother has driven her away from home, into the arms of a kind boyfriend but someone she doesn’t have any passion for.  No, life holds no flavor for Katarina, until the day she hears Mozart.  His music represents to her all that is beautiful in the world, all that is possible, all that she’s never known.  She is drawn to the local concert hall, secures a job, falls in love with a conductor, begins to read poetry, and seems on a path to betterment.  But it’s not that simple, music doesn’t kill your inner demons, and humans aren’t as lovely as their music might make them seem.

Especially for her very first major role, this was one of Vikander’s best.  She was perfect as Katarina; hurt, angry, fragile, young, naive, volatile.  She impressed me as much for her young age as for her talent, coming across as someone who had been born to appear on screen.  That she’s beautiful doesn’t hurt, but she didn’t sell her body here, she owned every sexual moment instead, keeping control while still holding the character above the noise.  The side actors were equally impressive, Froler & Wallstrom representing opposite males, opposite choices.  The music was great, the mood was great, the setting was great, and I love the Swedish language.  If you’re a fan of Vikander (Anna Karenina, Testament of Youth), see her here; your opinion will only be bolstered.