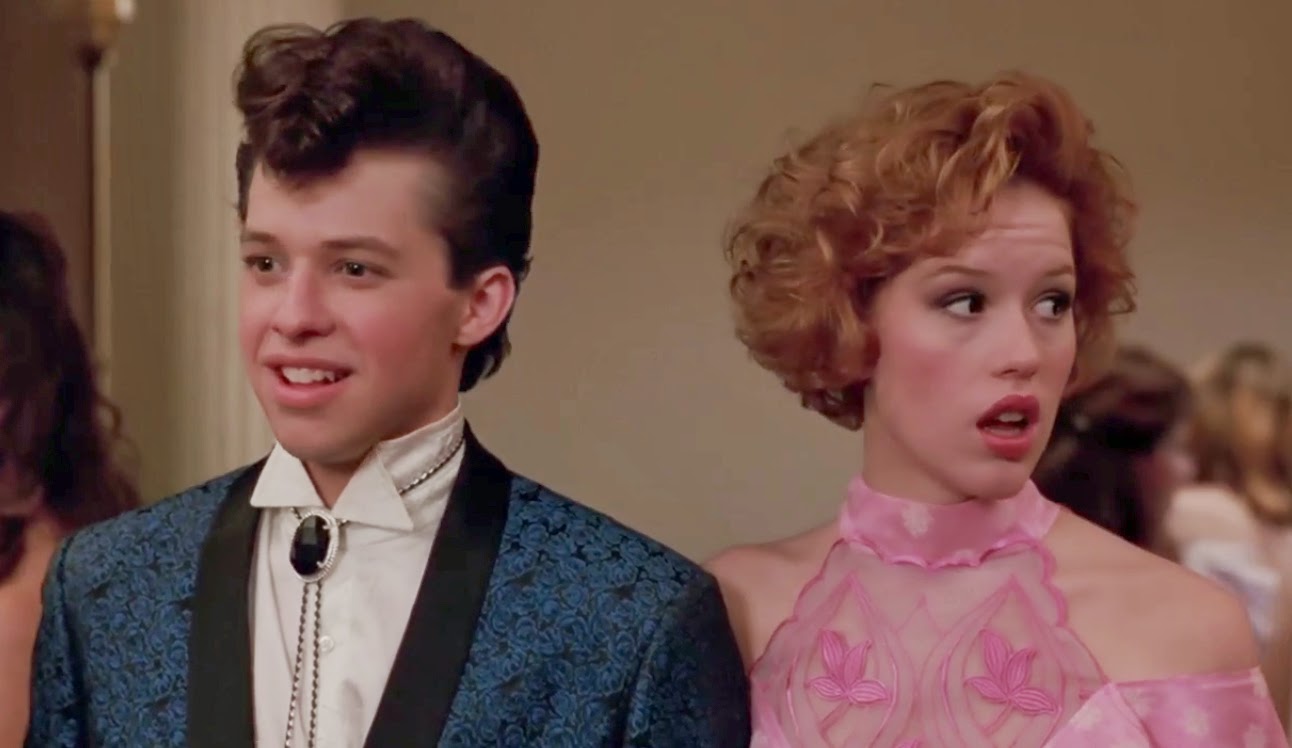 The shocking thing about Pretty in Pink is how much worse it is than Ferris Bueller.  They came out the same year, were written by John Hughes, and both feature a character who literally dresses the exact same.  They capture the 80s perfectly, teen angst in a way that very few films since have been able to accomplish, and have gone down in cinematic history as icons of the genre.  But one is far superior to the other, and it’s not even up for debate.  The problem is that John Hughes is a genius, but he didn’t direct Pretty in Pink, he directed Ferris Bueller instead, and that’s the film that got the magic.  The other just got nostalgia, but without a sense of purpose or the talent to back it up, resulting in a boring walk down memory lane that won’t end as happily as you had dreamed.

As Andie approaches her senior prom, she looks back on all she didn’t do in high school and regrets that she never made any move big enough to remember, never said what she wanted to say, never made the mark she was destined to make.  She spent most of her time helping her dad stay on his feet after her mom left, and the rest pestered by Duckie, a childhood friend who has loved her forever but who she simply doesn’t see that way.  But Andie’s got a spark, people see it; the rich, beautiful girls are jealous of whatever it is and some of the popular boys take notice too, though covertly.  Andie’s entire existence has been covert, until now, when Blane finally works up the nerve to cross the tracks and make his feelings known.  But it might be too late, and young love might not be powerful enough to break down the class divides that have always stood between us and won’t come crashing down without a fight.

What’s so sad, looking back, is that John Hughes only directed 8 movies; that’s it, that’s all we get, and that’s just not enough.  Sixteen Candles, Breakfast Club, Weird Science, Ferris Bueller, Planes Trains & Automobiles, She’s Having a Baby, Uncle Buck, Curly Sue; legends, pure legends.  And of course he wrote even more: National Lampoon’s Vacation, Mr. Mom, Pretty in Pink, Some Kind of Wonderful, The Great Outdoors, Christmas Vacation, Home Alone, Dutch, Beethoven, Miracle of 34th Street, and some others that are mostly silly and often sequels.  Point is, Hughes was the master, but it took skill to take his stories and turn them into masterpieces, and not everyone was up to the challenge.  Deutch is the director of relatively bad movies and TV, and shouldn’t have been given this responsibility.  The story turned boring, dated, cliched, and not something audiences can particularly root for; I’m honestly not really sure why it’s a classic at all, despite Hughes’ talent and Ringwald’s era charm.  The cast impressed me the most: Ringwald was such an It Girl, McCarthy an It Boy, Cryer would go on to do Two and a Half Men *vomit*, Harry Dean Stanton, Annie Potts, James Spader, Andrew Dice Clay, Gina Gershon, Dweezil Zappa.  But that wasn’t enough to win me over, and the next time I go back to 80s cinema for some fun, I’ll be watching something else.