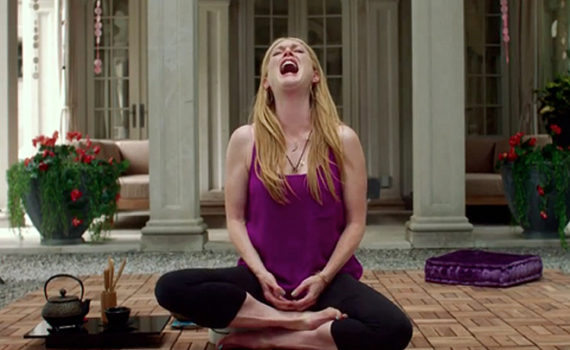 I think David Cronenberg is a bit too weird for me.  I wouldn’t label myself as someone who is bothered by weird; after all, I think Yorgos Lanthimos is brilliant, and my favorite director is Wes Anderson, who is definitely odd.  But Cronenberg’s style is out there, and the way he has his actors deliver their lines has always rubbed me the wrong way.  The Dead  Zone, The Fly, Naked Lunch, eXistenZ, A History of Violence, Eastern Promises, A Dangerous Method, Cosmopolis, and Maps to the Stars, his last film.  All weird, some better than others, and now the 75-year-old has slowed down, so we’ll see where he goes from here.  This film is bonkers, not in a good way, and not fantastically like some of his others, but still bizarre, and it sat badly with me from start to finish.

Hollywood makes very little sense, and the people who make it a tourist destination make even less.  One family, the Weiss clan, is more screwed up than the rest; Benjie was a child star but has since gone through rehab, his mother is his manager, his father is a life guru of some kind, and his sister burned down the house during a psychotic episode years ago and has since lived in Florida.  Well she’s back to “reconcile” with the family, she’s dating a limo driver named Jerome, and working for an actress named Havana, who keeps having visions of her actress mother who died in a fire.  All their stories are interlinked and running amok, as they travel down the paths of fame and fortune toward some unattainable goal.

Again, I don’t usually mind weird, but wow, Maps to the Stars lost my interest and my focus very early on and never gained it back.  It isn’t worth picking apart and searching for metaphors, it’s just such a mess of narratives and characters and meanings, until nothing makes sense and it’s too hard to even look at.  The story is strange enough, the interactions more so, but the casting might be where Cronenberg went the most off course.  Wasikowska, Moore, Bird, John Cusack, Olivia Williams, Robert Pattinson, Sarah Gadon; why, why, and why again, when many of them had to hide their natural accents and none of them fit in well with the rest.  I don’t know what the director was thinking when he created the film, nor what the writer was going for when he put pen to paper; Bruce Wagner isn’t exactly  respected a screenwriter.  There is no one I would recommend this movie to, not a single person I can think of who would enjoy anything about it; I’m really not sure why it was ever created.